If we at the Freedom From Religion Foundation needed any indication that the relatively leisurely days of summer are over, this week was it.

From Thomas Jefferson to Donald Trump (with some blasphemy thrown in) 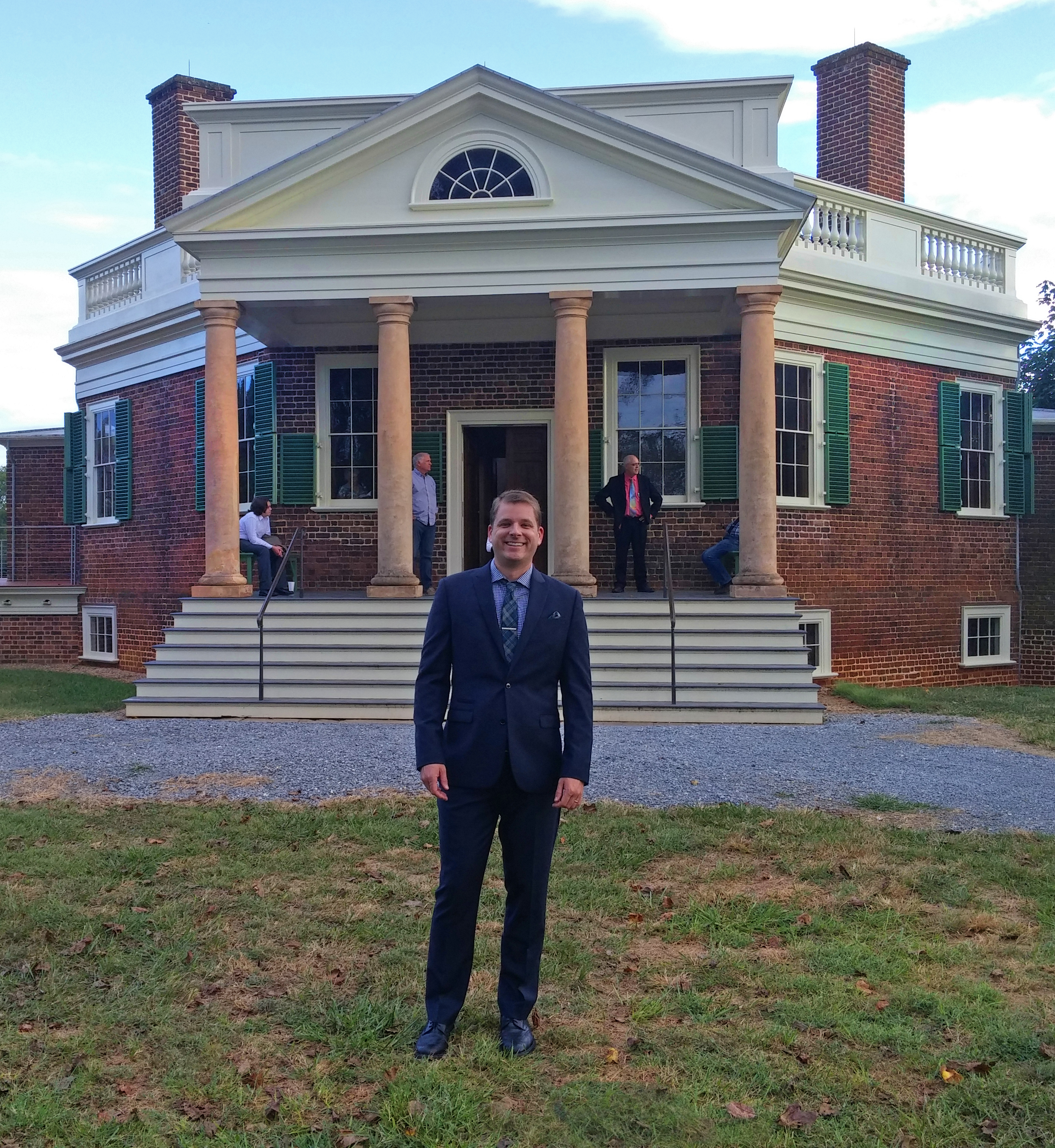 Staff Attorney Andrew Seidel wrote a number of pieces. He had a lovely reflection about the awe-inspiring experience of speaking on state and church in Thomas Jefferson’s dining room.

When Donald Trump (jokingly or otherwise) singled out non-Christians at a rally, Andrew exposed the fallacy of the approach. “Want to win an election?” Andrew asked. “Court secular voters, not conservative Christians.”

And Andrew had real fun writing a defense of International Blasphemy Rights Day (which is today). “Exercise your right to blaspheme,” Andrew wrote. “Damn the gods you were taught to believe in or the irrational dogma you grew up in.”

Maddy also warned the media and our members about Orange County in California and its practice of beginning its meetings with a prayer. We’re asking the board to immediately cease and desist.

More regular matters took up our time, too. We alerted a bunch of Indiana schools about religion-infused events that they are hosting. And we celebrated a victory when a number of Wisconsin schools promised us that they would be extra-vigilant about school assemblies hosted by one of the groups we warned the Indiana schools about.

We also turned our gaze down South to an old nemesis. Alabama Supreme Court Chief Justice Roy Moore, the most notorious figure the state has produced after George Wallace, was facing ethics charges for defying the U.S. Supreme Court on same-sex marriage, and so we weighed in. “Chief Justice Roy Moore may be finally reaching the end of his ignominious career with the ongoing ethics trial,” Co-President Annie Laurie Gaylor said. (Much to our delight, Moore was suspended the day after we wrote these words.)

We’ll be in the trenches

But the fight against theocratic politics is far from over. Churches all over the country annually organize “Pulpit Freedom Sunday” (on Oct. 2) to incite church pastors into flouting the law. It assumes an even more ominous tone this year, since House Majority Whip Steve Scalise is introducing a bill in Congress that would lift many of the protective restrictions on 501(c)(3) nonprofits, including churches. You can be sure we’ll be in the trenches fighting such efforts.

Scalise’s bill singles out FFRF for condemnation, making it even more important for us to respond. And when an Arizona Republic columnist accused us of overkill (even while generally sympathizing with us), you know we had to set her straight.

But you don’t have to engage in rapid response when you listen to our radio show. This week for your easy freethinking listening pleasure, we have journalist Katherine Ozment talking about her acclaimed book, “Grace Without God.” We also discuss figures of notoriety such as Roy Moore and the guy governing our home state, Scott Walker.

Our annual convention in Pittsburgh is coming up next weekend. We have a whole array of exciting speakers, including a Bangladeshi-American who was almost killed for her unbelief and a former pastor who will be coming out as an atheist (with an NBC TV producer in tow to cover the event).

We did so much within a regular workweek—and it was all due to the support and backing of our members and sympathizers.

All Articles by this author
PrevPreviousIn honor of Blasphemy Day and Bill Donohue: Damn the pope
NextBlack robes at the Red Mass: the undesirable religiosity of Supreme Court justicesNext