Skip to content
PrevPreviousTrump is bringing “Handmaid’s Tale” to life
NextWhy did FFRF sue Trump, when others did not?Next

We were quick on the draw

A new feature, “FFRF Newsbite,” debuts in this weekly update — a short, fun, candid segment involving a staff member giving you the inside scoop on a topical FFRF news story. 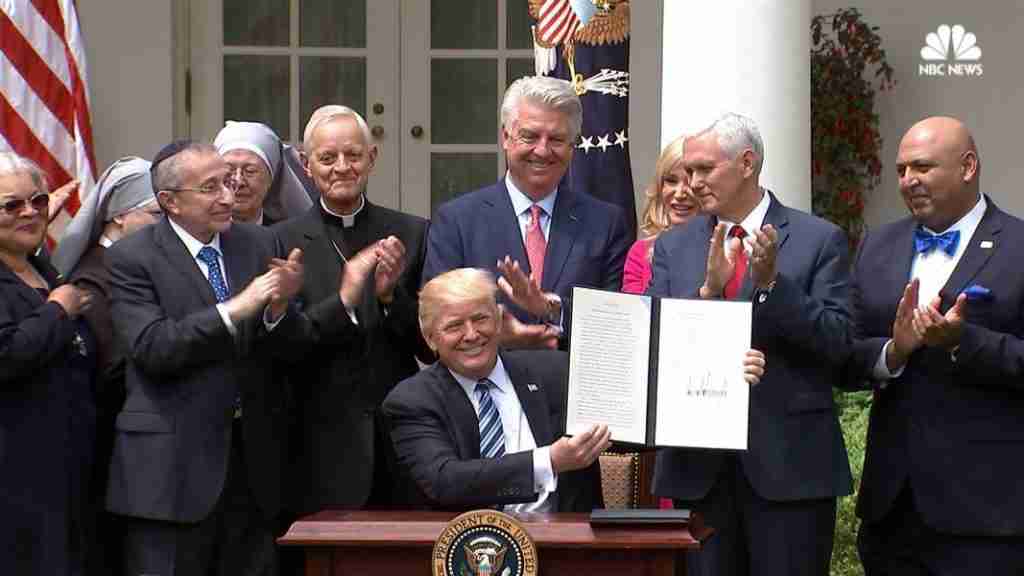 The new political dispensation in Washington is sure keeping us on our toes here at the Freedom From Religion Foundation.

A good portion of our time recently has been taken up strategizing on our reaction to President Trump’s “religious liberty” order. We’ve been planning a response for months, ever since a draft was leaked to The Nation magazine. Nonetheless, the past few days were suspense-filled as we awaited the exact language. We closely monitored the news on Thursday, and when Trump signed the order, we were quick on the draw. Our lawsuit challenging the Trump’s administration’s free rein to church electioneering was filed within hours.

Our rapid response got coverage in major media outlets such as the New York Times and the Daily Beast.

“An atheist group is suing President Donald Trump over his religious liberty executive order, which loosens restrictions on political activity by religious groups,” reported the Daily Beast in a story focused exclusively on our case. “The Freedom From Religion Foundation filed suit Thursday in federal court against Trump and the Internal Revenue Service, claiming the order is unconstitutional because it makes government favor religion over nonreligion.”

And The New York Times took note, too, linking to our press release in its story.

“The Freedom From Religion Foundation, which promotes separation between church and state, did file a lawsuit in federal court in Wisconsin on Thursday, saying the president was favoring religious groups over secular nonprofits,” it stated.

Even legal experts were admiring of our move.

“Though much-maligned by religious conservatives, the Supreme Court’s Establishment Clause doctrine still requires that civil laws have a secular purpose, that the primary effect of those laws should be neither to advance nor inhibit religion, and that civil laws should not result in an ‘excessive government entanglement’ with religion,” a University of Virginia law professor wrote on a well-respected legal blog. “The FFRF complaint takes this legal doctrine seriously.”

You might almost think we lacked the bandwidth this week to do other things. But not so.

We sent a letter to four California mayors decrying their participation in an official prayer luncheon — and that, too, with an obnoxious theocratic keynote speaker, David Barton. After our warning, two of the four mayors withdrew from the event.

We had another victory when we ensured that the Gideons wouldn’t again be permitted to distribute bibles in a Michigan school district. “School districts all over the country should beware” of the Gideons, FFRF Co-President Annie Laurie Gaylor cautioned.

We chastised the Kentucky Statehouse for a religiously inspired joint resolution to “include ‘in the Year of our Lord’ in the date of all [Senate/House] floor citations.” The purpose, we pointed out, clearly is to promote Christianity, no matter what the state legislators may pretend.

Closer to home, we continued our legal battle to make sure that a church here in Madison pays its fair share of taxes. We filed an amicus brief in the state Court of Appeals to support the city levying taxes on property that a Catholic church owns in the downtown area. Watch FFRF Staff Attorney Patrick Elliott discuss the case in our broadcast feature, making its debut with this segment. Last year, we filed a legal brief at the circuit court level with the same purpose. The fight continues…

Even with all our legal tussles, we still found time to keep tabs on pop culture — especially on works that speak to our times and concerns.

“It is almost beyond belief,” Annie Laurie wrote in a blog. “The week after the debut of a chilling new miniseries based on Margaret Atwood’s cautionary ‘The Handmaid’s Tale,’ President Trump had the audacity to appoint an anti-abortion activist who claims ‘contraception doesn’t work’ to run a federal family planning program.”

And, obviously, in the midst of all this activity, we never forgot that our central focus is always you — and our fight together to defend secularism. That’s why we asked you to contact Congress to support the National Day of Reason. We mobilized our members in Tennessee and Michigan against terrible license plates and, of course, our California members against 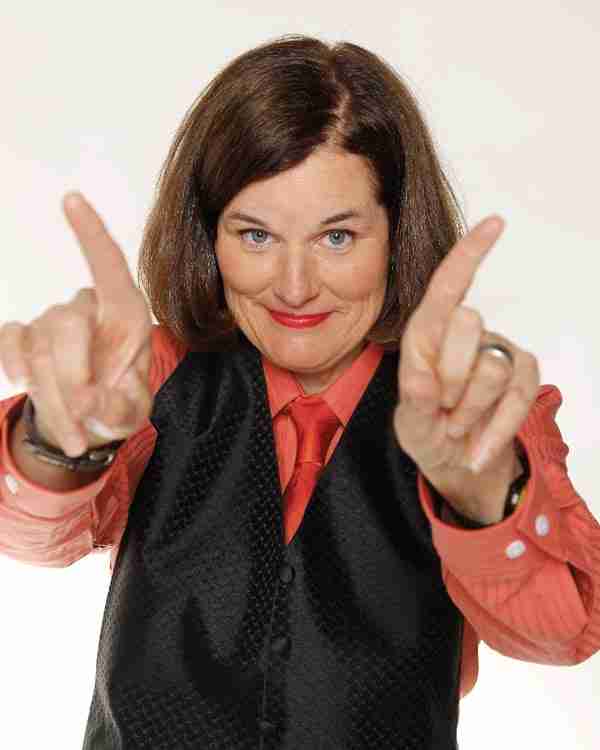 Register now for our convention

And that’s why we can’t let you go for the week without giving you a heads-up on an event that we’ve planned especially for you: our 40th annual convention Sept. 15-17 here in Madison, Wis. Renowned comedian Paula Poundstone will join a star-studded lineup that includes Katha Pollitt, Steven Pinker, Maryam Namazie and many others. Register now!

The convention, our legal battles, our victories, our struggles — all of it happens only due to you, for you.

P.S. Our emphasis on our radio show this week was on legal matters. We talked about our case against Trump’s executive order, and we chatted with Elizabeth Deal, a brave West Virginia mom who has joined FFRF’s lawsuit challenging bible classes in her daughter’s public school.

All Articles by this author
PrevPreviousTrump is bringing “Handmaid’s Tale” to life
NextWhy did FFRF sue Trump, when others did not?Next