Skip to content
PrevPreviousAttack on reproductive rights strikes the Midwest
NextWe Are Celebrating!Next

We fight for our country’s independence from religion

This Fourth of July week, we at the Freedom From Religion Foundation worked doubly hard on fighting for our country’s independence — independence from organized religion, that is.

That’s why we devoted our current segment of “Ask an Atheist” to just that very topic.

And it’s why a number of us FFRF staffers were out demonstrating here in Madison today when House Speaker Paul Ryan received an award from the Boy Scouts of America — an organization that falsely espouses the notion that you can’t be moral unless you’re shackled to religion.

Why we object so much

The same impulse compelled us to protest the New Hampshire Fish and Game Department holding a compulsory hunter safety course inside a church.

“A foundation that focuses on the separation of church and state is asking the Fish and Game Department to stop sanctioning hunter safety classes at a church in Laconia, where attendees received religious fliers with prayers and information about church services,” reports the New Hampshire Union Leader, the state’s most prominent newspaper. “In a June 28 letter to Commissioner Glenn Normandeau, the Freedom From Religion Foundation asks the state to ‘put a halt to the blatant propagation of Christianity during official safety lessons.’”

Similar motivations were at work when we asked for a cross to be taken down from a Georgia fire station.

“An essential service such as the fire department should not be seen as playing religious favorites,” says FFRF Co-President Annie Laurie Gaylor. “Such a display of bias fuels public alienation from our government.”

It was no surprise then that we warned an Indiana school district about a high school soccer team’s Christian mission trip to Panama. “This is a shocking violation of the hallowed principle that state education and religion should be kept separate,” said Annie Laurie.

And if our mission is to reduce the tethering of the mind to dogma, how could we not object to a government-organized upcoming excursion to the notoriously doctrinaire ark park in Kentucky? The Lexington Senior Center should scuttle the outing.

Our commitment to women’s rights

Our commitment to the independence of the mind extends into realms such as women’s rights. FFRF Editorial Assistant Molly Hanson has written a powerful blog on the damage that the Religious Right is causing in states such as Iowa, where they’re behind the closure of Planned Parenthood clinics — and the denial of essential services to innumerable women.

Everyone doesn’t agree with us

Alas, not everybody shares our ideals — sometimes not even public entities. This is the reason the city of Pensacola chose to appeal after a judge ordered the removal of a massive cross as a result of our lawsuit. The city’s mistaken decision was bolstered by an offer from the theocracy-loving Becket Fund to represent it. We decry the immense waste of time and money this will result in, but are resolved to see the legal process through to its rightful end. 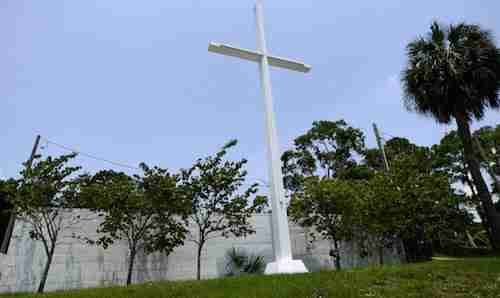 Never mind wrong-headed municipalities. We’re determined to spread our freedom-loving message. That’s why on our current radio show, we interview Kentucky student activist Lydia Mason, whose essay “Breaking The Chains” won top place in our David Hudak Memorial Freethinking Students of Color High School Essay Competition. And we talk with Drew Bekius, the president of The Clergy Project, on his new book about how he liberated himself from religion.

All of the independent thinking that we propagate is, ironically, dependent on you. To you, we’re forever in debt.

All Articles by this author
PrevPreviousAttack on reproductive rights strikes the Midwest
NextWe Are Celebrating!Next