All the good stuff at work

It’s nice to be back at the Freedom From Religion Foundation after a vacation and catch up with all the good work we have been doing. 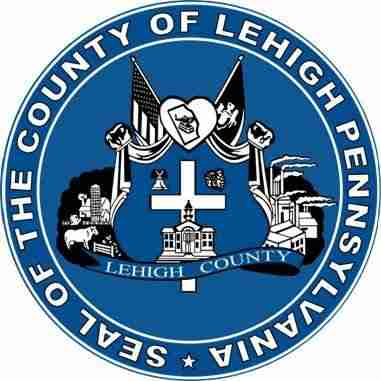 On top of the list is a significant lawsuit that FFRF filed while I was away. Last week, after being stonewalled for more than a year, we sued Lehigh County in Pennsylvania to remove a cross from its official seal. “Lehigh County is not a Christian county, it should be equally welcoming to all its citizens regardless of their religion or their rejection of religion,” said FFRF Co-President Annie Laurie Gaylor.

This week was week of many victories for us. Ryan Jayne, our Diane Uhl Legal Fellow, was at it, convincing constitutionally errant school districts to mend their ways. So, an unconstitutional tie-up between Wisconsin’s Beaver Dam School District 3K Early Childhood program and a parochial preschool was nixed when the preschool refused to modify its religious curriculum that Ryan had alerted the district about.

Ryan was pivotal in getting a religious lunchtime middle school group disbanded in Harrisburg, Ill. School administrators at Harrisburg Middle School were allowing a Baptist minister to lead a religious session during lunch hour, with free pizza and soda. “We’re pleased we played a part in getting this outrageousness ended,” Gaylor remarked.

Ryan was on a roll, also getting the Waupaca School District in Wisconsin to agree to charge full school rental fees to a local religious organization. Way to go!

Texas guv “a censor and a bully”

Our ongoing legal battle with Texas Gov. Greg Abbott arrived at a new stage this week. You may remember that we filed a lawsuit early this year against him for his imperious removal of our Bill of Rights holiday display at the state Capitol. We submitted our closing brief a few days ago. “This case is foremost about the conceit of the censor and the braying of a bully,” it says. Hope Abbott is feeling a bit of that sting.

Don’t pray for relief; do something!

We are helping Louisiana flood victims. Nonbelief Relief, which essentially functions as the charitable arm of the Freedom From Religion Foundation, just donated $10,000 in flood relief to the Livingston Parish Public Schools. The Baton Rouge-area district lost many buses and suffered widespread flooding of its schools. We also sent a polite but pointed letter to Superintendent Rick Wentzel chiding him for highlighting prayer on the school district’s website. “A famous freethinker of the 19th century, Robert Green Ingersoll, once wrote, ‘The hands that help are better far than lips that pray,’” we reminded him. You may contribute by donating to the flood relief designation for Nonbelief Relief in the donation dropdown.

We tried to get some lightness into the mix, too.

Vote and be constitutional

We launched an enjoyable contest this week. FFRF in 2014 instituted an annual activism prize: The Nothing Fails Like Prayer Award. The award will be given for the best secular “invocation” at a government meeting to counter governmental prayer. The annual winner or winners will receive a commemorative plaque, $500 and will be invited to deliver the invocation at FFRF’s annual convention in October in Pittsburgh as our guests. So, please do vote by Monday!

Some of us participated in the Outreach Pride Parade in Madison here last Sunday. FFRF colleagues who were there tell us it was lots of fun.

We’re really looking forward to a landmark Women in Secularism conference that Annie Laurie Gaylor will be a part of in Arlington, Va., next month. Our most recent radio show was spent discussing the event with conference organizer Debbie Goddard (as well as Ryan Jayne’s legal victories). Please do be there in Virginia if you can. And don’t forget it’s time to register for FFRF’s annual conference in Pittsburgh in October.

Enjoy the rest of the summer, whether you’re on vacation, at work or just chilling out.