Gideons, prayers and tweets — oh my!

This week at the Freedom From Religion Foundation, our time was taken up with legal battles and religious denominations, among several things. So what’s new, right?

We’ve filed another federal brief in support of our long-running challenge of the tax break that the IRS provides to ministers for their housing allowance. Our Co-Presidents Dan Barker and Annie Laurie Gaylor, as well as the estate of President Emerita Anne Nicol Gaylor, have been denied a similar benefit. “The discriminatory subsidy given to members of the clergy should be struck down,” says Barker. FFRF is hopeful that it will win this “David vs. Goliath” fight. 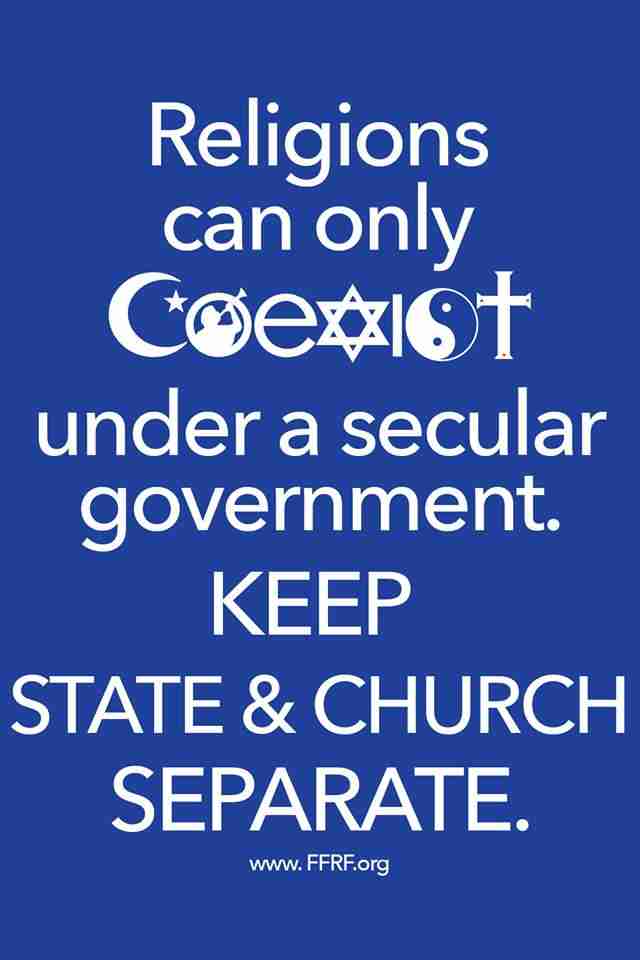 A frequent question thrown at us is why we don’t go after Islam in the same way as we go after Christianity. FFRF Staff Attorney Andrew Seidel and Gaylor ably answered that in a new Frequently Asked Questions (FAQ) write-up.

“Pew Research numbers reveal that the U.S. Muslim population is at 1 percent, Jewish at 1.8 percent and Hindu at .7 percent. In contrast, self-identified Christians are at 70.6 percent,” they responded. “FFRF accordingly receives very few complaints about Muslim violations. We receive very few complaints about Jewish, Hindu, Wiccan or other minority religious entanglements with government, either. When FFRF receives any bona fide complaint about any Establishment Clause violation, we research it and try to take action, depending on the facts and the legal precedent.”

Andrew also took on questions of a broader nature for a Reddit “Ask Me Anything” feature, touching on a whole range of fascinating topics. Take a peek. Quite possibly, Andrew has answered an enquiry you have about FFRF or state/church separation.

The gall of the Gideons

The Gideons got our attention, too. They were out at a North Carolina elementary school (no kidding!), permitted by the school district to hand out bibles to such young children. We called them (and the school district) out on that.

But this constitutional violation was nothing compared to what’s been happening in a Kansas town named Liberal (we’re not making the name up). There are prayers galore occurring in the school district on a regular basis here: before soccer games, after football games, before school board meetings, at commencement ceremonies, yada, yada. As FFRF Co-President Annie Laurie Gaylor said, “We didn’t think it was possible for a school district to be violating the First Amendment in so many different ways.” Sadly, it seems to be.

At the University of Mississippi, the transgressions haven’t been quite so multifarious, but when football coaches at such a prominent higher education institution start sending out a stream of religious tweets, we can’t fail to notice — and object — to that. 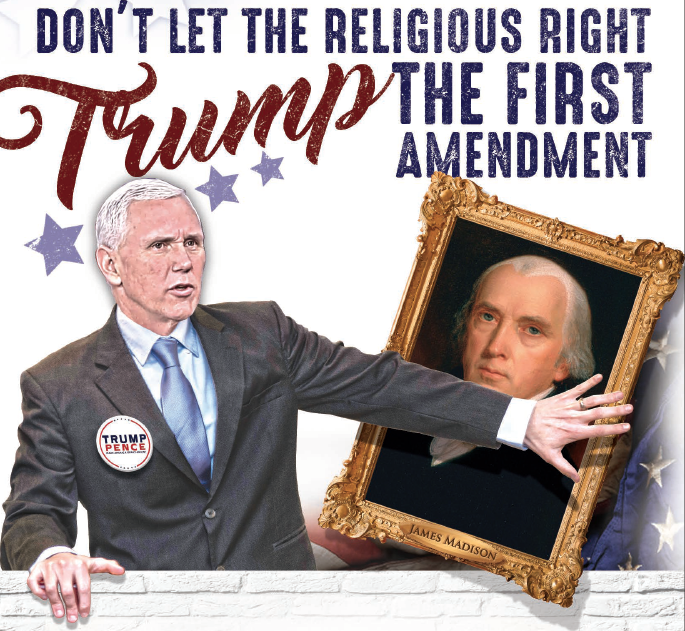 In the name of Mike Pence…

We succeeded with the help of our “friend” Mike Pence in raising a huge chunk of change — more than $100,000, in fact. We’re delighted to announce that generous donors such as you have given $104,000-plus to our legal fund in his name. We’ve notified the veep. Response awaited.

Where the action is

The federal folks aren’t the only ones we think about. State legislatures are where the action is — often for the worse. A voucher bill awaiting passage in the Texas Senate and a bill on the North Dakota governor’s desk allowing prayers to be broadcast at athletic games are just the latest examples where we asked you to help block bad state-level legislation.

In spite of all of this going on, we didn’t neglect the broader global picture. Nonbelief Relief, affiliated with FFRF, this week gave $10,000 to UNICEF for famine relief efforts in Somalia, besieged both by the fundamentalist Shabab militia and drought. “Those of us who are not religious care deeply about this world, our only world,” says Gaylor.

All of these efforts — on all these fronts — were made possible only due to you (with a little help from Mike Pence).

P.S. Our radio show this week touched on a number of things: our legal case against “Bible in the Schools” classes in Mercer County, W.Va., our new billboard campaign in Denver, and a just-announced Freethought Cruise to the Bahamas. Also, Iowa activist (and FFRF member) Justin Scott talked about the historic atheist invocation he recently delivered before the Iowa Statehouse.

All Articles by this author
PrevPreviousWe’re fighting for science and the Constitution
NextDefending the Passover slaughter proves Hitchens right: Religion poisons everythingNext