PrevPreviousWe call it as we see it
NextGod’s not fixing climate change, he’s making it worseNext

We’re on top of things

By Amit Pal
Director of Communications
Freedom From Religion Foundation

A lot was happening around us this week, but we at the Freedom From Religion Foundation stayed on top of things.

The Manchester attack broke our hearts. We immediately issued a statement denouncing the bombing and delving into the cause. FFRF Co-President Dan Barker and I discussed the awful incident in our FFRF Newsbite segment.

Dan was quite the star this week. He was on Tucker Carlson’s much-watched Fox News show to denounce religion and defend the separation of state and church. We believe he quite convincingly made the case. 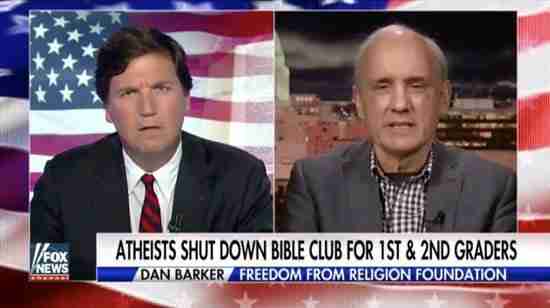 We also made a big splash on Thursday with our full-page colorful New York Times ad reminding President Trump that we are not, as he claimed, “a nation of believers.” We urged him to build up a wall (though not the one he kept on mentioning during the campaign). 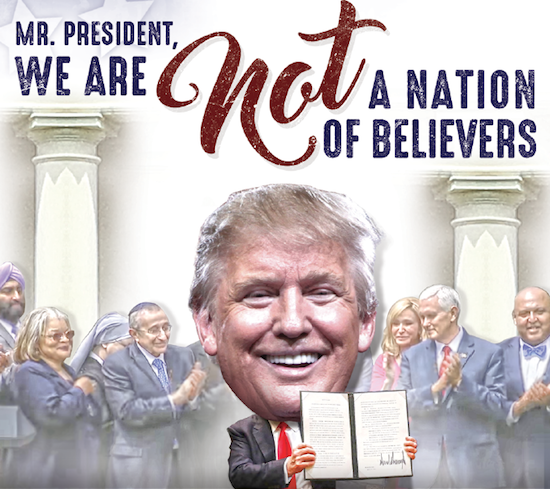 And we very much had our president in mind when we excoriated his proposed budget’s effects on education and beseeched your help in stymieing it.

We may or may not be victorious in rolling back the budget, but we can claim a (partial) victory in an ongoing lawsuit. A West Virginia county we’ve filed a case against for “Bible in the School” classes has suspended these classes the coming school year “pending review.” Let’s hope the school district displays some sense and puts the kibosh on these classes, because if it doesn’t, our suit continues.

Other local jurisdictions were warned by us for crossing the constitutional line. Remove a massive cross from a public park, we requested of a Missouri town; don’t pray at meetings, we insisted to a Florida county board; stop evangelizing, we told a Missouri school superintendent (even as we recognized the bravery of the student who revealed it to the public). 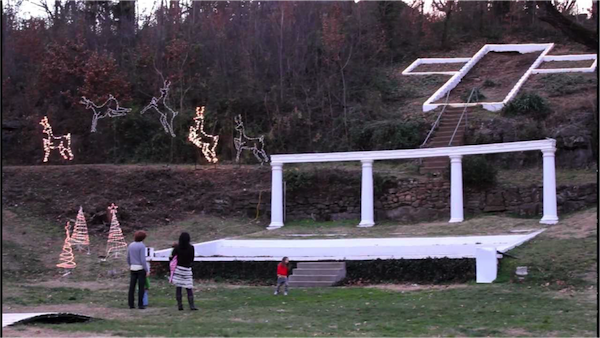 An active state of mind

As always, some of our focus was on the state level. We denounced the Maine Senate for canceling a scheduled invocation by our state chapter head. We implored our Tennessee members to combat a proposed God-ly amendment to the state Constitution. And we urged our Arizona membership to help get an anti-school-voucher referendum on the state ballot.

There’s a lot going on, but we at FFRF are able to keep up with so much of it — all due to your support and kindness.

P.S. On our radio show this week, we interview an ex-nun, and Staff Attorney Patrick Elliott and yours truly discuss the Trumpian budget and the Manchester attack, respectively.

All Articles by this author
PrevPreviousWe call it as we see it
NextGod’s not fixing climate change, he’s making it worseNext