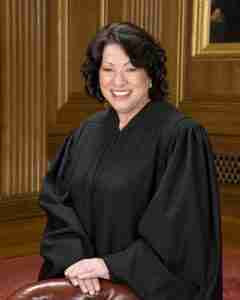 “How is your interest anything but a religious view?”

Justice Sonia Sotomayor posed this question during oral arguments in Dobbs v. Jackson Women’s Health, the case that overturned the constitutional right to abortion. In doing so, Sotomayor honed in on a key element of the abortion debate: the religious demands of a minority over the individual liberty of others. She also echoed concerns the Freedom From Religion Foundation expressed in our amicus brief before the high court, in which we cautioned that overturning Roe v. Wade “will require courts to address the underlying purpose of such abortion bans — to enshrine into civil law a religious belief about when personhood begins.”

Now, a month after Dobbs came down — with the Christian nationalist character of abortion restrictions ever more plain — we’re seeing minority religious faiths file lawsuits over abortion bans in state courts around the country claiming violation of their religious freedom.

See, for instance, the legal storm unleashed in Florida. There, the Legislature passed a bill on “Reducing Fetal and Infant Mortality.” Shoehorned into the law, next to funding for tobacco awareness campaigns, is a ban on abortions after 15 weeks with very few exceptions. The law has spurred several lawsuits in the state. First, a complaint was filed in June by Jewish rabbi and lawyer Barry Silver on behalf of his L’Dor Va-Dor Congregation challenging its constitutionality under the state’s Constitution guaranteeing religious freedom to all Floridians. This month, the lawsuit was joined by leaders of the Unitarian and Buddhist communities of Florida. What all parties have in common is a belief that Florida’s abortion statute violates the separaton of church and state, as well as the religious right to abortion.

Jewish law, according to the lawsuit, requires abortion if necessary to protect the “health, mental or physical well-being of the woman.” Even this stance is internally controversial; the Reform Judaism of L’dor Va-Dor differs from the beliefs of Orthodox Judaism, which trends more conservative and is more restrictive on the issue of abortion. Islamic law, too, has varied opinions on the permissibility and timing of abortions. All the more reason that the particularities of a religious belief should play no role in the formulation of public policy and law. As Silver himself put it, “a lot of people are getting kind of tired of some self-righteous, arrogant people thinking they can dictate morality to everybody else.” This goes doubly for the nearly one-third of Americans who subscribe to no organized religion.

Even some Christian denominations are objecting to the harsh abortion restrictions. Rev. Laurie Hafner has sued the state of Florida on behalf of the United Church of Christ, saying, “I am pro-choice not in spite of my faith, but because of my faith.” The lawsuit complains that Florida’s abortion law represents “a pernicious elevation of the legal rights of fetuses while at the same time it devalues the quality of life and the health of the woman or girl is pregnant,” which creates “direct conflict with [Hafner’s] clerical obligations and faith and imposes severe barriers and substantial burdens to their religious belief, speech and conduct.” All told, five lawsuits have been filed by leaders of the state’s Christian, Jewish, Unitarian Universalist and Buddhist communities against Florida’s abortion law.

A state trial court in Kentucky actually issued an injunction against that state’s twin abortion laws, one a blanket ban “trigger law” coming into effect upon the downfall of Roe v. Wade, and another specifically banning all abortions after six weeks. While the likely constitutional violations of the law are many, most interesting is the holding by the court that it likely violates Section 5 of the Kentucky Constitution, which guarantees the right to religious freedom and prohibits the establishment of religion.

In drafting its six-week abortion ban, the Kentucky General Assembly expressly declared “unborn human beings” as existing from the moment of fertilization and thus being entitled to full constitutional protection from that point on. Kentucky state Judge Mitch Perry correctly identified this as a “distinctly Christian and Catholic belief” not shared by other faiths, and as such held that the General Assembly was unconstitutionally favoring one faith over all others in the law. Moreover, Perry noted, “there is nothing in our laws or history that allows for such theocratic policymaking.” That’s precisely what Kentucky’s abortion statutes — like many copycats around the country — amount to: Christian doctrine enshrined in law and enforced by the state’s monopoly of violence. It is not even, as Perry described, “a particularly close call.”

Unfortunately, an appellate court in Kentucky has reversed Perry’s order and reinstated the near-total abortion ban. This short six-page decision did not address the religion questions, but as litigation continues, they’ll certainly remain at the forefront of this case. Still, a judge agreed with these novel arguments that banning abortions itself violates religious freedom rights. As Judge Perry said: “Other faiths hold a wide variety of views on when life begins and at what point a fetus should be recognized as an independent human being,” and “the laws at issue here adopt the view embraced by some, but not all, religious traditions that life begins at the moment of conception.” These laws — not just in Kentucky but almost in every case — are “impermissibly establishing a distinctly Christian doctrine” and “unduly interfering with the free exercise of other religions that do not share that same belief.”

The implications of these cases are important. Section 5 of the Kentucky Constitution is little different from the religious freedom and disestablishment pronouncements of most other states or, indeed. the U.S. Constitution itself. As the United States Supreme Court moves to abandon the Establishment Clause, as it has done in recent decisions such as Carson v. Makin and Kennedy v. Bremerton, it is important that other courts stand up for the essential principle of state-church separation that America was founded upon. While law, being a set of mandatory guidelines for society shaped by that society’s values, has always contained a moral component, the fact remains that a pluralistic society like ours requires law that reflects that diversity. Blanket bans on abortion ignore and deny that diversity of thought as much as they ignore and deny scientific and medical realities. They also tread on an entirely workable premise established fifty years ago in Roe: If you have a religiously informed moral stance against abortion, you are free to not undergo the procedure, but you are not free to intrude on others’ equally informed moral stances providing for abortions. Or, as the Kentucky decision says: “Under our institutions there is no room for that inquisitorial and protective spirit which seeks to regulate the conduct of men.”

Jonathan Helmandollar is headed into his second year at the University of New Hampshire Franklin Pierce School of Law. Jonathan graduated college in 2009 from the University of North Carolina-Charlotte, where he majored in history with a minor in Islamic Studies. From 2011 to 2020, Jonathan served in the U.S. Marine Corps as an Arabic linguist in support of multiple counterterrorism missions and deployed to Iraq as part of Operation Inherent Resolve.

All Articles by this author
PrevPreviousThe deviant offshoots of religion
NextPost-Roe, actions speak much louder than thoughts and prayersNext