Skip to content
PrevPreviousDavid and Goliath: The fight to end a billion dollar tax break for “ministers of the gospel”
NextJerusalem Embassy Opening Reflects Terribly on the United StatesNext

So many frames of mind

We’ve been in quite an (un)biblical frame of mind lately here at the Freedom From Religion Foundation.

On our “Ask an Atheist” Facebook Live feature, FFRF Co-Presidents Dan Barker and Annie Laurie Gaylor ask if Jesus even existed. Watch the show to find out the interesting answer. 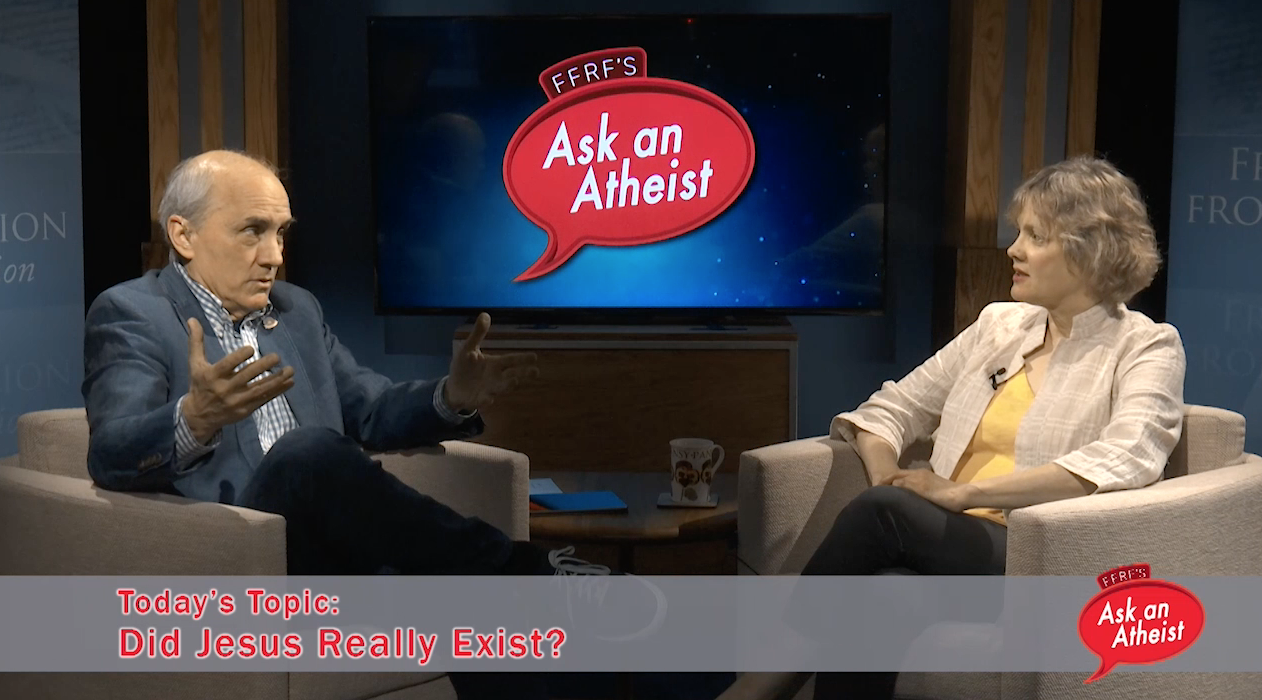 One against the many
And even though we don’t believe in the bible, that doesn’t stop us from borrowing its imagery — especially if it has entered the common lexicon. We are indeed David standing up against many Goliaths (or a minnow taking on sharks, if you prefer) in our court case against the unjust tax break to “ministers of the gospel.” Almost 9,000 religious entities and officials have signed on to a brief opposing our lawsuit. Yes, that many. But we won’t be deterred. 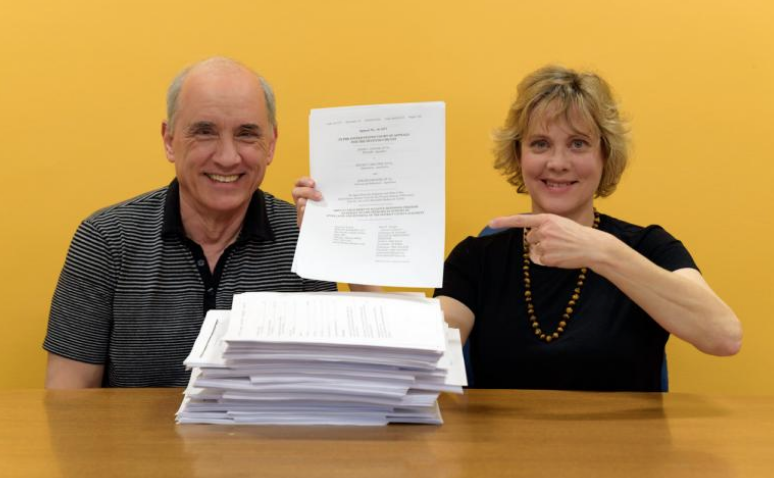 Hold it there, cowboy!
Our anti-bible frame of mind extends to an annual emanation from that book: the National Day of Prayer. When the Wyoming governor ostentatiously took part in the observance this year, we vehemently objected to this show of piety from the constitutionally bound head of the Cowboy State.

Come see Cecile Richards!
But it wasn’t all pushback this week. There were a number of things to put us in a celebratory mood. We proudly announced that Cecile Richards, who just stepped down as the head of Planned Parenthood, will be accepting an award at our November convention and addressing the gathering. We’re honored to have this longtime activist in our midst. Come see her! 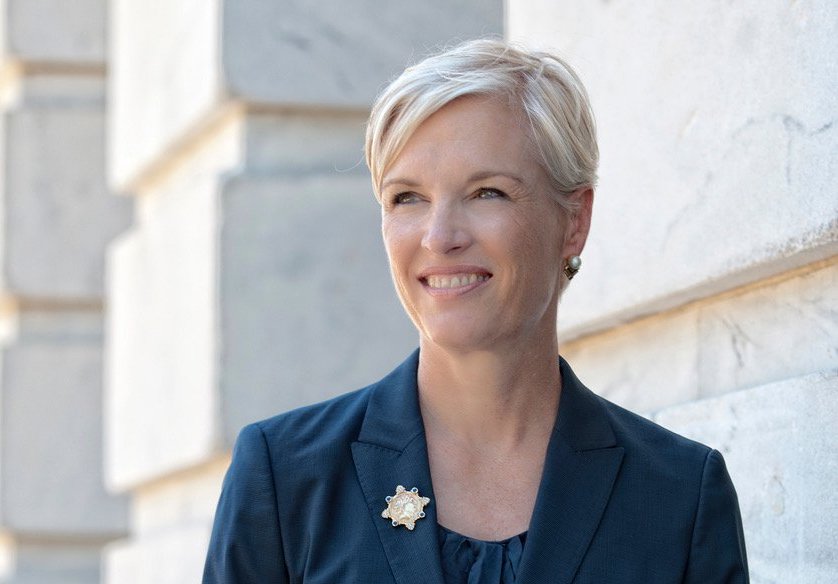 A congressional landmark
We had further reason to celebrate when California Rep. Jared Huffman appeared on C-SPAN to explain the recently formed Congressional Freethought Caucus, the first of its type in legislative history. On our radio show, we listen to an excerpt from Huffman’s appearance, in addition to dissecting the hypocrisies of Franklin Graham and the (no longer just the boy) scouts. And then we interview standup comic Leighann Lord, who will be regaling our convention audience in San Francisco.

You will lose bigly
Our opponents are trying to dampen our celebration in New Jersey but they won’t succeed. In its infinite unwisdom, a New Jersey county — misled by a religious legal fund — has decided to appeal our 7-0 unanimous victory before the state Supreme Court to the U.S. Supreme Court. It’s a lose-lose situation for them and their taxpayers, we cautioned county officials.

Lots of cautions
We sent out a number of other cautionary notes this week. We warned an Alabama school district about the religiosity permeating its football program. We denounced a New Mexico city’s recent adoption of a blatantly Christian flag. We spotlighted an Illinois elementary school principal’s exhibitionist preachiness. And in a somewhat bizarre case, we protested to the University of Nebraska Medical Center about a body blow to the Constitution at a recent ceremony honoring anatomical donors. 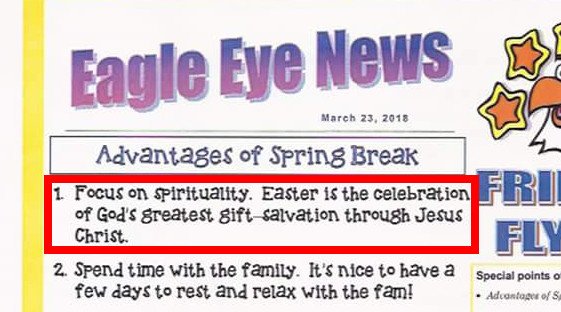 Graphically fun
To take your mind off such graphic stuff, we feature on our “Freethought Matters” TV show this week the author of a fun graphic novel on freethinkers in the medieval era. Acclaimed philosopher and author Steven Nadler appears on our show, broadcast Sunday in the Madison, Wis., area and available on our YouTube channel Monday onward, to discuss “Heretics! The Wondrous (and Dangerous) Beginnings of Modern Philosophy.” You can catch on YouTube our interview last week with Lucien Greaves, the intriguing atheist activist and founder of the Satanic Temple. 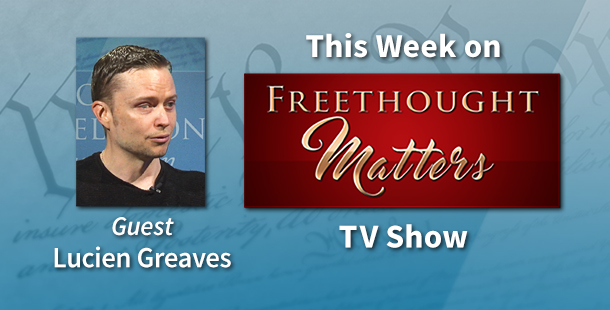 Know a little more about me
And if you’d like to know more about yours truly, take a look at this interview I did with a Canadian freethinking publication that delves into my work and background.

Celebrations, pushbacks, warnings — and all our other frames of mind — are formed only because of you and your open-hearted support.

All Articles by this author
PrevPreviousDavid and Goliath: The fight to end a billion dollar tax break for “ministers of the gospel”
NextJerusalem Embassy Opening Reflects Terribly on the United StatesNext