Skepticism is all about honesty 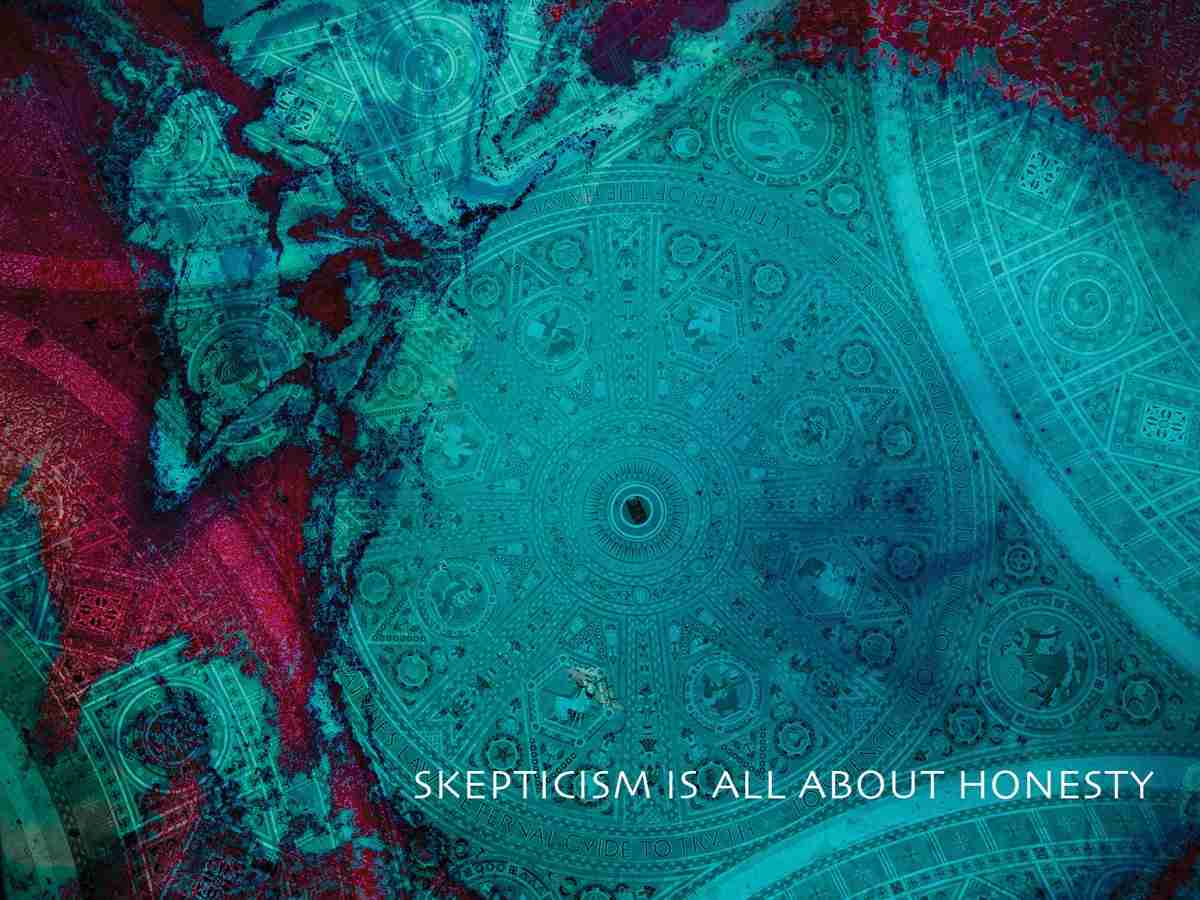 Nobody actually knows where beliefs come from. Psychologists can’t explain what makes some people religious skeptics and others believers. Therefore, I don’t know what caused me to be a doubter while some of my classmates even became preachers. All I know is my own story:

I was born in 1932 in a little West Virginia farm town that had no electricity or paved streets. I was sent to Bible Belt Sunday schools and tried to pray as a child. But an awakening occurred in my teen years. In high school chemistry class, I learned how gaps and surpluses in outer electron shells cause atoms to bind into molecules, making almost everything in our world. It was a revelation explaining much of existence. Science became an obsession, a portal to understanding reality. Slowly, religion’s claims of invisible gods, devils, heavens, hells, angels, demons, miracles and messiahs turned in my mind into fairy tales.

Rather by accident, I lucked into a newspaper job — my world expanded. A cynical city editor laughed at “holy rollers” and huckster evangelists. We debated religion. I agreed that supernatural religious claims were baloney — but I had a quandary: If the magical explanations are nonsense, I said, what better answers exist? What can an honest person say?

He eyed me sharply and replied: “You can say: I don’t know.” Bingo! Immediately, a path of honesty opened up for me. I joined a skeptical Unitarian group, read physics and philosophy books, and cemented a scientific worldview. Beliefs should rest on intelligent evidence, not on fables. Eventually, I saw several logical reasons why thinking people should reject dogma:

— Horrible occurrences such as the 2004 Indian Ocean tsunami that drowned innumerable children clearly prove that the universe isn’t administered by an all-loving father. No compassionate creator would devise such things. In philosophy, this dilemma is called the Problem of Evil. It doesn’t disprove the existence of a heartless god, but it wipes out the merciful god of churches.
— Hundreds of past gods and religions have vanished and are laughable today. Are today’s deities any more substantial?
— Although churches claim that religion makes believers loving and brotherly, the historic record often shows quite the opposite.
— A lot of the brightest thinkers throughout history have been skeptics. If the best minds couldn’t swallow supernatural tenets, why should we?
— Scientific thinking requires detectable, testable evidence. But religion offers no proof except writings left by long-dead holy men. Honest seekers need something more tangible.
— Despite the common assumption that religious leaders are more moral than ordinary folks, a horrifying number of them are not. There’s no evidence that religion makes them holier than thou.
— Even devout believers are skeptics about dogmas of other faiths. For instance, Jews doubt that Jesus was divine. Standard Christians doubt that Jesus appeared to Master Moon and told him to convert all people to be “Moonies.” And Muslims doubt that Jesus came to prehistoric America, as Mormons contend.

Religious beliefs depend largely on demographics. A person born in a Muslim land, into a Muslim family, is highly unlikely to become a Hindu, Buddhist, Jew or Christian. The same pattern applies for other lands and other families. Faith hinges mostly on where you were born.

And advances in education and scientific knowledge cause supernatural beliefs to fade. Religion once was so important to Europeans that they killed millions of people for it. But since the Enlightenment and the rise of scientific thinking, religion has largely vanished in Europe.

Over the years, I’ve spelled out these premises in books and magazine essays. I even hatched a freethought novel focused on religious absurdities in ancient Greece.

To me, the bottom line is honesty. A person with integrity doesn’t claim to know supernatural things that he or she cannot know. An honest person wants solid evidence to support assertions and is leery of baseless claims. Therefore, skeptics are the most honest of all.

This column is adapted from a piece that originally appeared in the November 2007 issue of Freethought Today.

James A. Haught, syndicated by PeaceVoice, was the longtime editor at the Charleston Gazette and has been the editor emeritus since 2015. He has won two dozen national newswriting awards and is author of 12 books and 150 magazine essays. He also is a senior editor of Free Inquiry magazine and was writer-in-residence for the United Coalition of Reason.
All Articles by this author
PrevPreviousEl Salvador’s cruel abortion ban a harbinger for US?
NextVaccine disinformation, godly Little League, an intellectual treat, and a great life philosophyNext