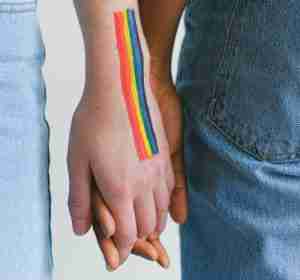 Just three months ago, the Freedom From Religion Foundation warned that increasingly violent Christian nationalist rhetoric was becoming a major threat to the safety and well-being of all Americans, especially LGBTQIA+ communities. This weekend’s shooting at Club Q, an LGBTQIA+ club in Colorado Springs, has left five dead and 25 injured — yet another stark reminder of this threat.

Colorado Springs is very much a major hub of Christian nationalism, with the headquarters of the notorious evangelical group Focus on the Family just a 15-minute drive from the site of the shooting. On Sunday, Focus on the Family President Jim Daly published a statement “condemning the taking of innocent life” and “praying for the peace and welfare of our city.” He seems to forget it was the very same anti-LGBTQIA+ rhetoric espoused by groups such as his that led to this violent act.

We’ve seen a massive uptick in dangerous, violent rhetoric against LGBTQIA+ people this year and against transgender people specifically, primarily based in religion. As fundamentalist pastors preach that LGBTQIA+ people should be executed by the government, their followers plan attacks on Pride parades, drag story times and individual families. Over in Colorado Springs’ neighboring congressional district, noted Christian nationalist Rep. Lauren Boebert has repeatedly fanned the flames of anti-trans and anti-gay violence, calling trans people pedophiles, groomers and terrorists.

But anti-LGBTQIA+ rhetoric has long been a talking point for other politicians, too. Rep. Doug Lamborn, who represents Colorado’s 5th District, which includes Colorado Springs, has made it one of his missions to incite a culture war over LGBTQIA+ individuals, cloaking his bigotry in faith. In a comment addressing the Supreme Court’s decision in Obergefell, Lamborn said the court “has decided to throw out thousands of years of tradition and societal structure.” He even went as far as to pen an op-ed on a right-wing website to call for the defunding of PBS, claiming that the channel was “indoctrinating our kids” because it aired an episode of the cartoon “Arthur” depicting same-sex marriage. These fabricated culture wars in the name of faith have deadly consequences.

This shooting is not the first act of violence against LGBTQIA+ businesses and supportive spaces this year. Earlier this month, an Oklahoma donut shop was firebombed after hosting a family-friendly drag event. Libraries have been met with countless threats over LGBTQIA+ events and books. Even major companies like Merriam-Webster have had to close down their offices due to transphobic threats of violence. It is not lost on us here at the Freedom From Religion Foundation that the Colorado Springs shooting took place the night before Transgender Day of Remembrance, a day dedicated to remembering the at least 32 trans people murdered in 2022 for publicly expressing their gender identities.

Legislators in many states have introduced bills in recent sessions targeting the LGBTQIA+ community. CNN reported that an onslaught of bills attempting to restrict the rights of the queer community have made their way through state legislatures across the country this year. At the time of the article in July, there were 162 pending bills to curb the rights of LGBTQIA+ individuals, already well ahead of the 2021 number and more than double the number of similar bills in 2020. The FFRF legislative team is actively monitoring proposed legislation for the 2023 legislative sessions to ensure that we stand up for the LGBTQIA+ community in their fight against religious extremism.

Anti-LGBTQIA+ sentiment is rooted primarily in religion and is espoused in the Christian nationalists’ belief that their religion makes them morally superior. Support for homosexuality and transgender rights is significantly higher among those who identify as nonreligious. Powerful religious organizations must not be allowed to continue their attacks on bodily autonomy and individual expression by spreading misinformation about LGBTQIA+ communities. We at the Freedom From Religion Foundation remain committed to standing up to Christian nationalism in all its forms.

Works Fellow(sponsored by the Wm. Collins Kohler Foundation) in September 2022. Their fellowship project focuses on state/church issues that specifically impact the LGBTQIA+ community. Kat first worked for FFRF as an intern while attending law school at the Indiana University Maurer School of Law. Originally from southern Indiana, they received their B.A. in political science from Indiana University Bloomington in 2019, and graduated with their Juris Doctor from IU Maurer in May 2022.

Ryan Dudley joined FFRF as the State Advocacy Specialist in 2022. Ryan has worked in advocacy roles for a number of nonprofits, as well as a nonpartisan legislative research analyst for both the Colorado General Assembly and the Wisconsin General Assembly. He earned a Bachelor of Arts in Political Science from Texas A&M University – Corpus Christi and a Master of Public Policy from DePaul University in Chicago. 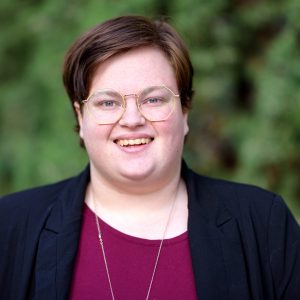 Kat Grant (they/them) joined the Freedom From Religion Foundation as an Equal Justice Works Fellow (sponsored by the Wm. Collins Kohler Foundation) in September 2022. Their fellowship project focuses on state/church issues that specifically impact the LGBTQ-plus community. Kat first worked for FFRF as an intern while attending law school at the Indiana University Maurer School of Law. Originally from southern Indiana, they received their B.A. in political science from Indiana University Bloomington in 2019, and graduated with their Juris Doctor from IU Maurer in May 2022.
All Articles by this author
PrevPreviousJohn Irving, Okla. media coverage, an online marathon and Ten Commandments displays
NextGuide: How to Communicate about AbortionNext