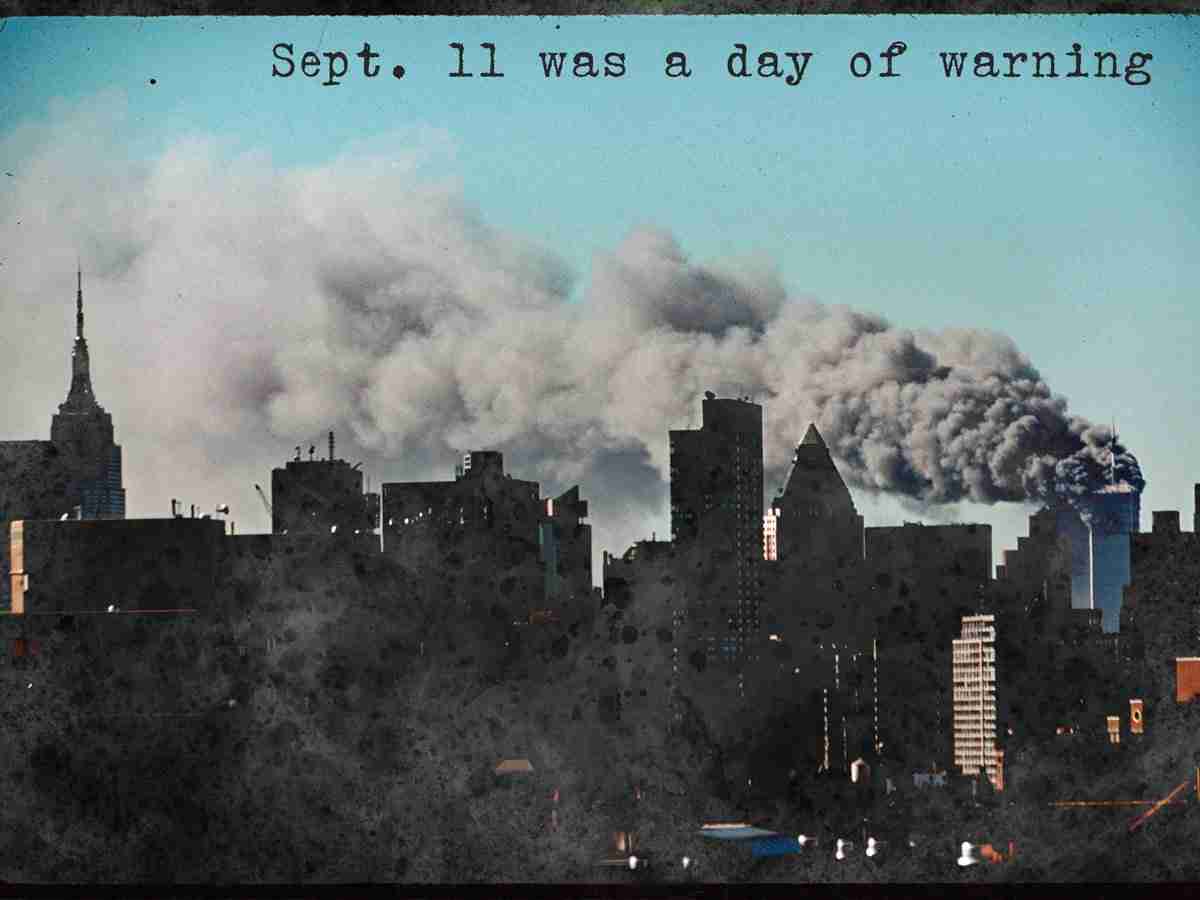 We recently commemorated the 20th anniversary of Sept . 11 — the most startling event in the lifetime of most adults. Nineteen young male fanatics, armed only with box-cutters, hijacked planes and flew them like projectiles into the World Trade Center and the Pentagon.

This date should be marked to warn of the terrible harm that can be inflicted by just a few religious zealots. Why did the True Believers want to kill 3,000 defenseless strangers who had done them no harm? The 9/11 attack was insanity — but were the killers insane?

Normal people can’t answer such questions because normal people can’t understand fanatics. We can’t comprehend hate mixed with religion. It’s too contradictory for our minds to grasp. Yet that was the deadly driving force.

The best clue to the killers’ motive is found in their own rallying call, a handwritten exhortation found in their luggage after the horror. Over and over, it beseeched them to kill for God and give their lives gladly.

And the 9/11 tragedy was a monstrous example of the Law of Unintended Consequences –— of blowback.

During the Cold War in the 1980s, the Reagan administration wanted to damage the communist Soviet Union in any way possible. Since the Soviets had sent in their army to occupy Afghanistan and uphold its progressive, secular government, the White House secretly dispatched the CIA to arm, train and pay puritanical Muslim tribes who were rebelling against the regime, including warlords such as Gulbuddin Hekmatyar (who reportedly got acid thrown in the faces of young women not wearing veils).

The Reagan plot worked. Muslim extremists from many nations streamed to Afghanistan to fight the infidels. The Soviets were driven out, and religious fundamentalists took control.

Afterward, many mujahideen (holy warriors) remained armed, and wealthy Osama bin Laden organized some of them into a concealed terror network called al-Qaida. In 1998, he issued a “fatwa” (holy edict) that said in part: “We call on every Muslim who believes in God and hopes for reward to obey God’s command to kill the Americans and plunder their possessions.”

What idiocy — to be impelled by “God’s command to kill the Americans.” Only sickos think God wants them to murder people.

The blowback came home to roost when al-Qaida committed the 9/11 nightmare.

Every Sept. 11 should be a special day to reflect on the peril posed by crackpot extremists. England still observes Guy Fawkes Day to mark the thwarting of a 1605 Catholic plot to blow up Protestants in Parliament. America’s tragedy was vastly worse.

This column is adapted from a piece that originally appeared on Aug. 14, 2002, in The Charleston Gazette that was distributed by the Knight-Ridder-Tribune Syndicate.

James A. Haught, syndicated by PeaceVoice, was the longtime editor at the Charleston Gazette and has been the editor emeritus since 2015. He has won two dozen national newswriting awards and is author of 12 books and 150 magazine essays. He also is a senior editor of Free Inquiry magazine and was writer-in-residence for the United Coalition of Reason.
All Articles by this author
PrevPreviousLet’s make contraception freely available
NextAbortion access is not OK in OklahomaNext