Roe v. Wade’s 48th anniversary and the future of abortion in the U.S. 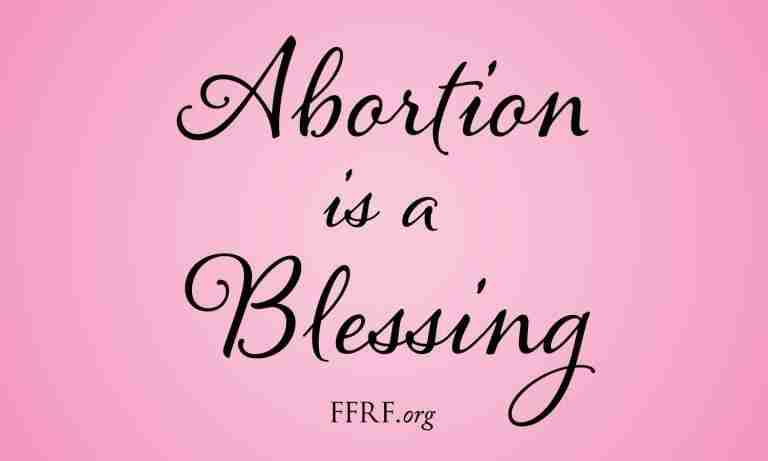 Today, Jan. 22, marks the 48th anniversary since the U.S. Supreme Court ruled that access to a safe, legal abortion is a constitutional right in the landmark case, Roe v. Wade.

At the time, abortion laws varied wildly depending on the state that one lived in. For example, Gov. Ronald Reagan decriminalized abortion in California in 1967, making it one of the most liberal abortion states in the country. (Ironically, President Reagan was later regarded as the “Father of the Pro-Life Movement,” addressing anti-abortion marches and even submitting an essay about his anti-abortion stance to the Human Life Review).

Meanwhile, abortion was illegal in about 30 states. This meant that women who had the money, resources and support would travel lengthy distances to states where abortion was legal. For example, after abortion was legalized in New York, nearly two-thirds of procedures were for women who had traveled from outside of the state. However, low-income women who didn’t have the means to travel suffered the most. In the 1960s, 77 percent of poor women said that they had attempted a self-induced procedure and in 1962, nearly 1,600 women were admitted to the Harlem Hospital Center for incomplete procedures. Roe v. Wade rendered these unbalanced state laws unconstitutional and made abortion legal across the entire country. Thanks to Roe, death from abortion has dramatically dropped and women have been able to obtain abortions much earlier in pregnancy when the procedure is safest. In fact, major complications occur in less than one-fourth of 1 percent of procedures — safer than having wisdom teeth removed.

And while there is cause to celebrate this milestone, there is still much work to be done. Because while Roe may have constitutionally guaranteed the right to an abortion across state lines, it did not guarantee that abortion would be accessible or affordable. Since its passage, horrific, religiously rooted laws have made abortion access and cost disproprionate across state lines. For example, in 1976, devoutly Catholic Rep. Henry J. Hyde sponsored the aptly named Hyde Amendment, which Congress has renewed ever since to restrict federal funding for abortion. This means that women on Medicaid, in federal prisons, the military or who are Peace Corps volunteers or Native American women served by the Indian Health Services program are ineligible for subsidized abortion care. States may choose to use their own funds to cover abortion care — but only 16 states do. As an abortion procedure can cost anywhere from $500 to several thousand dollars depending on when it is procured, a significant number of women cannot afford to exercise their constitutional right to an abortion.

Targeted Regulation of Abortion Provider (TRAP) laws are another example of how the Religious Right has made abortion technically legal but effectively inaccessible. Such laws include unnecessary and absurd provisions regulating abortion providers and clinics with an aim to shut them down. Mandates like down-to-the-inch dimensions for janitors’ closets and requirements that clinics be located within 30 miles of a hospital make these demands nearly impossible to meet, particularly in rural areas. Women in North Dakota, South Dakota, Missouri, Mississippi, Kentucky and West Virginia only have access to one abortion clinic in each state.

The Hyde Amendment and TRAP laws are further compounded by paternalistic and religiously motivated legislation on abortion counseling. For example, 25 states, including Wisconsin, require women to wait 24 hours after they receive abortion counseling from a doctor and nearly half of these states require that the initial meeting be held in person — not over the phone or via Skype. This means that women must make two trips to a clinic; low-income women in rural areas are especially disadvantaged by this unnecessary and harassing requirement. Beyond that, 27 states mandate that doctors provide state-authored information about the supposed risks of abortion, much of it factually inaccurate, in an effort to dissuade women from obtaining an abortion. In truth, abortion has a safety record of over 99 percent, and 99 percent of women report that they feel relief, not regret.

These burdens on Roe are amplified by our Supreme Court. Indeed, the recent confirmation of Justice Amy Coney Barrett, who is ardently religious and anti-abortion, has made for an ultraconservative court, making the future of Roe precarious. Just last week, the new court ruled on its first abortion case, reinstating a requirement that women obtain medication for an abortion in-person, not via telehealth and pharmacies. During a global pandemic, this is not only oppressive but downright dangerous. Many fear that this ruling is a harbinger for future anti-science abortion restrictions, including the possible reversal of Roe v. Wade.

If Roe is overturned, abortion would likely become a state’s rights issue once again — not just in accessibility but in legality. For example, eight states still have pre-Roe bans on the books that could be enforced. In Wisconsin, an 1849 anti-abortion law could be re-enacted and millions of women would lose an already fragile right. Additionally, 10 states have passed post-Roe trigger laws that would immediately ban all or most abortions. In fact, there are only 14 states where abortion rights are protected if Roe falls. But even there, nothing is secure. Montana is one of those states where abortion rights are currently safeguarded; however, several bills have recently been introduced that would severely restrict it. Anti-abortion politicans in Montana have said that they view these bills as “baby steps toward restricting abortion, until an outright ban is achieved nationwide.”

On one of his last days in office, President Trump declared Jan. 22 as the National Sanctity of Human Life Day, an ironic move given that the death toll from COVID-19 has eclipsed 400,000 lives. So while Christian Nationalists continue to chip away at Roe v. Wade, it is important for secularists to support federal legislation and organizations that strive to make abortion more secure. These include:

• Women’s Health Protection Act (WHPA): a measure “to protect a woman’s ability to determine whether and when to bear a child or end a pregnancy, and to protect a health care provider’s ability to provide reproductive health care services, including abortion services.” This bill would render many TRAP laws illegal.

• Equal Access to Abortion Coverage in Health Insurance (EACH Woman) Act of 2019: a bill that would end the draconian Hyde Amendment.

• Abortion is Health Care Everywhere Act: a bill that would remove the Helms Amendment from the Foreign Assistance Act. The Helms Amendment prohibits the use of U.S. foreign assistance funds for “the performance of abortion as a method of family planning.”

Roe v. Wade was an important step in guaranteeing abortion as a constitutional right and it is worth celebrating its 48th anniversary. But we must not be complacent. Because the truth is that abortion is health care, and one in four women in the United States will obtain abortion care at some point in their lives. Therefore, we must apply fact-based measures that will guarantee abortion as not only a constitutional right, but as a procedure that is affordable and accessible to all women — not just the privileged few.

BARBARA ALVAREZ is a contributing writer for the Freedom From Religion Foundation. Previously she had held the role as FFRF's inaugural Anne Nicol Gaylor Reproductive Rights Intern, a program set up to memorialize FFRF’s principal founder, who was an early abortion rights activist and author of the book Abortion is a Blessing. Barbara was a major winner in FFRF’s essay competition for graduate students, writing about the bible’s role in the abortion battle.
All Articles by this author
PrevPreviousDrop the state religion blither-blather — we need ‘a new day’
NextReligion, presidents, Inauguration ceremonies and the Capitol attackNext