Report finds that majority of country has no abortion access 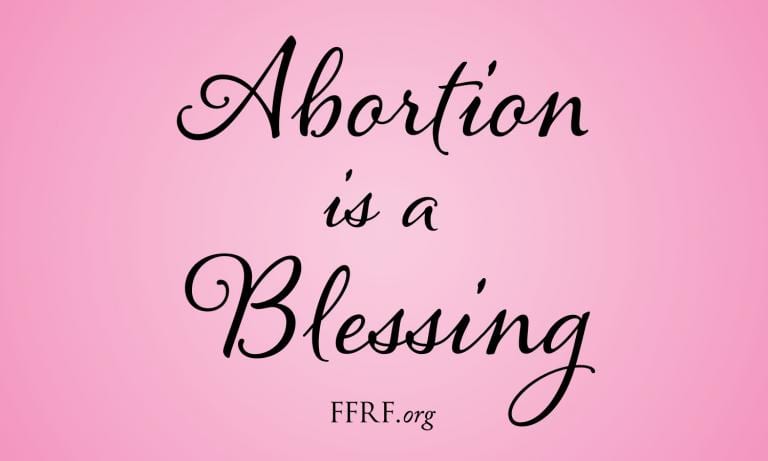 Abortion access in the United States is in peril.

A new report by the Guttmacher Institute details how the number of clinics that provide abortion care has decreased significantly since the U.S. Supreme Court repealed Roe v. Wade in June.

For example, in 2020, six states had one clinic. In just 100 days post-Roe, 14 states had absolutely no clinics performing abortions. This includes the Freedom From Religion Foundation’s home state of Wisconsin due to an 1849 anti-abortion ban that is still on the books.

Another key finding from the report found that 90 percent of counties in the United States do not have a clinic that provides abortion care. Notably, 48 percent of American women between the ages of 15 and 44 live in these counties. This has increased the number of abortion deserts — cities where people have to travel at least 100 miles one way to reach an abortion facility.

Scholars from the University of Wisconsin-Madison estimate that people in 42 of Wisconsin’s 72 counties are experiencing an average increase of 82 miles in order to reach an abortion clinic. In Milwaukee and Dane counties, residents have experienced a 70-mile and 120-mile increase, respectively. As such, the researchers anticipate at least a 20 percent reduction in abortion across the state.

The reduction of abortion clinics is significant, since it will inevitably lead to worse financial, physical and interpersonal outcomes for millions of women and people seeking abortion care. A major abortion study found that women denied an abortion had almost four times greater odds of living below the poverty level. Furthermore, women denied abortion care are more likely to stay in relationships with abusive partners and experience serious health problems. In contrast, 99 percent of women say they feel relief, not regret, after having an abortion.

And while these findings are startling, they are hardly the end. In fact, at least 10 more states are slated to ban abortion. None of these abortion bans is rooted in science or public opinion. Rather, such bans are solely based in extremist ideology.

That’s why we need freethinkers to defend abortion access on the local, state and national levels.

Here are some ways to get started.

FFRF resources
Read FFRF’s guide to fighting for abortion rights.
Read why reproductive health is a state/church issue.
Sign up for Action Alerts.
Sign up for news releases.
Learn what the bible says about abortion (hint: nothing!).
Read Why Women Need Freedom From Religion.
Read Abortion Is a Blessing.

Abortion resources
Consider donating to an abortion fund in your state. Abortion funds help distribute money to people who need abortions but cannot afford them because of anti-abortion legislation. Support the Women’s Medical Fund, which was started by FFRF’s principal co-founder Anne Nicol Gaylor. The fund helps an average of 1,000 Wisconsin residents obtain affordable abortion care each year. You can make a tax-deductible donation here.
Share credible information about abortion. If you live in Wisconsin, Pregnancy Options Wisconsin provides education, resources, and support.
Dispel myths about the abortion pills. Plan C Pills provides up-to-date information about abortion by medication.

BARBARA ALVAREZ is a contributing writer for the Freedom From Religion Foundation. Previously she had held the role as FFRF's inaugural Anne Nicol Gaylor Reproductive Rights Intern, a program set up to memorialize FFRF’s principal founder, who was an early abortion rights activist and author of the book Abortion is a Blessing. Barbara was a major winner in FFRF’s essay competition for graduate students, writing about the bible’s role in the abortion battle.
All Articles by this author
PrevPreviousWeekly Wrap: Thomas Paine, secular holiday displays, Supreme Court — and a sense of achievement
NextUncountable centuries of religious human sacrificeNext