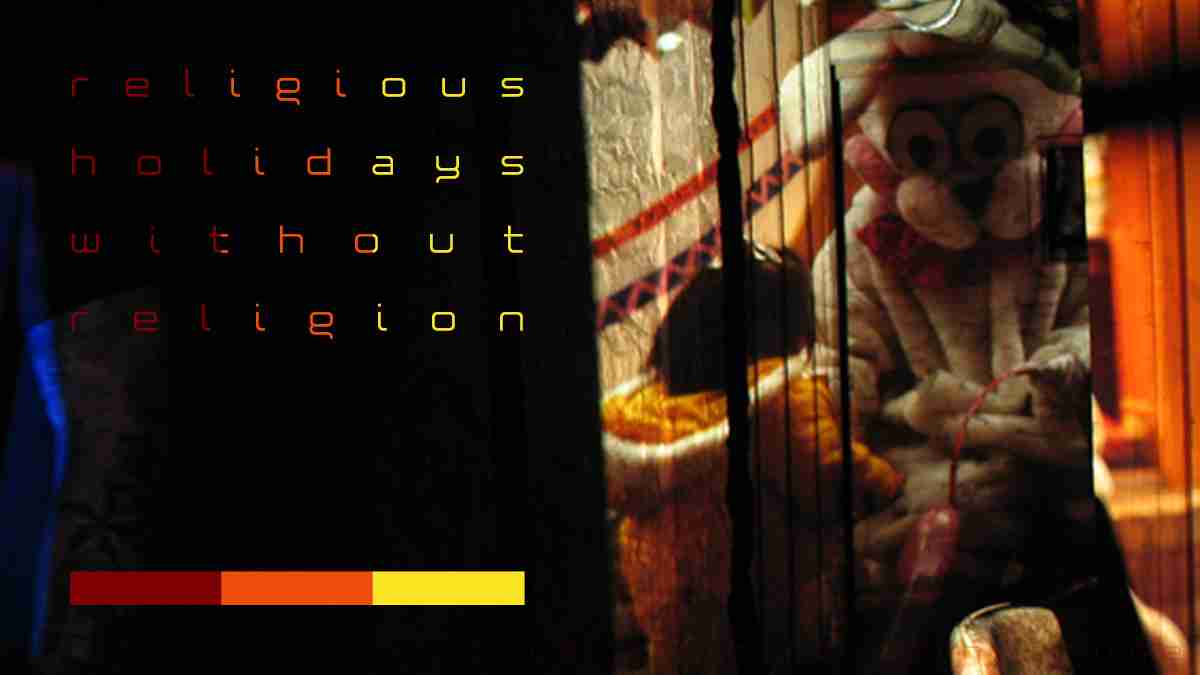 Across America the past weekend, many communities hosted festive children’s Easter egg hunts with all sorts of games, treats, bunnies and hoopla. It was wholesome family fun. But one aspect was generally absent: any mention of supernatural gods rising from the dead.

Part of the reason for this omission: Local governments cannot endorse religion, under America’s separation of church and state. But another factor has been the secularization process. In modern, educated, science-minded societies, former miracle claims wither away. Old holy days instead become simply times of human enjoyment.

For example, the National Retail Federation estimates that Americans have spent over $20 billion on Easter this year, including $2 billion-plus for candy and more than $1 billion for flowers. It has nothing to do with angels and vacant tombs — tales that fewer thinking people believe. It’s just family togetherness.

In reality, Easter is more about the returning warmth of spring — green buds and sprouting flowers — that lifts the human spirit. A poll some years ago asked Americans the significance of Easter, and fewer than half mentioned a supposed miraculous resurrection.

Christmas likewise is losing its supernatural component. Increasingly, it’s more about Santa and Rudolph and Frosty the Snowman — plus huge sums spent for gifts and gatherings that build family closeness.

A 2017 Pew Research survey found that 90 percent of Americans celebrate Christmas — but an ever-smaller share of them think it’s about a virgin miraculously giving birth to a god.

“There has been a noticeable decline in the percentage of U.S. adults who say they believe that biblical elements of the Christmas story — that Jesus was born to a virgin, for example — reflect historical events that actually occurred,” Pew reported. More than 80 percent said they would spend the holiday with loved ones, but only 51 percent planned to attend a worship service.

Conservative politicians often rant about a “war on Christmas,” a secular plot to diminish the season — for instance, by saying “happy holidays” instead of “merry Christmas.”

Actually, nature itself — the Winter Solstice — provides a more profound meaning for this season. For millennia, prehistoric people in the Northern Hemisphere dreaded the worsening cold and dark as the sun sank lower each day, and nights grew longer. Then, joyfully, the sun began returning in late December, and daylight lengthened. Happy celebrations and sun god worship erupted. Life had hope again.

Early Christians didn’t know a date for the birth of Jesus, and observed various times. But in the fourth century, Pope Julius I pulled a clever ploy: He decreed that Jesus was born on Dec. 25, which allowed Christianity to co-opt the merry festival period, taking it away from previous gods.

There’s no reason why we secular-minded folks can’t enjoy such observances — without the religion, of course.

This column has been adapted and updated from a piece originally written on Dec. 26, 2018, for Daylight Atheism.

James A. Haught, syndicated by PeaceVoice, was the longtime editor at the Charleston Gazette and has been the editor emeritus since 2015. He has won two dozen national newswriting awards and is author of 12 books and 150 magazine essays. He also is a senior editor of Free Inquiry magazine and was writer-in-residence for the United Coalition of Reason.
All Articles by this author
PrevPreviousLet’s protect abortion clinics, providers, and patients
NextThomas Paine, a secular Easter, a Pulitzer-winning guest and a freethought universityNext