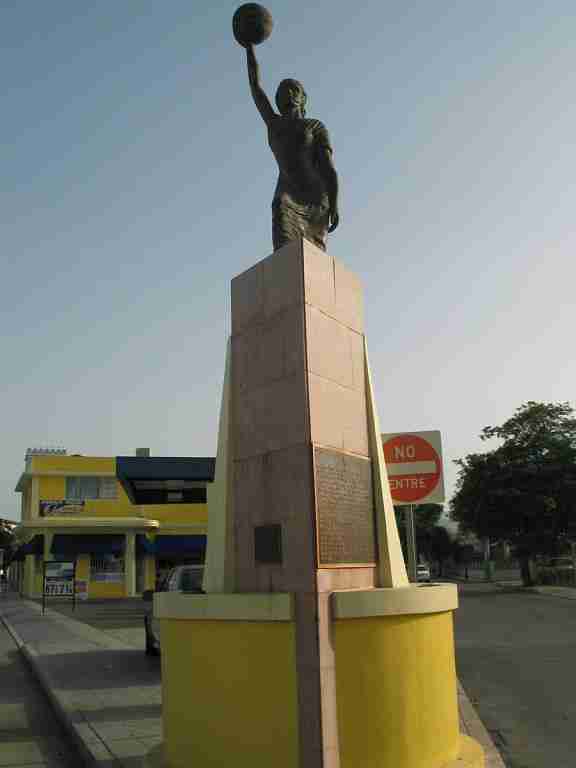 A new civil code in Puerto Rico that recognizes “the rights of the fetus” is the latest development in the long, complicated history of reproductive rights and religion there.

On June 1, Gov. Wanda Vázquez signed into law a civil code that replaces the 1930 version and includes more than 130 amendments. These amendments have raised concerns related to LGBTQ and abortion rights on the island. The Human Rights Campaign has condemned this revised civil code, which was pushed through during a global pandemic without sufficient civic participation.

The world’s oldest colony, Puerto Rico has been a commonwealth of the United States since 1917. Although Puerto Ricans are U.S. citizens, they are unable to vote for president and lack any real representation in Congress. Additionally, American rule has controlled reproductive rights in the past by unethically testing birth control on Puerto Rican women and pushing sterilization. In fact, between 1937-1974, 35 percent of Puerto Rican women were sterilized — the highest rate in the world. The Catholic Church contributed to this environment by labeling the “pill” as a continuous sin, compelling observant women to turn to sterilization as a one-time offense that could be forgiven in confession.

Although abortion has been legal in Puerto Rico since the 1973 Roe v. Wade decision, religious anti-abortion sentiments permeate legislation there. In 2018, Nayda Venegas Brown, Puerto Rican senator and minister, filed Senate Bill 950, the “Law for the Protection of Women and Preservation of Life,” to severely restrict abortion access. Puerto Rican lawmakers passed the bill, but thankfully Gov. Ricardo Rosselló vetoed it. However, anti-choice activists have vowed to continue to fight for the criminalization of abortion. This new civil code could be a step in that direction.

On May 29, three days before Vázquez signed the updated code, she tweeted: “It’s important to listen to everyone! Tonight I was meeting with legal experts from the Christian sector, maintaining dialogue on the proposed civil code.” 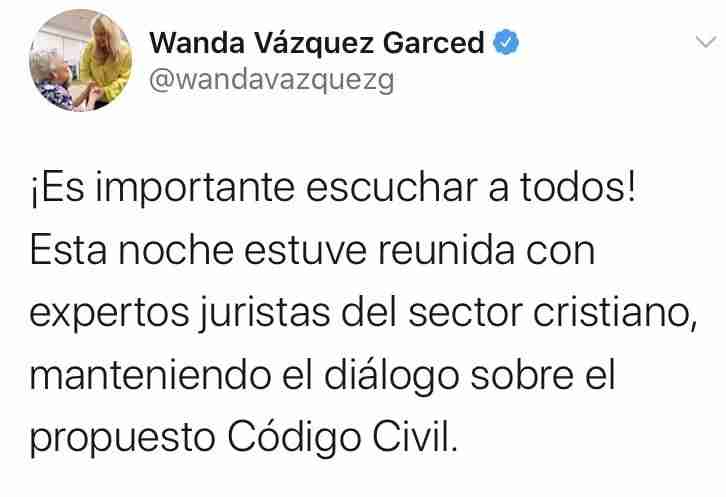 Response to this tweet was swift, with replies demanding a focus on issues like the pandemic and gender violence, which surged by 62 percent after Hurricane Maria devastated the island in 2017. There were many calls for the separation of church and state. 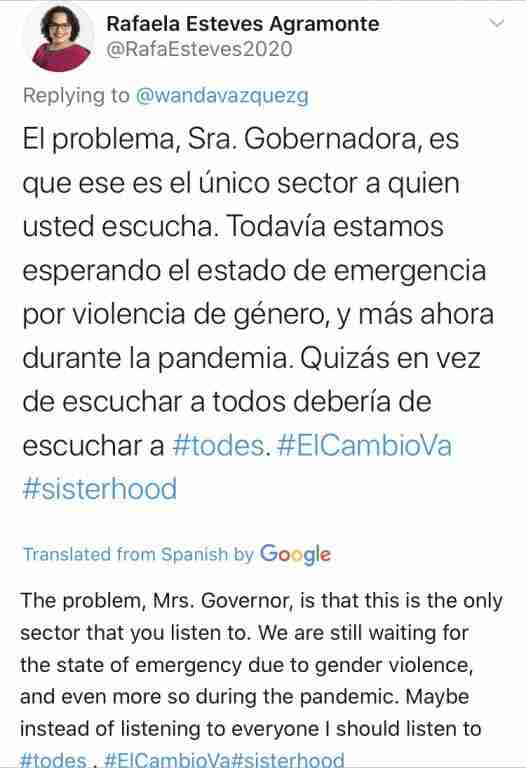 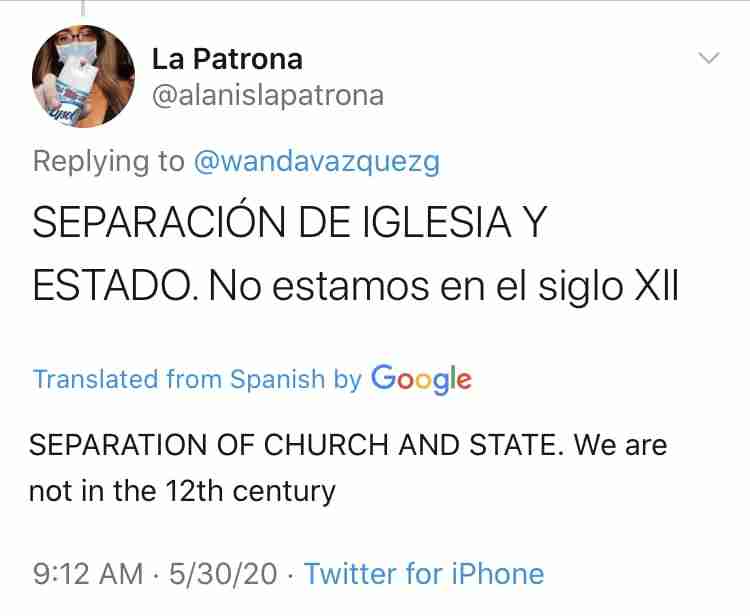 Edgardo Román, president of Puerto Rico’s Bar Association, has pointed out that the island’s House of Representatives has approved at least 70 amendments that could be used to attack reproductive freedom.

The new civil code will go into effect in 180 days. Lawyers are scrambling for its delay so that they have sufficient time to read it. Human rights activist Pedro Julio Serrano lamented: “They wanted to satisfy God and the devil, and they ended up making no one happy.”

The outlook for reproductive rights seems bleak in this U.S. territory.

BARBARA ALVAREZ is a contributing writer for the Freedom From Religion Foundation. Previously she had held the role as FFRF's inaugural Anne Nicol Gaylor Reproductive Rights Intern, a program set up to memorialize FFRF’s principal founder, who was an early abortion rights activist and author of the book Abortion is a Blessing. Barbara was a major winner in FFRF’s essay competition for graduate students, writing about the bible’s role in the abortion battle.
All Articles by this author
PrevPreviousFFRF responds to Trump, Congress and the Supremes
NextHuman decency moves civilization forwardNext