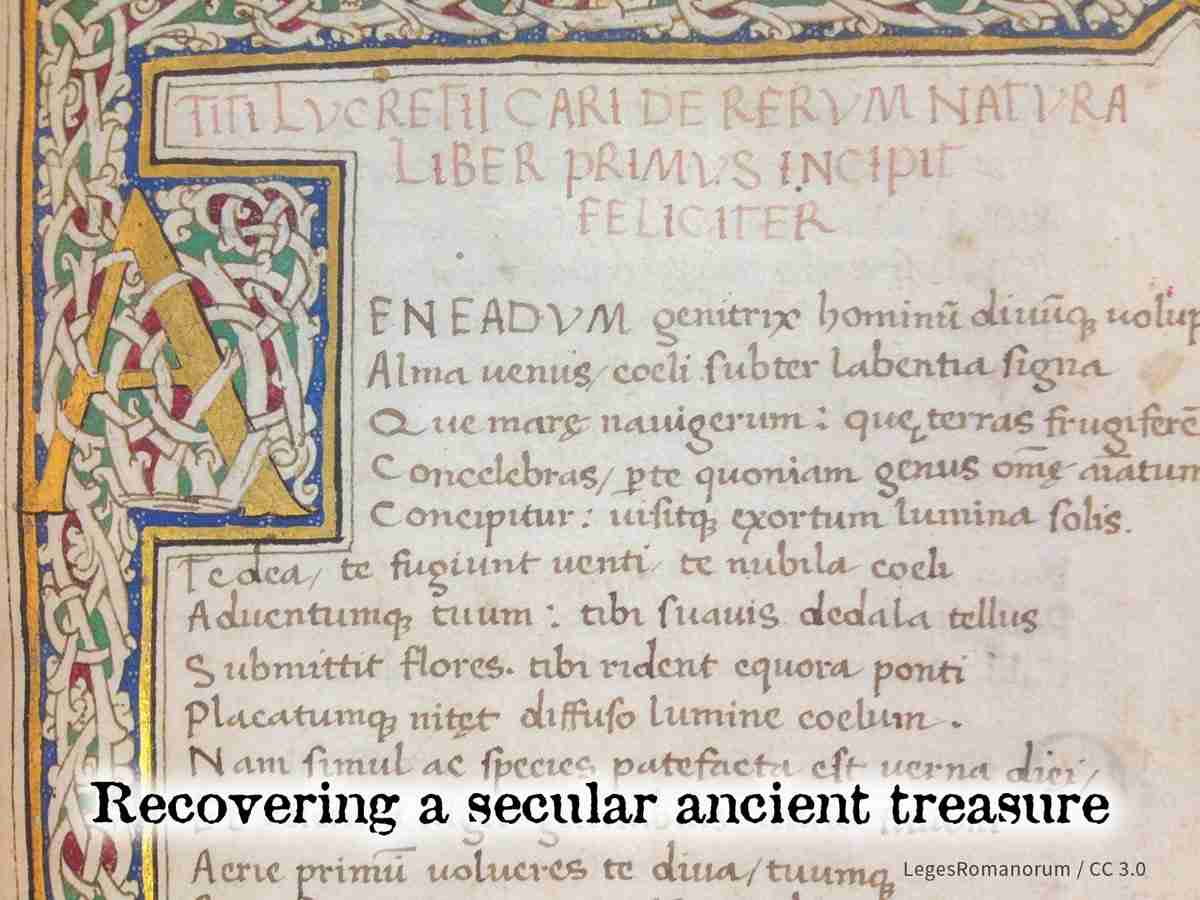 Ancient Greece, birthplace of Western civilization, was contradictory.It produced the first known thinkers who tried to understand the world through logic and observation, instead of through supernatural explanations. Yet Greeks also sacrificed thousands of animals to imaginary gods on Mount Olympus and gave gold to mystical “oracles” who babbled in trances.

Surrounded by so much religion, one of the foremost logical thinkers was Epicurus (341-270 BCE), who taught that there’s no actual evidence for gods, devils, heavens, hells, miracles, prophecies and the like — so people simply should lead rewarding lives here and now. He also speculated that all matter consists of invisible atoms swerving endlessly, and that creatures change through evolution. His scientific hunches later proved amazingly valid.

Epicurus was first to articulate the philosophical quandary called “the problem of evil.” If God is all-loving and all-powerful, he wrote, why does he allow horrible suffering and cruelty in the world? Either God cannot prevent the agony or he callously doesn’t want to, Epicurus reasoned. There’s no other possible conclusion. In all the centuries since, clergymen have been unable to refute this clear logic.

Epicurus called religion “irrational fancies” and “credulous belief in the reality of phantoms.” Instead of wasting time on such nonsense, he said, people should seek the best possible lives while they have the ability to do so.

A couple of centuries later, Roman thinker Titus Lucretius Carus (99-55 BCE) wrote a long tribute to Epicurus titled De Rerum Natura (On the Nature of Things). His classic Latin poem was filled with sneers at supernaturalism.

“Fear was the first thing on Earth to make gods,” it says. “The universe has not been made through divine power, seeing how great are the faults that mar it.”

“How many evils has religion caused,” Lucretius writes, commenting on King Agamemnon’s sacrifice of his daughter to induce the gods to favor his attack on Troy.

“Not they who reject the gods are profane, but those who accept them,” he says. “There is no murky pit of hell awaiting anyone. . . . When the body has perished, there is an end also of the spirit diffused through it.”

The great Lucretius poem was cited by various other ancient writers, but all copies of it later became lost. Then, nearly 15 centuries afterward, a scholarly papal clerk, Poggio Bracciolini, visited a German monastery in 1417 and found a long-forgotten copy covered by dust on a remote shelf. Elated, he began distributing handwritten copies to European intellectuals, who discussed the Lucretius work in learned forums. It spurred a breakthrough for scientific thinking.

Harvard University Professor Stephen Greenblatt contends in a significant book, The Swerve: How the World Became Modern, that the rediscovery of the lost Lucretius poem helped trigger the Renaissance, the Age of Reason, the Enlightenment and the six-century upsurge of science and democracy that have marked the West since then.

His book won a 2012 Pulitzer Prize and a National Book Award. A New York Times review said: “On the Nature of Things was filled with, to Christian eyes, scandalous ideas. It argues eloquently, Mr. Greenblatt writes, that ‘there is no master plan, no divine architect, no intelligent design.’ Religious fear, Lucretius thought, long before there was a Christopher Hitchens, warps human life.”

Of course, nobody thinks the rediscovery of one lost Latin poem single-handedly transformed international culture, but the 15th century episode obviously was a factor in the great mental shift that grew with the Renaissance. It was a milestone on the vast journey humanity has traveled — a journey away from magical thinking, toward scientific reality.

As Western society steadily evolves to embrace values of secular humanism, it’s intriguing to ponder how we got here.

This column is adapted from a piece that originally appeared in the December-January 2012-13 issue of Free Inquiry.

James A. Haught, syndicated by PeaceVoice, was the longtime editor at the Charleston Gazette and has been the editor emeritus since 2015. He has won two dozen national newswriting awards and is author of 12 books and 150 magazine essays. He also is a senior editor of Free Inquiry magazine and was writer-in-residence for the United Coalition of Reason.
All Articles by this author
PrevPreviousStarting and ending the week dramatically
NextAbortion rights under siegeNext