You can’t accuse us of slacking off at the Freedom From Religion Foundation. It’s amazing how much we took on over the past week.

We issued a statement detailing the various ways in which religion has enabled the spread of the coronavirus in this country. “Because the solution for the pandemic will come through medical science, not religion or prayer, it is imperative that religion gets out of the way,” we concluded. 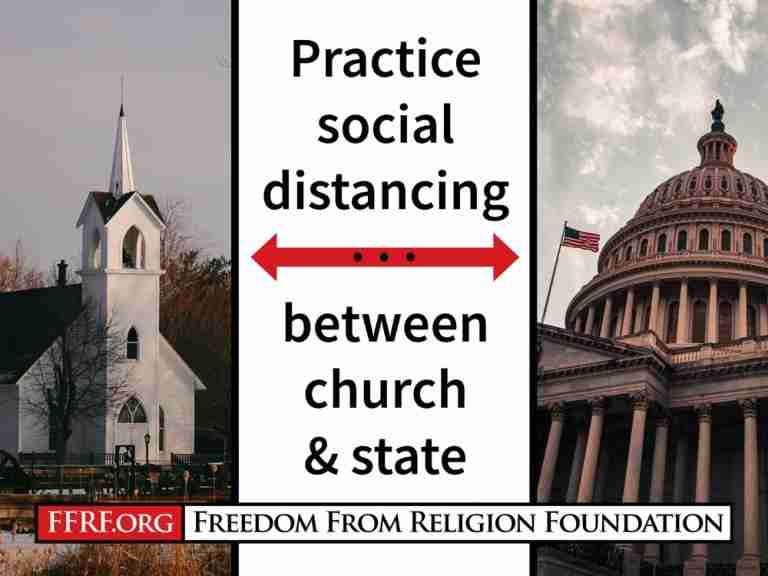 No special favors for religious schools
We decried South Carolina’s recent unprecedented decision to hand out tens of millions in taxpayer dollars (that, too, of COVID relief money!) to private, mostly religious schools. The funding program is a taxpayer boondoggle and injustice, and on behalf of concerned S.C. citizens, FFRF is urging the governor to withdraw this misguided proposal.

Keeping a secular eye on Congress
There was better news at the national level. We welcomed the House’s overturning of President Trump’s infamous travel ban employing a religious test. The NO BAN Act is one of the key legislative initiatives of the Freedom From Religion Foundation and the Congressional Freethought Caucus.  “This is a step in the right direction,” FFRF Co-President Annie Laurie Gaylor said. 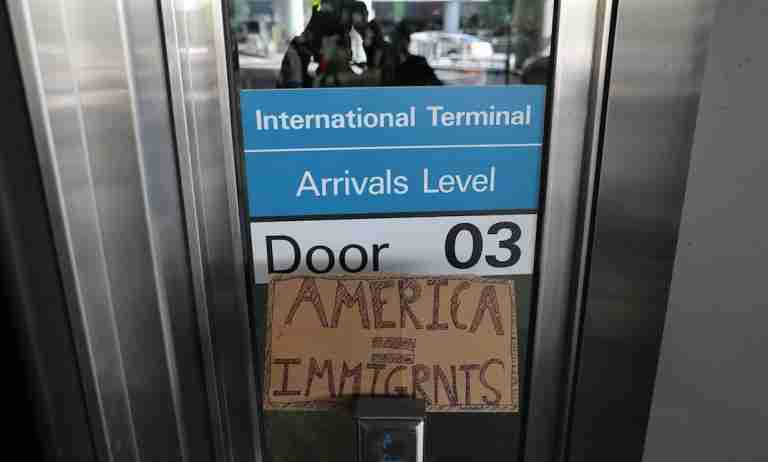 We also lauded landmark provisions in a House of Representatives funding bill that will fight discrimination and protect true religious liberty.

“The Trump administration must be held accountable for their flagrant disregard of the separation between state and church,” said Annie Laurie. “We want the Senate to follow the wisdom of the House and keep these critical provisions in their appropriations bills.” 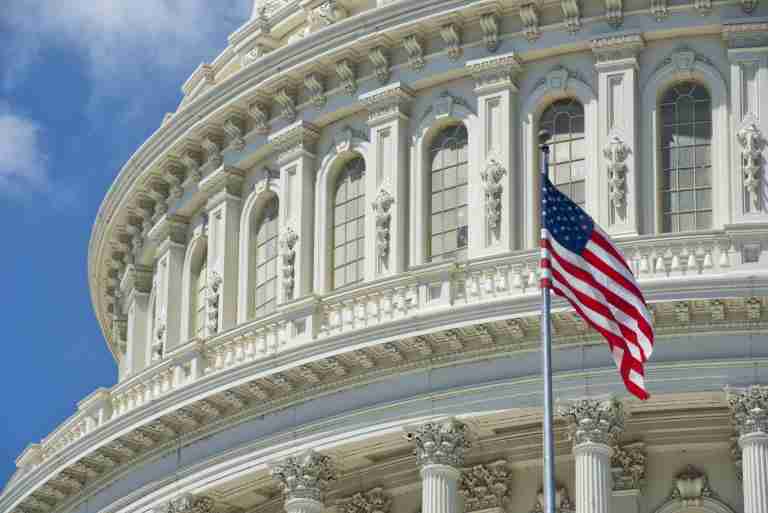 Picketing a fundamentalist coffeeshop
We were active at the local level, too. FFRF Co-Presidents Dan Barker and Annie Laurie Gaylor, along with Freethought Today Editor Emeritus Bill Dunn, stood up for science in front of a local fundamentalist coffeeshop that is defying our home county’s mask-wearing requirement. The insolence seems almost facetious, but it isn’t a joke for a place of business to openly flout a public health order and for its fundamentalist owners to act as if they are above the law due to their “sincerely held religious beliefs.” We demanded action against the coffeehouse — and applauded when county authorities imposed a fine in the interest of public health and well-being. 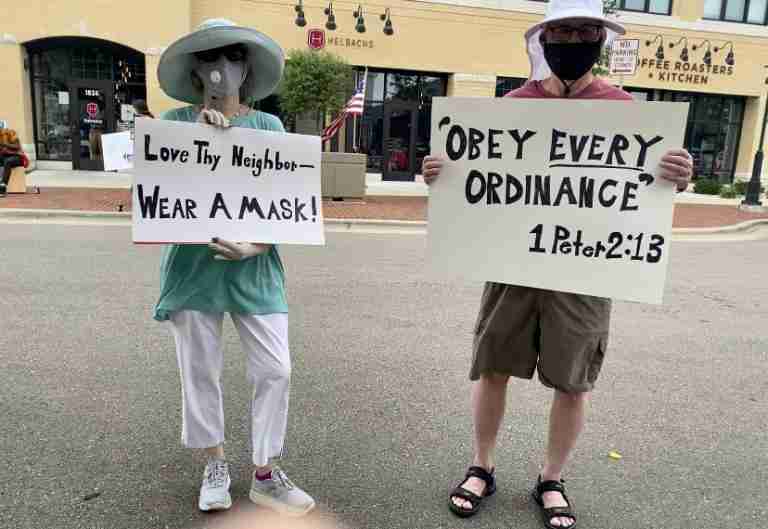 A victory for taxpayers
We also celebrated a victory for taxpayers near our home. “The San Damiano Friary, a historic lakefront property in Monona, is no longer exempt from paying property taxes after the Freedom From Religion Foundation questioned the property’s tax status in December,” reports our hometown newspaper about our win in a city very near our headquarters in Madison, Wis. The property owners will possibly be shelling out over $80,000 in taxes annually. “We’re glad we were able to help end yet another case of religious privilege,” says Annie Laurie, who thanks Staff Attorney Patrick Elliott for his diligence in this matter.

All the stuff we do!
In case there’s any doubt about how much we achieve regularly, here’s a roundup we compiled of a representative sampling of the non-pandemic-related letters we’ve sent out recently. Look at the list and marvel, made possibly due to our intake and letter-writing legal team, overseen by Legal Director Rebecca Markert, headed by Intake Attorney Madeline Ziegler, with Staff Attorney Chris Line, Legal Fellows Brendan Johnson and Dante Hartootunian, and Legal Assistant Greta Martens. (We will miss Dante, who will be departing at the end of the month for his federal clerkship in American Samoa.)

Our radio show focused on much of this flurry of activity — and a major freethinking politician. Dan and Annie Laurie spoke with Rep. Jared Huffman (the only open nonbeliever in Congress) about the Huffman-co-chaired Congressional Freethought Caucus’ scathing rebuke of a recent report by a Mike Pompeo’s convened-commission. 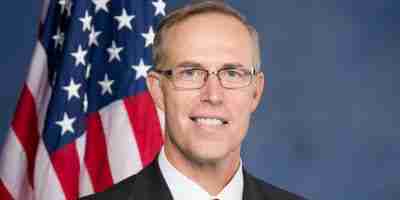 A focus on reproductive rights
Our bloggers were prolific this week, too. FFRF Anne Nicol Gaylor Intern Barbara Alvarez wrote two blogs. In the first, she focused on how religiously affiliated hospitals and medical facilities imperil the right to sterilization. “Women’s reproductive health care demands comprehensive access to contraception, abortion, fertility options — and voluntary sterilization,” she wrote. In the second, she spotlighted the Religious Right’s threat to sensible sex education. She concluded, “It is imperative that sex education in public schools be comprehensive and secular.” 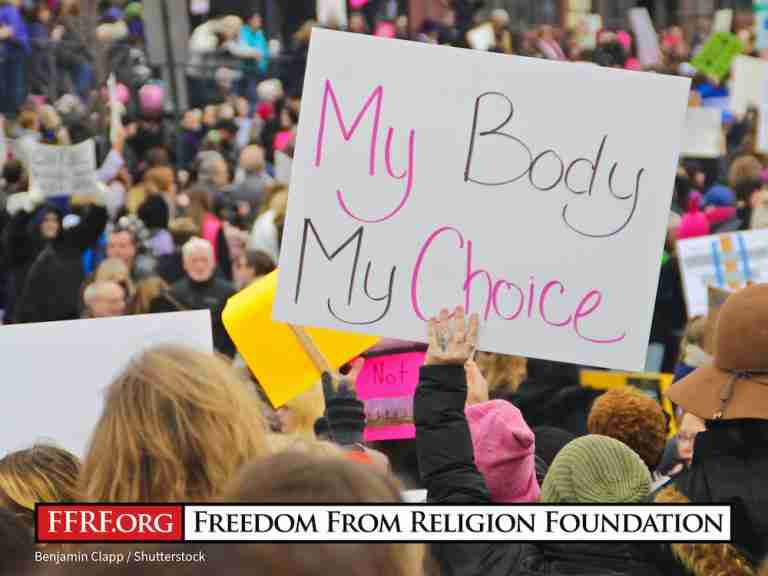 Why is the U.S. becoming more freethinking?
Veteran freethinker Jim Haught attempts to tackle a big question in his column for this week: why the United States is heading toward nonbelief. Find out what he offers as an answer (and savor an incredible George Carlin riff in the process). 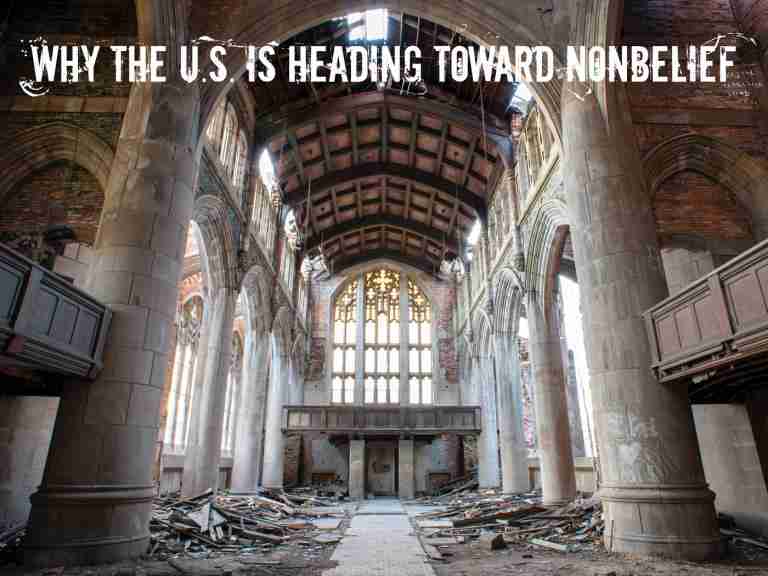 We ourselves are sometimes amazed by how much we get done within a week  — all, of course, due to your steady support.