Prolonging dying is a religious idea 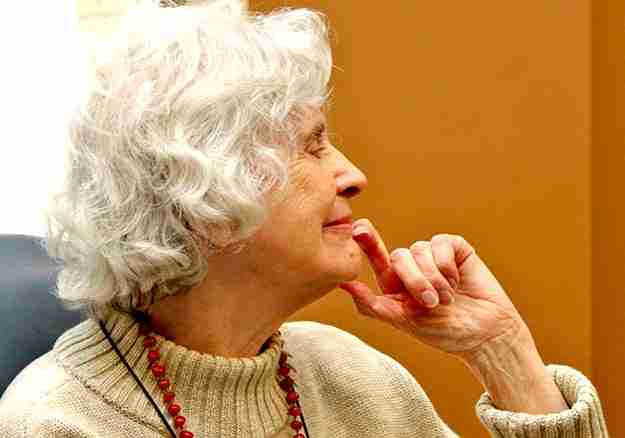 To honor the historic decision in the District of Columbia to offer the dying a more compassionate and rational end, this blog is reprinting a short statement written in the early 1990s by the late Anne Nicol Gaylor, FFRF’s principal founder.

To insist that someone who is suffering from a terminal illness must endure pain and anguish is not civilized. Sustaining life for a terminally ill or comatose patient has become the new religious inquisition.

Our society frowns on the suffering of animals. We do not force an animal with an incurable disease to keep living in pain — “to put an animal out of its misery” is acceptable in our society — indeed, it is regarded as kind and humane.

But suffering humans do not rate! Their wishes are not a factor. Human life at all costs is mandated by religious people.

Anyone who ever has had Sodium Pentothal for surgery knows it would be an easy way to leave the world. One second you’re here — the next, painlessly, you are gone. Why should people have to drag themselves to outbuildings and literally blow out their brains when a civilized, humane death is possible?

Prolonging dying frequently enriches nursing homes and hospitals and their staffs. But it decimates loved ones who stand by helplessly. It is needless.

Congressional foes are still vowing to tie up the D.C. legislation in an appropriations bill. FFRF thanks its members who responded to our action alert on this issue.

An even greater threat appears to be the nomination of Neil Gorsuch to the Supreme Court. Gorsuch has written a book amassing arguments against death with dignity laws.

Death with dignity is a state/church issue and a freethought issue. In addition to D.C., only five state legislatures — California, Colorado, Oregon, Vermont and Washington — have enacted death with dignity statues. (In Montana, physician-assisted suicide is legal by decree of its state Supreme Court.) As our nation awakes from its religion-induced denial over end of life matters, it will be ever more important for freethinkers to speak out for the right to a rational end of life.