Skip to content
PrevPreviousWadeing in on Roe & other complications
NextTrolling Trump Jr. & having fun with Julia SweeneyNext

In a world where the president of the United States suggested as a candidate that women who have abortions should be punished, it should not be surprising that a notorious minister is actually suggesting their execution.

The infamous Wisconsin minister Matthew Trewhella, founder of the laughably named “Missionaries to the Preborn,” has written:

“When we are asked what the punishment should be for women who have illegal abortions, we should unashamedly respond — whatever the penalty is for murder in the state where it takes place.”

Trewhella has made it clear he thinks not only abortion should be criminalized, but that women who have them should be executed. (Thankfully, the state of Wisconsin had the good sense to become the second principality in the world to repeal its death penalty back in 1853, something Trewhella undoubtedly fumes over.) Like so many anti-abortionist woman haters and fanatics, Trewhella also seeks to outlaw contraception, even though it is (obviously!) the best way to prevent unwanted pregnancies and abortions. 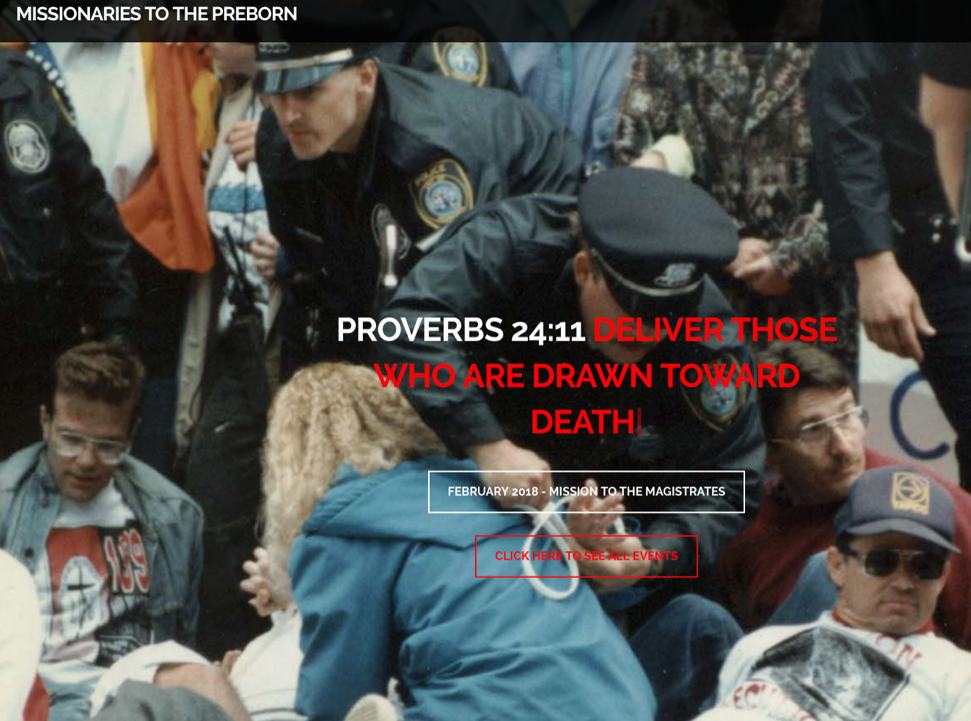 That’s why it comes as a shock that a Wisconsin legislator, state Rep. Chuck Wichgers, would hobnob with Trewhella, leader of a hate group that has harassed and hounded abortion clinics and patients in its quest to make motherhood mandatory. One Wisconsin Now reports that Wichgers is inviting colleagues to join him at a meeting with Trewhella’s group at the state Capitol on Feb. 7. This is a disgraceful elevation of misogynist hooligans to the status of VIPs. And Wichgers is by no means the only elected official to lend his prestige to misogynist bullies.

Kentucky Gov. Matt Bevin, whom FFRF has frequently chided over his actions entangling church and state (most recently a useless prayer proclamation), deeply admires Trewhella’s work. Not only has Bevin reportedly read a book by Trewhella that urges elected officials to ignore laws legalizing abortion in favor of “God’s law,” he liked it so much that he “passed it to others.”

Speaking of fanatics, good riddance to Teresa Manning — the anti-abortionist Trump put in charge of family planning programs at Health and Human Services. She abruptly departed her position earlier this month with no explanation. Unfortunately, her replacement, Valerie Huber, is little better, advocating “abstinence” as a birth control method.

The administration still has as an assistant secretary at HHS Charmaine Yoest — formerly head of Americans United for Life, the largest anti-abortion group, and a person who thinks the IUD and the morning-after bill are abortifacients. Katy Talento, another anti-contraceptive propagandist, is a health policy aide to the White House Domestic Policy Council. And let’s not forget Donald Trump himself, who celebrated the 45th anniversary of Roe v. Wade by making it easier for states to defund Planned Parenthood and has vowed to defund it at the federal level.

Trump reminds me: Did you catch Pope Francis’ bizarre remarks denouncing “fake news” as “evil”? These comments were pointedly made shortly after Francis found himself in hot water during his South American tour for promoting to bishophood a Catholic official who had knowledge of crimes committed by a notorious serial predator priest and yet did nothing. The pope harshly condemned Chilean victims of priest abuse for committing “slander” by objecting to the appointment.

The pope did not use the term “fake news” in defending his choice of bishop, but that was clearly his meaning. So, a week later, to make “fake news” the theme of his annual “social communications message” seems less than tactful and more than suspicious.

Upon first reading coverage of the pope’s remarks, I found myself briefly agreeing with him, when he claimed the first fake news dates to the bible. You said it, Francis.

But no, the fake news, Francis continued, stems from the serpent giving Eve that tempting apple (“fake news”) in the Garden of Eden. The pope went on to say of that snake: “The strategy of this skilled ‘Father of Lies’ is precisely mimicry, that sly and dangerous form of seduction that worms its way into the heart with false and alluring arguments.”

One might think that the head of a religion famously characterized as an “organization preaching morality and providing sanctuary to perverts” might want to avoid remarks calling attention to the false and seductive “Father of Lies.”

Surely, the pope cannot be blind to the fact that the term “fake news” is being used by America’s current panderer-in-chief as a weapon seeking to delegitimize the media? Stinging from objective media reports in Chile, perhaps the pope wants to beat the media dog while it’s down, too.

The irony of the head of one of the crustiest, most antediluvian religions declaiming against “fake news” is rich. More revealing is the fact that the pope accuses the serpent of disseminating “fake news.” A fair reading of Genesis reveals the opposite. The snake pointed out the “Tree of the Knowledge of Good and Evil,” and when Eve and Adam ate from it, “the eyes of both of them were opened.” For this, the biblical deity punishes them with death (as if it were not an inevitability). For woman, the god of the bible reserves his harshest sentence:

“Unto the woman he said, I will greatly multiply thy sorrow and thy conception; in sorrow thou shalt bring forth children; and thy desire shall be to thy husband, and he shall rule over thee.” [emphasis added]

Thus the root of the anti-abortion and anti-contraception crusade. Such crusaders truly believe mandatory motherhood is a God-ordained curse and punishment that no sinful woman — all women are sinful as the daughters of Eve — has the right to escape.

What opened my mother’s eyes, and mine as a teenager, to the harm of religion in government was her experience as a feminist working to legalize abortion and contraception in Wisconsin in the early 1970s. We had an “aha” moment.

She wrote: “As late as 1974, it was illegal in Wisconsin for any unmarried person to purchase contraceptives, and our laws were hostile to birth control even for someone properly married. Trying to change that law turned me into an activist for freethought because I learned who the enemy really was. That enemy was religion. . . .

“In working for women’s rights, I fought a battle that would never end, because the root cause of the denial of those rights was religion and its control of our government. To be free from religion is an advantage for individuals; it is a necessity for government,” she concluded.

As the feminist folk singer Kristin Lems warned in her signature song, “Days of the Theocracy”:

They teach us woman’s lot
Is love, honor and obey,
And while their crusty notions
Seem like jokes to us today.
They’re sitting in the Capitol,
They’re voting on our lives;
If we don’t stop them soon
Our freedom will not long survive!

Annie Laurie Gaylor is co-president of the Freedom From Religion Foundation. She co-founded FFRF in 1976 as a college student with her mother Anne Nicol Gaylor. She served as the editor of FFRF’s newspaper, Freethought Today, from 1985-2009. She became FFRF co-president with Dan Barker in 2004. Annie Laurie has authored three books for FFRF: Woe to Women: The Bible Tells Me So; Woe to Women: The Bible Tells Me So; and Women Without Superstition: “No Gods – No Masters”, the first anthology of women freethinkers.
All Articles by this author
PrevPreviousWadeing in on Roe & other complications
NextTrolling Trump Jr. & having fun with Julia SweeneyNext