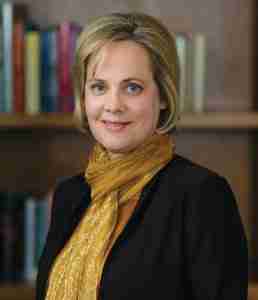 Last week Pope Francis was hailed worldwide merely for appearing to suggest that dogs can go to heaven. Then it turned out he never said it.

For the record, this is the pope’s void-for-vagueness remark about heaven on Vatican Radio Nov. 26: “The Holy Scripture teaches us that the fulfillment of this wonderful design also affects everything round us.” Italian media, then media around the world, including The New York Times, went wild, conflating this remark with another comment “attributed” to Pope Paul VI, supposedly to comfort a small boy: “One day, we will see our animals again in the eternity of Christ. Paradise is open to all of God’s creatures.”

But the quote fable is really beside the point. Heaven is the real fable. What is to the point is that none of us, beloved pooches included, will outlive our deaths. There’s evidence only for death after life, not life after death. Heaven is pure make-believe and wishful thinking. Even had the pope said dogs go to heaven, he would have simply been conjuring up a nicer nonexistent place than the traditional Catholic version.

“Faith outreach” officials with the Humane Society and PETA fell all over themselves in response to the misreports of the pope’s remarks on heaven. Ms. Christine Gutleben, senior “director of faith outreach” for the Humane Society, told The New York Times, “If the pope did mean that all animals go to heaven, then the implication is that animals also have a soul.”

If dogs have “souls,” isn’t the other implication that they could also wind up in hell? Why weren’t PETA and the Humane Society calling for a picket of the Vatican for cruelty to animals?

One can speculate endlessly about the nonexistent, but we shouldn’t reward people, popes or parents for such irresponsible vaporizings. It’s not right or ethical to deceive children about the fate of dead pets. At best, one might truthfully say of a pet or person who’s been very ill, that their suffering is over. But to say a pet or a person is “in a happier place” is a fabrication. It’s a “pie in the sky” lie. The time to enjoy pie is while we’re alive. If we’re going to enjoy pie, or treasure our pets, and each other, it has to be here and now.

Nor can I approve a fool’s paradise, however final, inexorable, frightening, tragic or ghastly death might be. Telling ourselves obvious fibs about reality shouldn’t be laudable. As Emily Dickinson put it, “Believing what we don’t believe/Does not exhilarate.” Most of us would agree death could be a friend in the most ideal of circumstances, at the conclusion of a long, fulfilling life when we’re worn out and ready to go. And in those less ideal and more likely circumstances, such as long illnesses, or Alzheimer’s, death may well be a welcome release. And wouldn’t immortality ultimately turn into eternal torture? As Dan says, “The trouble with eternal life is: When does it end?”

Religion’s greatest “sin” lies in displacing human endeavor, thought, time, resources and efforts from this world, our only world, in order to exalt a highly unlikely, unknowable, unseeable, unprovable and unbelievable pretend afterworld. The only afterlife that ought to concern us is leaving our descendants (along with the other animals and life we share our planet with) a secure and pleasant future.

SOME FAVORITE QUOTES ABOUT HEAVEN AND HELL

It is possible to speculate endlessly about the nonexistent. — Anne Nicol Gaylor

The average man, who does not know what to do with his life, wants another one which will last forever. — Anatole France

Millions long for immortality who do not know what to do with themselves on a rainy Sunday afternoon. — Susan Ertz

That it will never come
Is what makes life so sweet.
Believing what we don’t believe
Does not exhilarate.

That if it be, it be at best
An ablative estate –
This instigates an appetite
Precisely opposite.
— Emily Dickinson

The lash of a hereafter is no guide for us here. — Ernestine L. Rose

Religion, with an upward glancing eye, asks what there is above. Philosophy looks around her and seeks to make a happy home of earth. — Emma Martin

One world at a time. — Robert G. Ingersoll
(Also attributed to Henry David Thoreau as he lay dying.)

I believe that this world needs all our best efforts and earnest endeavors twenty-four hours every day. . . . I do not know the needs of a god or of another world. . . I do know that the needs of humanity and this world are infinite, unending, constant, and immediate. They will take all our time, our strength, our love, and our thoughts; and our work here will be only then begun. — Helen H. Gardener

Our life is short and we cannot spare an hour from the human race, even for all the gods in creation. — Ernestine L. Rose.

Dying is a very dull, dreary, affair. And my advice to you is to have nothing whatever to do with it. — W. Somerset Maugham

I believe that when I die I shall rot, and nothing of my ego will survive. I am not young and I love life. But I should scorn to shiver with terror at the thought of annihilation. Happiness is nonetheless true happiness because it must come to an end, nor do thought and love lose their value because they are not everlasting. — Bertrand Russell

I cannot imagine a God who rewards and punishes the objects of his creation, whose purposes are modeled after our own—a God, in short, who is but a reflection of human frailty. Neither can I believe that the individual survives the death of his body, although feeble souls harbor such thoughts through fear or ridiculous egotism. It is enough for me to contemplate the mystery of conscious life perpetuating itself through all eternity, to reflect upon the marvelous structure of the universe which we can dimly perceive, and to try humbly to comprehend even an infinitesimal part of the intelligence manifested in nature. — Albert Einstein

All religions issue bibles again Satan, and say the most injurious things against him, but we never hear his side. — Mark Twain

Annie Laurie Gaylor is co-president of the Freedom From Religion Foundation. She co-founded FFRF in 1976 as a college student with her mother Anne Nicol Gaylor. She served as the editor of FFRF’s newspaper, Freethought Today, from 1985-2009. She became FFRF co-president with Dan Barker in 2004. Annie Laurie has authored three books for FFRF: Woe to Women: The Bible Tells Me So; Woe to Women: The Bible Tells Me So; and Women Without Superstition: “No Gods – No Masters”, the first anthology of women freethinkers.
All Articles by this author
PrevPreviousDon’t ‘discount’ civil rights, despite ‘Daily Show’ spin
NextCharlie Hebdo, Bill Donohue, and the freedom of thoughtNext