We at the Freedom From Religion Foundation are dealing with an amazingly assorted variety of issues every week.

Take the week gone by, for instance. When we became aware that the State Department was organizing a conference call for just “faith-based media,” we responded within hours, seeking assurances that this sort of thing won’t happen again. “Holding an informational media call that is open only to members of the media with your preferred religious viewpoint is anathema to your constitutional obligation to treat all Americans equally regardless of their religious affiliation,” FFRF Staff Attorney Ryan Jayne reminded Secretary of State Mike Pompeo. Under Pompeo’s leadership, the State Department is veering in, um, unexpected directions.

A Post-Roe America?
It’s impossible with the Trump administration to overlook its religion-based hostility to women’s rights, especially reproductive rights. On Freethought Radio, FFRF Co-Presidents Dan Barker and Annie Laurie Gaylor interviewed author, journalist and activist Robin Marty about her new Handbook for a Post-Roe America — a scary assessment of what is happening and what may happen soon on the abortion rights front. We also talked with Professor Adam Chodorow about our recent setback at appellate court level in our housing allowance lawsuit and to Ryan about why he felt compelled to go down to the Missouri Statehouse to testify against a bill. 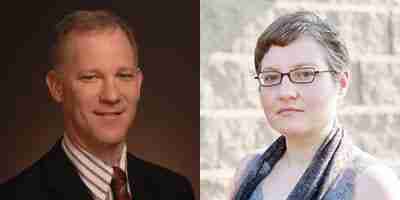 Marty is not being paranoid about the fate of Roe v. Wade. Restrictions on abortion are already making it very difficult to obtain one in many parts of the country. An anti-abortion measure that’s popping up in states all over the country is the “fetal heartbeat bill,” and we condemned such bills when an iteration was signed into law in Mississippi yesterday. 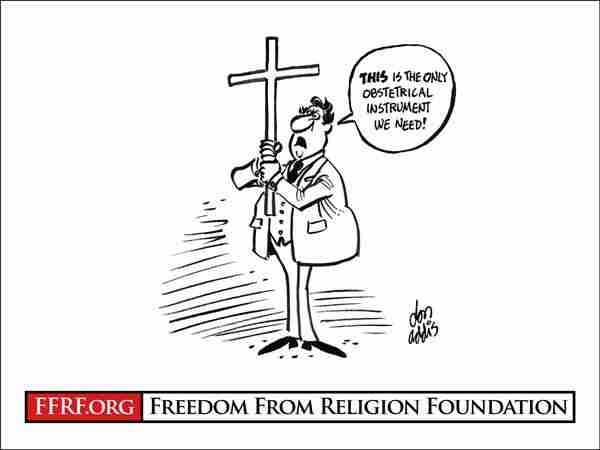 Religion is not part of March Madness
And in tackling so many matters, we certainly couldn’t avoid the current national frenzy of March Madness. The University of Kentucky women’s basketball coach routinely promotes religion, and we called foul on that. “Students should not be pressured to pray to play,” Annie Laurie remarked. 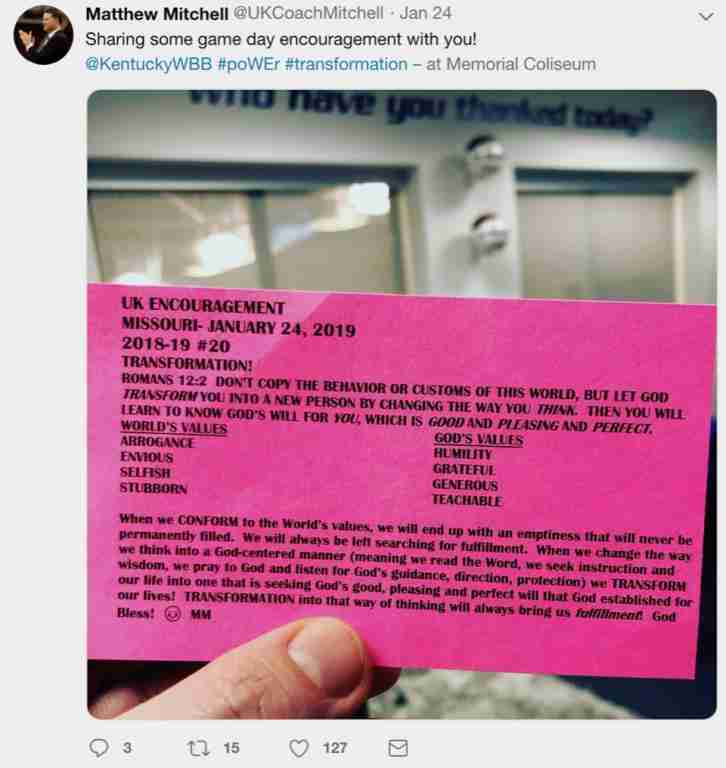 Come Out on Saturday!
For the freethinking community this week, there’s a day that far surpasses March Madness in importance. Saturday, March 23, has been declared an international “Coming Out Day” for atheists and other nonbelievers, and we’d like to invite you to take part in our amazing online campaign. It is fun, creative, and takes about a minute to participate. So, join in!

Catch Dan Barker in the Old Dominion
Dan Barker has been extensively traveling the country recently, and for you Old Dominioners, we have a treat. Dan will be in Virginia for two events in the coming week, in Roanoke on Sunday, March 24, and at Virginia Tech in Blacksburg on Monday, March 25. Try to make it if you can!

Surviving fundamentalist terror
We delved into international issues, too. Our “Freethought Matters” TV show this Sunday has me interviewing Rasel Ahmed, co-founder of Bangladesh’s first and only LGBTQ magazine, who had to flee Bangladesh after the magazine’s co-founder was hacked to death in Dhaka in April 2016 by Islamist terrorists. Rasel was the premiere recipient of FFRF’s Avijit Roy Courage Award at FFRF’s 2018 national convention in San Francisco, where I spoke with him. Watch it Sunday morning where you live (check out the listings here) or catch it any time on our YouTube channel. 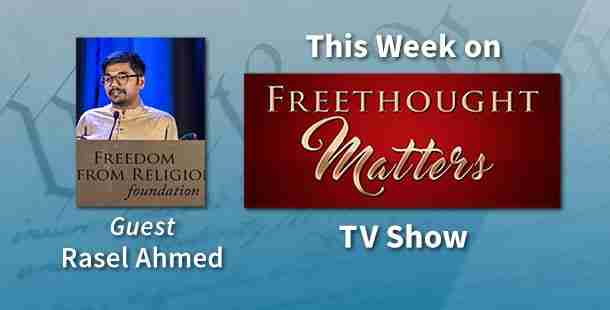 A biblical courthouse?!
And, of course, we couldn’t neglect local concerns. We objected to a biblical verse (from the Book of Deuteronomy, in case you’re wondering) adorning the St. Louis circuit attorney’s office at a courthouse there. In addition to such a plaque being unconstitutional, it is also highly inappropriate, given the Old Testament’s retributive notion of justice, we pointed out. And we asked the Arkansas Department of Education to stop promoting religion in an online course it offers. “Not only is this unconstitutional, but it is a gross violation of the rights of conscience of students and their parents — the ones who ought to be responsible for decisions about their children’s religious upbringing,” Annie Laurie remarked. 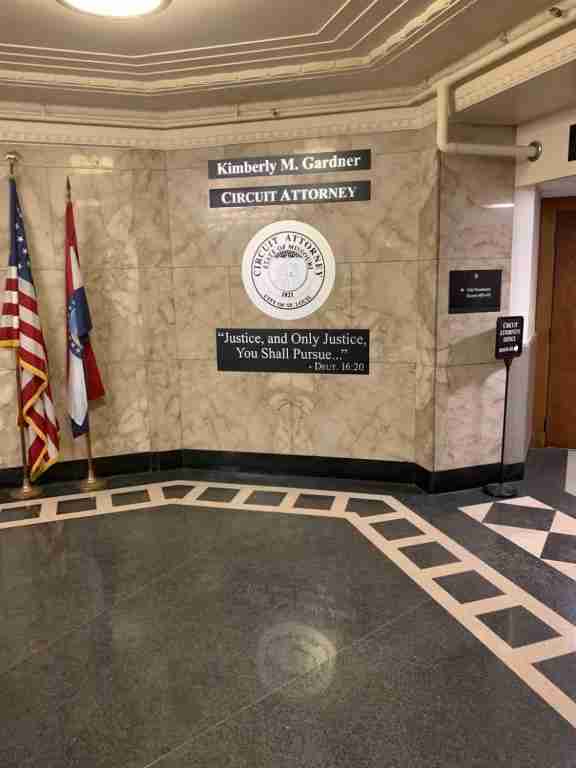 We had incredibly disparate matters to handle this week, and we were able to do so only because of you and your generosity.