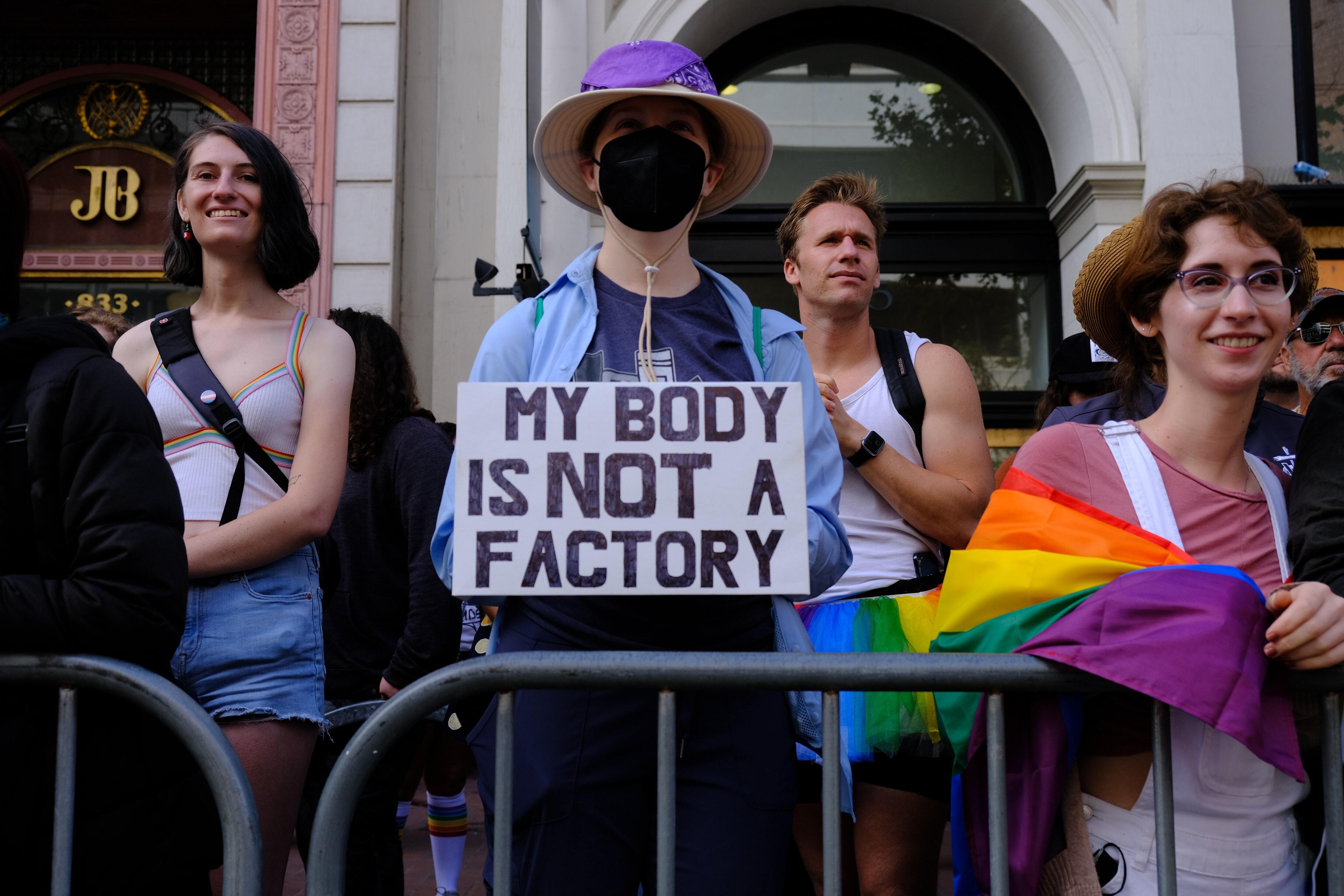 More than half of states in our nation  are slated to ban abortion. However, even in many states where abortion is still technically legal, there are a variety of barriers that make access nearly impossible — such as parental consent laws.

According to the Guttmacher Institute, the majority of states require some form of parental involvement in a minor’s decision to have an abortion. This may involve consent or notification within 24 or 48 hours before a procedure. In the Freedom From Religion Foundation’s home state of Wisconsin, before abortion was banned due to a pre-Civil War law that is still on the books, minors had to seek parental consent or obtain a waiver by the courts in order to receive abortion care. This is a harmful precedent.

Teens who do not want to involve a parent in their abortion decisions often have a very good reason, as the American Civil Liberties Union explains. By revealing a pregnancy or a desire to seek an abortion, teens may be subjected to abuse or abandonment. I often think of the children of Christian extremist parents. When Bristol Palin (the daughter of Sarah Palin) became pregnant at age 17, I wonder whether she even had the option to discuss abortion. I am disinclined to think so and it breaks my heart to think of other minors who are forced to carry a pregnancy to term because of religious abuse and indoctrination.

When I worked on a research project for the University of Wisconsin’s Collaborative for Reproductive Equity, we analyzed online forums for reasons that some individuals may seek specific abortion procedures, such as medication versus surgical abortion. It was not uncommon to see young people explaining the need for privacy because they did not want to reveal their pregnancy to family. One forum user explained, “I am only 18 and I still live with my mom. She is going to kill me.” Another forum user clarified that they opted for a surgical abortion as opposed to a medication abortion because “I don’t wanna be home with my family,” while another wrote: “I don’t want to tell my friends/family.” I shudder to think of anyone who is in a situation where they must conceal their abortion care or risk harm. Parental consent laws exacerbate such dire situations.

Teens can seek a judicial bypass and obtain an abortion without parental consent. The process can be cumbersome, though, and does not guarantee approval by the courts. Recently, a Florida court blocked a parentless 16-year-old from getting an abortion, claiming that she was not mature enough to make that decision even though she stated that she “is not ready for the emotional, physical, or financial responsibility of raising a child.” Yet, somehow the court determined that she is mature enough to be forced to continue an unwanted pregnancy and seek adoption or raise a child. This is a truly cruel and irrational court decision.

And parental laws related to abortion can result in death. For example, Becky Bell, an Indiana teen, died some years ago from an illegal abortion procedure because she was too afraid to tell her parents that she was pregnant. In a testimony by a classmate, Becky’s parents were consumed with grief that an Indiana parental consent law contributed to the death of their daughter. They fought tirelessly for lawmakers to undo that law, but to no avail. Instead, Indiana is now slated to ban abortion completely in September — making the situation even worse.

Nobody should be forced to carry a pregnancy against their will — especially minors. Parental consent and involvement laws subject youth to an unjust court system and potentially dangerous repercussions from family members. I am heartened that states like Illinois have revoked parental laws for abortion and encourage lawmakers throughout the country to follow suit. Please join me in that call to action.

In the meantime, I encourage you to donate to the Women’s Medical Fund of Wisconsin, which was established by FFRF’s principal co-founder Anne Nicol Gaylor. One of the oldest abortion funds in the nation, it provides funds to Wisconsin residents now forced, due to the draconian ban, to seek an abortion out of state.

If you or someone you know lives in a state where parental involvement is required, it is important to know your rights. The Repro Legal Helpline can assist you to find out about judicial bypasses and other options. Such resources sometimes go a long way in helping overcome onerous parental consent laws.

BARBARA ALVAREZ is a contributing writer for the Freedom From Religion Foundation. Previously she had held the role as FFRF's inaugural Anne Nicol Gaylor Reproductive Rights Intern, a program set up to memorialize FFRF’s principal founder, who was an early abortion rights activist and author of the book Abortion is a Blessing. Barbara was a major winner in FFRF’s essay competition for graduate students, writing about the bible’s role in the abortion battle.
All Articles by this author
PrevPreviousA California billboard, a S.C. boondoggle, a N.C. embarrassment and bigotry in Florida
NextThe endless absurdities of religionNext