‘Our secular democracy will prevail’

While we all watched in horror as our democracy came under direct attack this week, powered in part by an exceedingly dangerous white Christian Nationalist movement, we at the Freedom From Religion Foundation have continued our work to promote reason and defend our secular Constitution. This week has certainly been a dark one, but we echo the sentiments of Congressional Freethought Caucus co-founder, Maryland Rep. Jamie Raskin: “American democracy will prevail.”

Christian Nationalist insurrection
In light of the armed insurrection of the U.S. Capitol on Wednesday, a direct result of encouragement by President Trump, FFRF immediately joined the calls to impeach and remove him from office.

“There must be consequences for any U.S. president who behaves like a strongman dictator and who continually voices his refusal to honor election results and our nation’s unbroken history of peaceful succession,” we wrote. “Congress needs to take action now.” 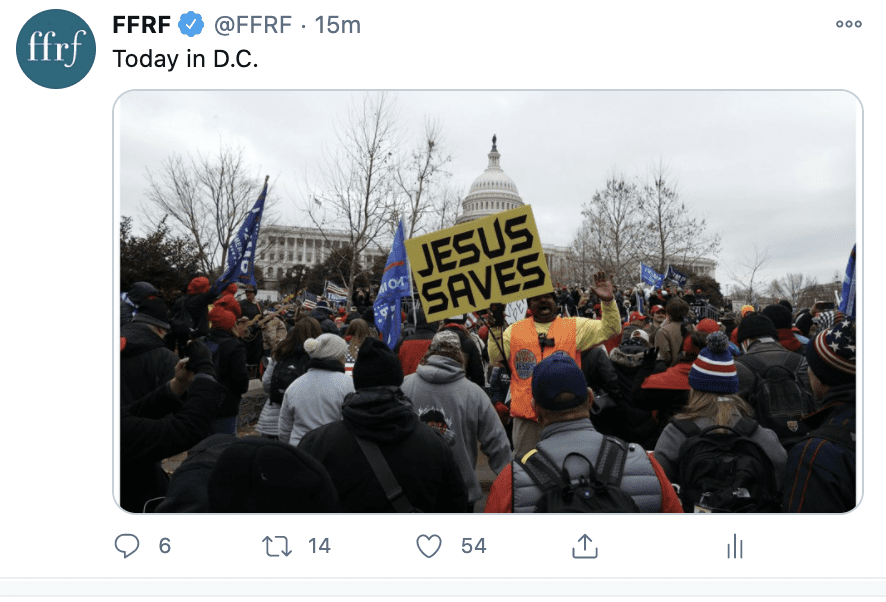 Our editorial drew attention to the connection between this terrorism and the growing threat of Christian Nationalism. Rioters carried signs dotted with bible verses and phrases like “Jesus 2020.” This exposes, we asserted, why religion needs to be kept out of government entirely. We also called out politicians on both sides of the aisle for continuing to mindlessly mix religion and government in the aftermath of the melee. 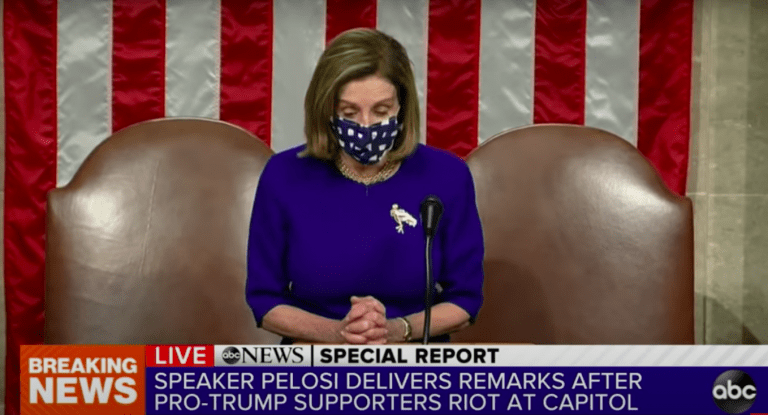 Among the many shocking, sickening images captured during the attempted takeover of the U.S. Capitol Wednesday was a selfie tweeted by former Pennsylvania State Rep. Rick Saccone, a man we once sued to rein in his extremism. We noted why Christian Nationalist politicians like him are so dangerous and why their pandering and proselytizing should never go unchecked. 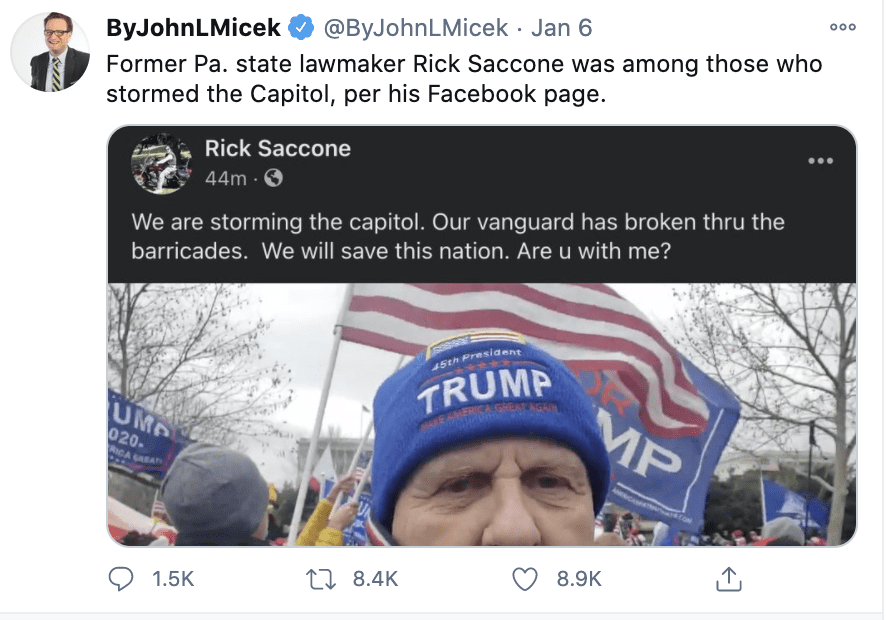 A secular oath
We contacted the Biden inaugural committee, carrying on our tradition of urging president-elects to leave religion out of his inauguration, particularly by taking a secular oath of office. You can join your voice in this request by signing this petition, started by FFRF Metropolitan Chicago Chapter Executive Director Tom Cara. 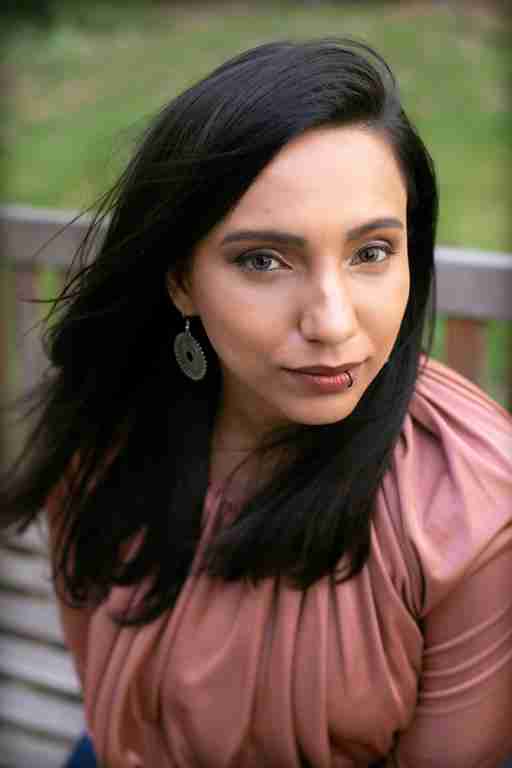 Justice for Zara Kay
We joined international calls for the release of Zara Kay, an outspoken ex-Muslim activist who has been arrested on trumped-up charges in Tanzania.

“As is often the case, the charges against Zara are a pretext,” FFRF Co-President Annie Laurie Gaylor commented. “Her true ‘crime’ is the victimless crime of blasphemy and criticizing religion.”

Zara, who is now out on bail, founded the group Faithless Hijabi (which provides support to women leaving Islam) and is openly critical of that religion and theocratic regimes. We asked you to take action by pressuring the Tanzanian embassy to see to her charges being dropped.

Plenty of secular commentary
Annie Laurie unmasked religion’s role in the pandemic and weighed in on why yet another horrifically unjust death penalty case pending at the Supreme Court begs for an end to the death penalty once and for all.

FFRF Anne Nicol Gaylor Reproductive Rights Intern Barbara Alvarez analyzed the recent legalization of abortion in Argentina in direct defiance of the wishes of the Catholic Church and Pope Francis. The historic passage of this law will make Argentina the largest nation in Latin America to legalize abortion. 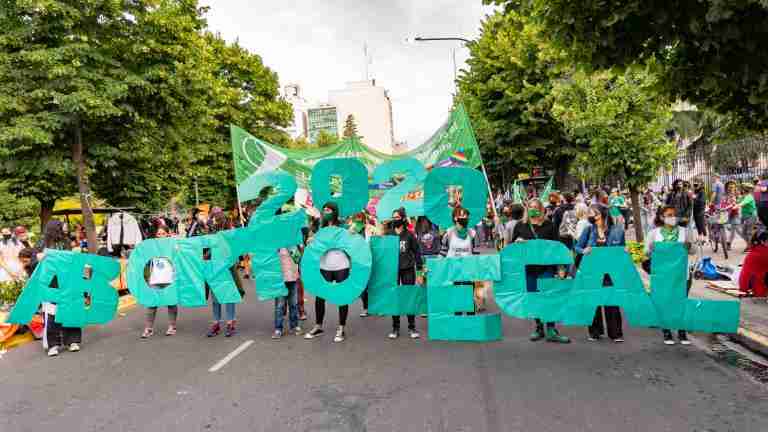 Our weekly guest columnist James Haught covered the role that expanding personal freedom is playing in the rapid decline of religion in Western democracies, as is argued in Ronald Inglehart’s new book, Religion’s Sudden Decline: What’s Causing It, and What Comes Next? 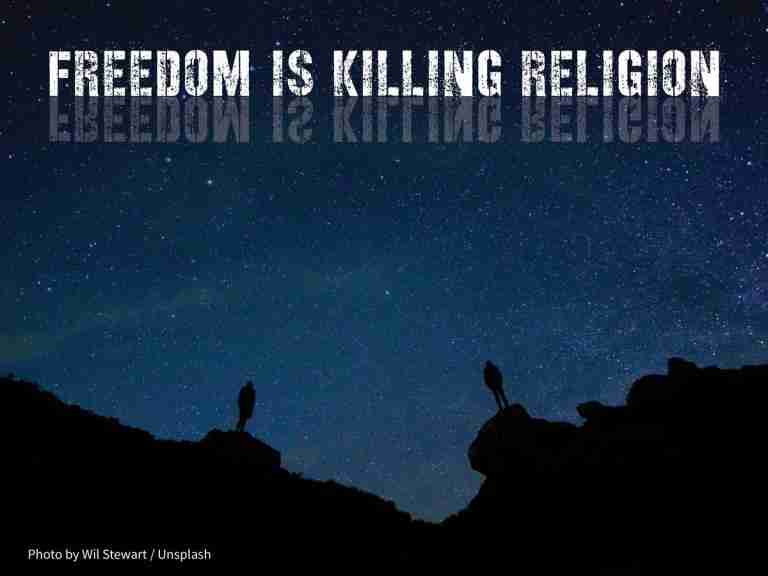 An unconstitutional proposal
We urged a North Carolina district to ditch a proposal to mandate the display of the Ten Commandments in its schools under the supposed cover of state law. FFRF pointed out the impermissibility of such displays and highlighted the significant legal liability the district may incur by violating students’ rights.

A taste of their own medicine
Director of Strategic Response Andrew Seidel weighed in on the new U.S. House chaplain ending a prayer in “amen and awoman,” which had the faithful in an uproar for all the wrong reasons.

Andrew’s column, “Rep. Cleaver’s ‘awoman’ prayer enrages Christian Nationalists who taste their own medicine and still miss the point,” explains that the kerfuffle over the prayer misunderstands the problem — there should be no government prayers in the first place. Read the full piece on Religion Dispatches.

Texas victory
A bright spot in the week was a successful resolution to our complaint in a Texas district, where school officials had promoted an infamous “See You at the Pole” event on the district’s social media page. 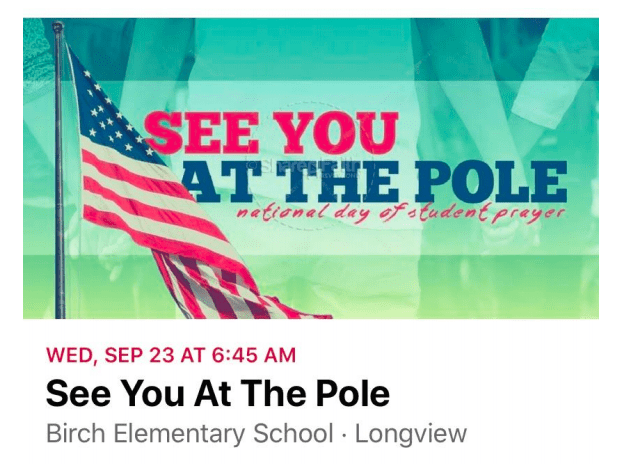 FFRF sent a letter of complaint to the Pine Tree Independent School District in Longview, Texas, making clear that this religious endorsement is impermissible. The district took this constitutional tutorial seriously and has committed to providing training and education on this issue to staff members who control the district’s social media accounts.

On the first half of “It Pays to Complain — Featuring Two State/Church Victors,” “Freethought Matters” co-hosts Dan Barker and Annie Laurie Gaylor interview Ben Hart, about his winning lawsuit with FFRF in his state of Kentucky over “the most famous license plate in the world.” On the second half, Barker and Gaylor talk with Florida activist David Williamson, who runs FFRF’s chapter in Central Florida, and was a key plaintiff in a major case that FFRF won against county censorship of nonreligious invocations. 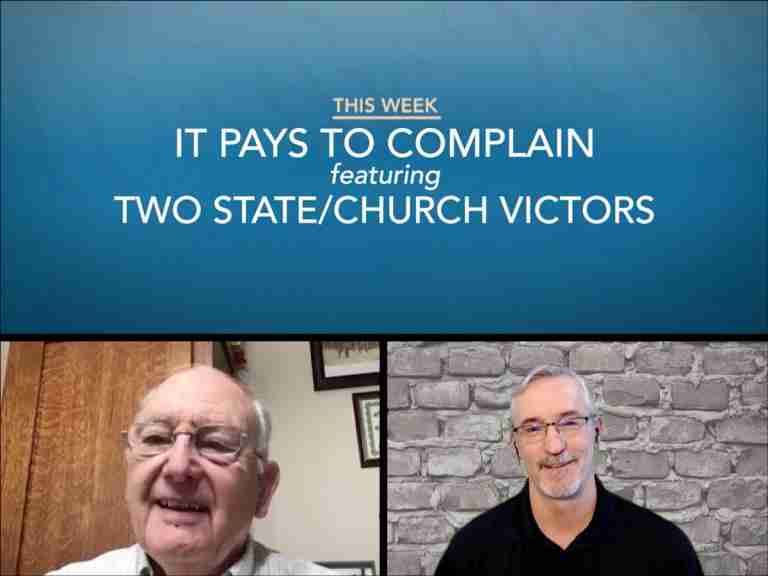 $17,000-plus goes to grad student essay winners
We were proud to award $17,750 in prize money to the 10 winners and nine honorable mentions of the 2020 Brian Bolton Essay Contest for Graduate/“Older” Students. Contestants were asked to write a persuasive essay on “Why God has no place in political debate.” 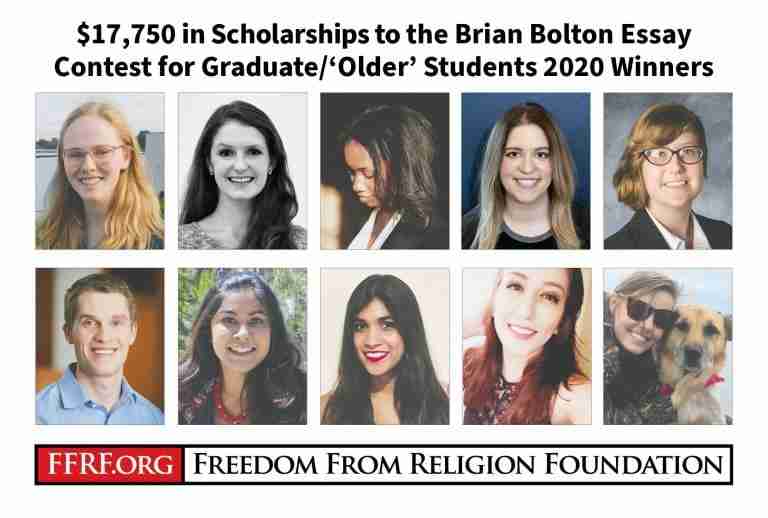 This contest is generously and singlehandedly endowed by Lifetime Member Brian Bolton, a retired psychologist, humanist minister and professor emeritus at the University of Arkansas.

Some much-needed hope
This week’s Freethought Radio episode delivers some much-needed hope for 2021. After analyzing the Christian Nationalist motivations behind the attempted overtaking of the U.S. Capitol, Dan and Annie Laurie speak with FFRF Director of Governmental Affairs Mark Dann, who explains why there is optimism for the freethought, science, equality and state/church agendas with the incoming administration and new Congress. 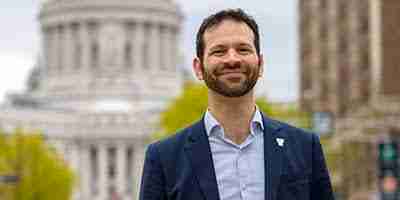 We saw plainly this week just how much work we have to do to ensure that reason and secularism prevail, but we are not deterred. With your continued generosity and support, we march on.