We at the Freedom From Religion Foundation acted over this past week as a fierce watchdog for the secular Constitution — and received media recognition for that.

We filed a major lawsuit against South Carolina officials (including Gov. Henry McMaster) over the unconstitutional funding of a private religious school.

“South Carolina’s appropriation of $1.5 million in this year’s budget to help seed the establishment of a private Christian school in Greenville County faces a legal challenge,” states a story that South Carolina’s capital city newspaper initiated and that has been republished in the Myrtle Beach paper. “Four South Carolina residents represented by the Freedom From Religion Foundation, a Wisconsin-based nonprofit that promotes the separation of church and state, filed suit Tuesday in state court claiming the earmark granted to an Upstate Christian nonprofit violates the South Carolina Constitution’s prohibition on using public funds to directly benefit private educational institutions.” 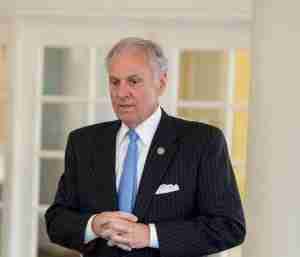 We interviewed FFRF Senior Litigation Counsel Patrick Elliott about the case on our radio show this week; listen in to find out more details. Then, Freethought Radio co-hosts Dan Barker and Annie Laurie Gaylor spoke with the award-winning author, photographer and lecturer Marty Essen about the column against censorship he wrote for Banned Books Week: “Christian Nationalism and Book Banning.”

It’s always great to get media attention, and so it’s been really pleasing to notice generous press coverage for our national secular vote campaign.

“The Freedom From Religion Foundation, a nonprofit watchdog on separation of church and state issues, has launched a campaign aimed at calling attention to the growing political voice of nonreligious Americans,” reports Religion News Service, the most prominent media entity covering faith (and lack thereof) in this country.

“ [Chris] Nelson is part of an organized effort to speak out against faith-based policies in the public sphere,” reports Route 51, a news portal covering state and local issues. “The campaign is led by the Freedom From Religion Foundation, a Wisconsin-based nonpartisan advocacy group that promotes secular values.”

This campaign has been a success only due to the efforts of our members such as Chris Nelson who’ve agreed to be featured in billboard and newspaper ads and to write newspaper columns and letters to further the secular cause.

“As we observe the 235th anniversary of Constitution Day on Sept. 17, public schools across the nation are educating students on America’s founding document,” states an op-ed by FFRF member Jack Shields in New Hampshire’s leading newspaper. “Unfortunately this year, the justices of the U.S. Supreme Court are most in need of a constitutional lesson.”

Jack and FFRF’s campaign were also the subject of a page-one story in the same paper. Asked why he was willing to be in a newspaper ad and on a large billboard proclaiming, “I’m an Atheist and I vote,” Jack told the newspaper: “I guess I want to set an example. We don’t have to be afraid.” 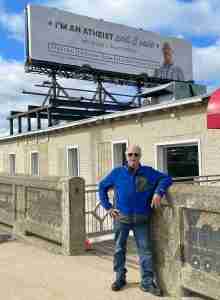 A huge thank you to all of our members who participated in our campaign!

A senator who has been in the news in all the wrong sorts of ways is Josh Hawley. The junior senator from Missouri should be ashamed of the erroneous and ignorant Christian nationalist rant that he recently delivered to a gullible audience, we said. We laid out the multiple ways in which his claim that our nation was founded on the bible was specious, which you can read more about here. 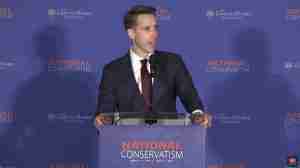 Wisconsin Statehouse is thwarting public will

In FFRF’s home state of Wisconsin, we continue to see the religiously extreme majority in the Wisconsin Legislature thwart human rights. Almost immediately after Gov. Tony Evers announced that he would call a special session to ask the Statehouse to put the pre-Civil Rights state abortion ban law up to a vote of the people, opposition leaders contemptuously promised to immediately adjourn the session. Why does the Legislature fear giving voice to citizens to address this crucial human rights issue? Another entity where the political class fears its citizens is the theocratic Republic of Iran. We condemned the recent official killing of a 22-year-old Iranian for not complying with the religious dress code. This is why we exist: We know it is imperative to protect individual liberties and lives by enforcing a strict separation between religious doctrine and state — be it in the United States or Iran.

Our TV show this Sunday highlights a unique form of activism: the secular invocations freethinkers give at official meetings to counter religiosity. Guest Orlando-based actress and community activist Randa Black won the Freedom From Religion Foundation’s Nothing Fails Like Prayer Award last year for her excellent secular invocations before several Florida governmental bodies. You can already watch the interview on our YouTube channel.  Or find out where you can catch it on Sunday. 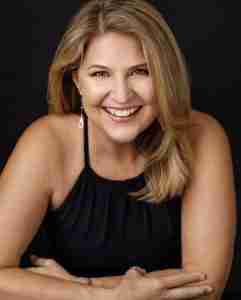 Our “Know Your Rights” campaign for students

FFRF Legal Fellow Sammi Lawrence made her first appearance on our Facebook Live feature “Ask An Atheist” this week, in which she discussed with FFRF Legal Director Rebecca Markert and FFRF Attorney Liz Cavell our “Know Your Rights” campaign for students that we’ll formally unveil next week in the wake of the dreadful Supreme Court Kennedy v. Bremerton decision.

Secular news highlights of the week

We have an array of blogs this week covering a diverse range of topics. First, Annie Laurie fills us all in on key developments we may have missed, ranging from an alarming new poll about growing support for Christian nationalism to developments in Iran after we condemned the murder of the young woman for “improperly” wearing a hijab. Fill in gaps in your secular knowledge here.

Nobody is safe from abortion bans

FFRF Contributing Writer Barbara Alvarez warns that nobody is safe from abortion bans; even those who live in states where abortion is still legal are at risk.

“Simply put, no one is safe from the overreach of Christian nationalism on a secular society,” she writes. “Living in a ‘safe abortion state’ is a myth because there will be more attempts at a national abortion ban, and anti-abortion zealots will be able to concentrate their money, lobbying and pressure on the remaining pro-choice states.”

Disability rights are a secular concern

FFRF Legal Fellow Sammi Lawrence deftly ties in disability rights with secular concerns in her column for us. “Disability rights are a state/church issue,” she begins a piece that convincingly proves this assertion.

Proud to be part of our secular voter campaign

Veteran freethinker and writer Jim Haught dedicates his column this week to our secular voter campaign — which we were honored to have him be a part of.

“I was delighted to be chosen for one of the Freedom From Religion Foundation’s full-page ads proclaiming ‘I’m secular … and I’m vote’ in state capitals across America,” he writes. “Even though I’m in my 90s and fading, it made me feel that I still can fight for the noble cause of freethought.” 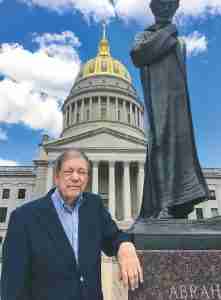 It’s dedication such as this from our members that sustains us. To borrow Haught’s words: “Let’s keep the momentum going.”

AMITABH PAL is the Communications Director of FFRF. Prior to joining in February 2016, he was the Managing Editor of The Progressive magazine for more than a decade. He was also the editor of the Progressive Media Project, an affiliate of The Progressive that sends out op-eds through the Tribune Wire Service to hundreds of newspapers in the United States and other countries. Pal has appeared on C-SPAN and BBC and television and radio stations all over the United States and abroad. His articles have been published in school and college textbooks in the United States and Australia. Pal teaches a course at Edgewood College in Madison, Wisconsin. He has a Master's in Journalism from the University of North Carolina and a Master's in Political Science from North Carolina State University.
All Articles by this author
PrevPreviousA week full of hope, fear- and surreal Christian nationalism
NextWeek of Action: Let’s stand up for sexual and reproductive health careNext