Our efforts to educate a Christian nationalist preacher 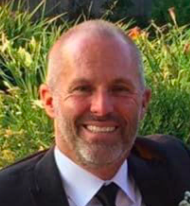 The Freedom From Religion Foundation is attempting to educate a Christian nationalist preacher.

In an interview for a CBS short documentary called “The Right’s Fight to Make America a Christian Nation,” Pastor Ken Peters, founder of the Patriot Church in Tennessee, has claimed “America was founded based on Christianity. … America’s the greatest country that’s ever existed and it’s because of Judeo-Christian values.” And that he is “fighting to keep this a Christian nation.”

FFRF has sent Peters a copy of The Founding Myth: Why Christian Nationalism is Un-American, by Andrew L. Seidel, an attorney and FFRF’s director of strategic response. In the book, Seidel argues and convincingly proves, with more than 1,300 biblical and historical citations, the truth of the subtitle, that Christian nationalism is un-American. The central question the book asks is one Peters needs to hear: “Did Judeo-Christian principles positively influence the founding of America?” Seidel answers:

The CBS documentary included a somewhat fawning account of a notorious FFRF opponent, a coach who worked to use his position at a public school, a position of power over other people’s children, to impose Christian prayers on them. Coach Joe Kennedy has been fighting for the right to abuse his public position in this way for more than five years, with the school district consistently doing the right thing and FFRF working to support the district from the outside.

“That Christian nationalism is a real threat to America was proved on Jan. 6, both in the votes cast by many  members of Congress and with the attack on the beating heart of American democracy,” says FFRF Co-President Annie Laurie Gaylor.

The CBS piece interviewed some persons who support state/church separation, but they’re all religious and none is a constitutional expert. The documentary missed some of the leading voices pushing back against that fight.

Patriot preacher Peters also said that “everyone has freedom to worship how they choose” when “good Christians” are in power. Seidel doesn’t let this pass without correction.

“This, too, is wrong,” he explains. “The only guarantee for true religious liberty is a secular government. There is no freedom of religion without a government that is free from religion.

In October 2019, Seidel sent a copy of his book to Greg Locke, another Tennessee preacher who is an anti-masker and Christian nationalist, who even preached at a rally in Washington, D.C., and prayed for the Proud Boys on Jan. 5. Locke infamously filmed himself burning the book with a blowtorch, making international news. Seidel is confident that this time around, his book can change a regressive mindset.

“I hope Preacher Peters reads the book and actually learns something about American history and the U.S. Constitution,” says Seidel. “Life is too good to waste on bad ideas.”