Our convention, TV ads, book burnings — and lots else

In some ways, this week for us here at the Freedom From Religion Foundation was basking in the afterglow of our recent convention and our megasuccessful Ron Reagan ad during the last Democratic debate. But we also got a lot else done.

We want to point out all the good stuff that happened during our recent annual gathering here in Madison, Wis. A highlight was Rep. Mark Pocan’s speech in which he proclaimed himself a freethinker. “We’ve had 42 conventions, and it was heartwarming and historic to hear a member of Congress declare that he is ‘one of us’ at our 2019 convention,” FFRF Co-President Annie Laurie Gaylor remarked. And Rep. Jamie Raskin’s acceptance of FFRF’s Clarence Darrow Award for exemplifying “Clarence Darrow’s commitment to the law, to freethought and to doing battle with ignorance and injustice” also deserves to be spotlighted. 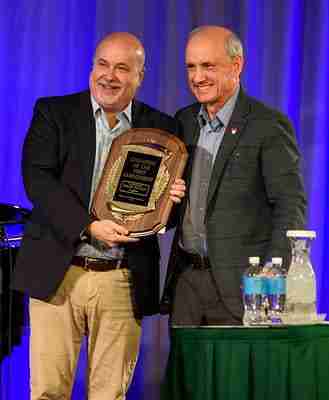 On our radio show this week, you can listen to excerpts of another award-winner’s speech: that of Nancy Northup, the head of Center for Reproductive Rights, to whom FFRF gave its Forward Award. 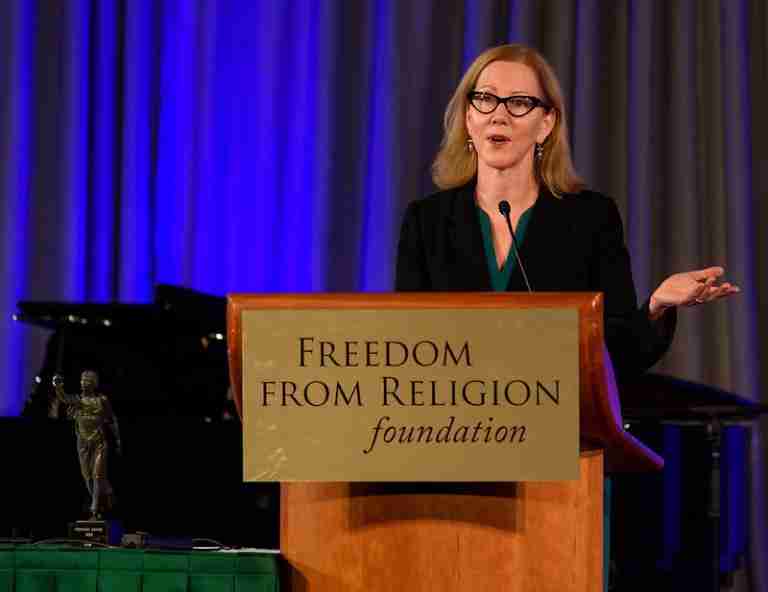 Those of you who were at the convention got a chance not just to meet Pulitzer Prize-winning cartoonist Steve Benson but also to be “caricatured” by him. On our “Freethought Matters” interview TV show this Sunday, watch Annie Laurie and FFRF Co-President Dan Barker talk with Steve about his life and some of his choice creations. Check out where you can catch the show. Or you can watch it anytime on our YouTube channel. 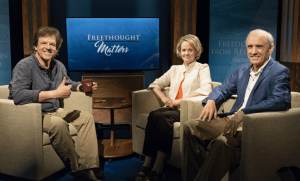 Watch our ad on “60 Minutes”
Our freethinking ad featuring Ron Reagan got a phenomenal amount of attention when it aired during the most recent Democratic debate, and naturally that got some folks riled up. Catholic League blowhard Bill Donohue fulminated against the ad, proving that we did something right. An ad campaign that’s currently going well is Harvard Professor and best-selling author Steven Pinker endorsing us during “60 Minutes.” The ad aired last Sunday, and will run again the next two Sundays on the show. Check it out! 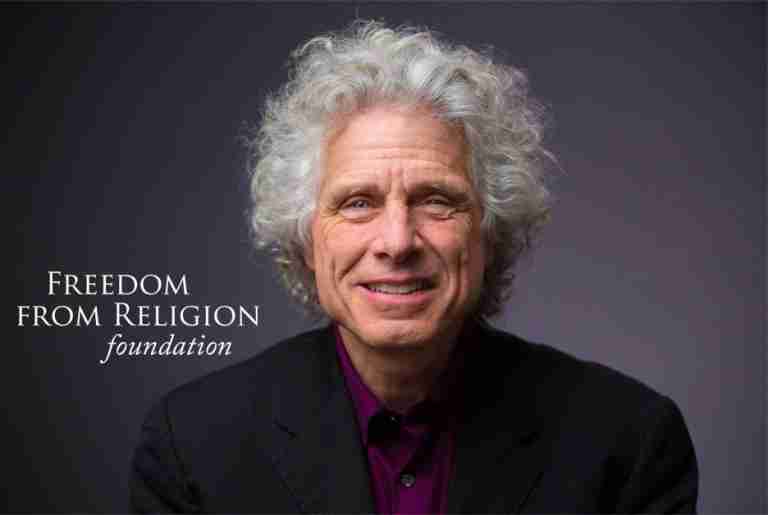 Book burners — and how to combat them
There are many people we upset in the course of our work, but very few quite as intensely as the Tennessee pastor who torched FFRF Director of Strategic Response Andrew Seidel’s new book and circulated his deed on social media. On this week’s “Ask An Atheist” Facebook Live feature, Andrew and FFRF Staff Attorney Liz Cavell discuss the best ways to battle such book burners. 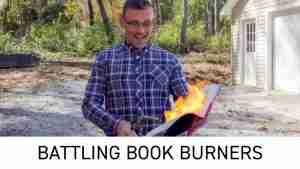 A larger Christian problem
Andrew also took time this week to rebut New York Times columnist Nicholas Kristof’s assumptions about the essential goodness of Christianity. It’s not just a few Christians at fault, Andrew asserted; the problem is much larger.

Thanks for your help!
We love enlisting your help on important issues, and we asked for your assistance this week to thwart a congressional bill that seeks to make permanent the only federal voucher school program.

On our “Newsbite” segment, FFRF Staff Attorney Ryan Jayne explains why vouchers are a bad thing (most of the money goes to religious schools!) and how they undermine public education. We also sought your aid in stopping the confirmation of a pair of ideologically extreme Trump administration nominees, for a circuit court judgeship and for the federal bench. 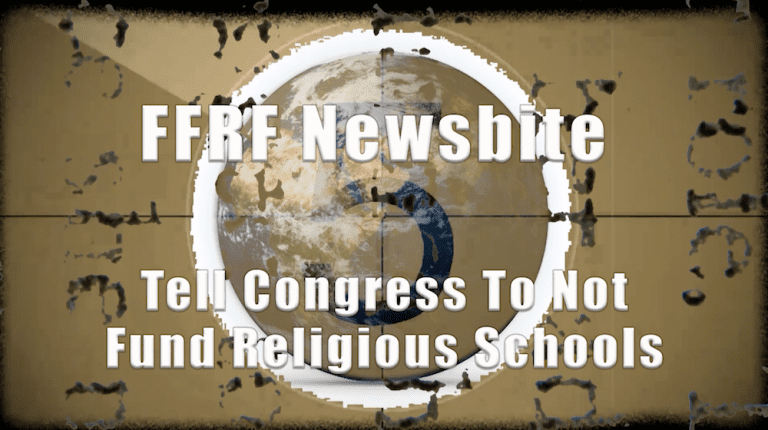 We’re making the news
Our interventions on the behalf of secularism are making news around the country.

“A national association of atheists and agnostics wants a Florida sheriff to halt his plan to put the motto ‘In God We Trust’ on the back of agency vehicles,” the Associated Press reported on our one such recent attempt.

And a billboard campaign of ours — in collaboration with a regional affiliate — got noticed down Deep South. 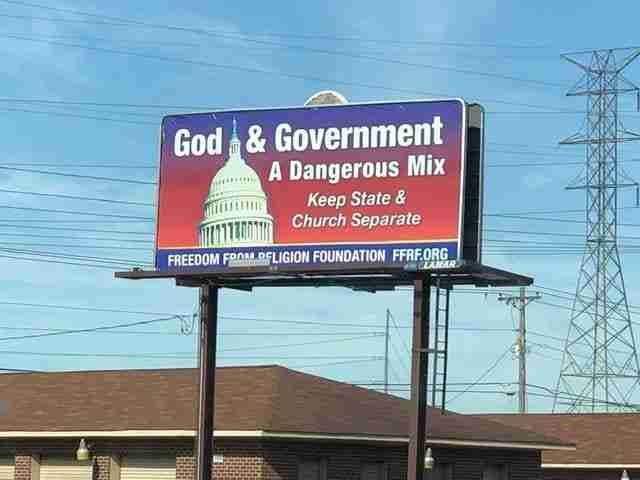 “A local organization is hoping to catch your attention while you’re driving,” reported an area TV station. “The East Tennessee chapter of Freedom From Religion Foundation, or FFRF, put up a billboard message referencing the separation of church and state.”

Conventions, ads, book burnings, billboards — the only way we do can all of this is due to your support and encouragement.