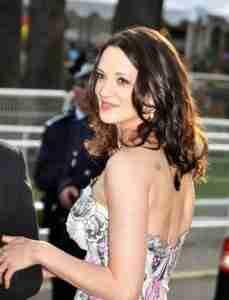 Who among us has not cuddled up with our laptop on a Sunday evening to blog about the witchcraft and demonry that covertly seek to corrupt our world?

For Rod Dreher, senior editor at The American Conservative, this sort of thing is a daily (and nightly) concern. At 10 p.m. last night, Dreher, who has a history of being racist, sexist, and irrationally afraid, took to the online pages of The American Conservative to accuse actor Asia Argento, girlfriend of the late Anthony Bourdain, of killing Bourdain with witchcraft.

“Somebody in my Twitter feed last night observed that ‘the Internet’ was making a pretty good case for Anthony Bourdain’s suicide being tied to the occult. Say wha’? Lo, it turns out that his girlfriend Asia Argento is a witch, and not just a casual one either. There’s lots of extreme darkness there, right in the open. She flaunts it. Bourdain, the poor fool, was doomed the day he met her.”

Only a middle-aged man who spends his Sunday nights blogging about celebrity suicide and witchcraft can pull off that mix of violent, 17th century-style misogyny and playful colloquialisms. In the rambling, nearly incoherent post, Dreher goes on to connect Argento’s “extreme darkness” and supposed witchcraft with a statue of Baphomet erected in Detroit and Justice Anthony Kennedy’s majority opinion in the 1992 Casey ruling, which confirmed the constitutional right to abortion.

Of the statue, Dreher writes that it symbolizes the “destruction of male and female” — a conspiracy he relates to a Satanic, “rapid and forceful mainstreaming of transgenderism” that is “causing the physical and psychological destruction of so many children and teenagers.” Of the Casey ruling, Dreher claims that Kennedy’s famous opinion line — “At the heart of liberty is the right to define one’s own concept of existence, of meaning, of the universe, and of the mystery of human life” — is somehow indicative of the Satanism inherent to our “post-Christian culture”.

For Dreher, these three seemingly disparate incidents are “not coincidental”: Bourdain’s death, the statue, and the 1992 abortion decision are all indicative of Argento’s “darkness,” part-and-parcel of the “general, thickening, and gathering power” of Satanism in America.

While Rod Dreher has, for some time, expressed views that are variously unhinged, perhaps Dreher himself is discovering that this kind of hysterical misogyny and transphobia is intolerable. Dreher felt compelled to add two “updates” to his late-night musings on gender, abortion, and the occult. The first such update is dismissive, (“Um, no, I don’t think Asia Argento killed Anthony Bourdain. Come on.”) but is ultimately consistent with the rest of the post, reiterating that the “darkness around [Argento]” contributed to the death of the “already unstable and depressive” Bourdain.

In the second update, Dreher recounts an extremely suspect conversation he had earlier that day with his formerly Luciferian friend. If Dreher is to be believed, these two jovial pals spent their Sunday afternoon discussing Bourdain’s suicide and “Asia Argento’s occultism.” This stirring conversation led Dreher to resolve that “the real demons” that Argento summoned through her witchcraft are responsible for exacerbating the struggles Bourdain was having with “his demons, metaphorically speaking.” Depression, here, is a metaphorical demon, as opposed to the “real demons” Argento is capable of summoning. Just two normal guys having a regular conversation; nothing to see here.

The post was quickly taken down, but not before it was archived here. As usual, Dreher provides an unflattering but honest portrait of the reactionary, fundamentalist psyche: conspiratorial, paranoid, misogynistic, and just flat-out bizarre. It is a dangerous one, too, if Dreher continues to be taken seriously. We can only hope that, in the future, the memory of freethinkers like Anthony Bourdain and the character of their loved ones remains unperturbed by Dreher’s hateful vitriol.

Note: Dreher has since posted an apology for implying in his original post that Argento is responsible for Bourdain’s suicide.