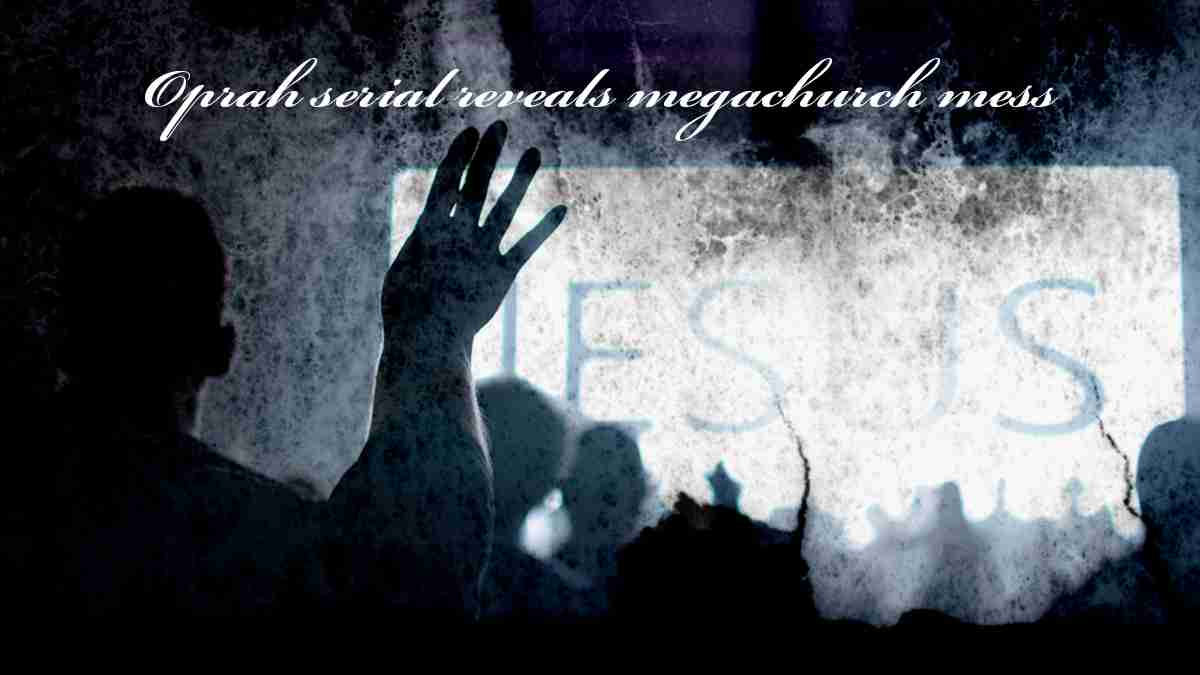 Oprah Winfrey helped create a television series, “Greenleaf,” about a black megachurch where worshipers whoop, sway, dance, wave arms, squeal, shout and shell out truckloads of money. Some commentators say the serial (currently available on Netflix) “shows the best and worst of Christianity,” but I can’t find much best, only worst.

The founder-preacher endlessly connives for money, and burns a previous church for insurance (accidentally killing a custodian). He trades his private jet for a sleeker one. He sleeps with his sister-in-law (Oprah), which angers his wife, who sleeps with a different man.

A middle-aged church manager rapes 15-year-old girls at the church’s camp. The star singer’s husband is secretly gay and undergoes grotesque religious “conversion therapy” (through which God supposedly will make him “straight”) but it doesn’t work. A married subpreacher grabs one of the cast’s few whites, a female secretary, for sex in anterooms. A rival preacher gambles away church money.

All the while, episodes reverberate with “God is good!” and “Hallelujah!” and “Praise God!” and “Amen! Amen!” at almost every breath. It’s a carnival of sanctimony and sin.

I suspect that Oprah and the other producers deliberately hatched this series to make megachurches look like zoos of absurdity — places more laughable than laudable.

My wife and I watched it. Since one-fourth of all the world’s Christians now “speak in tongues,” we wondered if any “Greenleaf” worshipers would burst into glossolalia. They instead engaged in the rest of holy hoopla. Teenage gospel singers leapt like kangaroos. Worship services were show-biz extravaganzas.

Actually, the series has plenty of intriguing romance, human struggles, teen puppy love and other staples of fiction. But there’s an underlying current: Megachurches — supposedly symbolizing successful Christianity — are frauds.

Lots of real-life evidence supports this claim. Here are some notorious examples:

Evangelist Bill Hybels was forced to leave his 24,000-member Willow Creek Community Church in Illinois after several women accused him of sex abuses. Evangelist Ted Haggard ranted against all sorts of sex at his 14,000-member New Life Church in Colorado — and became president of the National Association of Evangelicals, visiting President George W. Bush in the White House. Then he was caught in gay sex and driven out.

Evangelist Bill Gothard of the Gothard Institute of Basic Life Principles drew up to 10,000 at his week-long seminars – but he was dethroned when 34 women accused him of crude sexual behavior. Evangelist Tony Alamo toured in giant revivals — until he was sentenced to 175 years in prison for child rape and other sex crimes.

Evangelist Jim Bakker ruled the enormous PTL Club in the Carolinas — until he was accused of rape and sentenced to 45 years in prison for accounting fraud. Evangelist Dave Reynolds of the large Cornerstone Bible Fellowship in Arkansas was wiped out by 70 counts of child pornography. Evangelist Jon Petersen of World Ambassadors pleaded guilty to embezzling nearly all of his church’s money “to pay for a sex addiction.” Evangelist Mario Leyva toured in Southern revivals — then was sent to prison for sodomizing multitudes of underage boys.

On and on it goes. Literally hundreds of megachurch scandals fill the news. The Southern Baptist Convention a couple of years ago identified 400 ministers and church leaders convicted of sex crimes in the past decade. A “Black-Collar Crimes” registry maintained by the Freedom From Religion Foundation contains thousands of entries.

Not all these scandals involve megachurches. However, the big-spectacle houses of worship — supposedly representing a triumph of religion — especially constitute a cesspool.

This column has been adapted and updated from a piece originally published at Daylight Atheism on Feb. 10, 2020.

James A. Haught, syndicated by PeaceVoice, was the longtime editor at the Charleston Gazette and has been the editor emeritus since 2015. He has won two dozen national newswriting awards and is author of 12 books and 150 magazine essays. He also is a senior editor of Free Inquiry magazine and was writer-in-residence for the United Coalition of Reason.
All Articles by this author
PrevPreviousAbortion is an atheist issue
NextTwo court victories in West Virginia highlight big week at FFRFNext