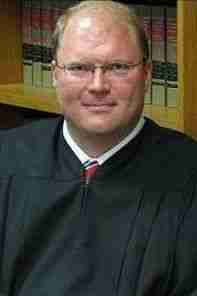 Do you know that the man spearheading Wisconsin’s partisan probe of the 2020 election is the very individual whose actions prompted the Freedom From Religion Foundation’s historic challenge of the National Day of Prayer?

Yes, indeed. He’s Michael Gableman, a former Wisconsin Supreme Court justice who has been extolled by his admirers as “deeply committed to our Lord, his religion and his profession.” More about how he sparked our lawsuit against the National Day of Prayer in a moment.

I nearly fell out of my chair last summer when I read that Gableman was being handed $676,000 in taxpayer funds to “probe” the outcome of the “stolen” 2020 presidential election in Wisconsin. To give a bit of background, the Wisconsin Legislature, which is under Republican control, authorized a one-party probe of the election results. From the beginning, this investigation has been creating headlines because it has been riddled with bizarre developments, most recently Gableman’s audacious attempt to jail the mayors of Madison and Green Bay for not meeting with him and resisting his overreaching subpoenas! What makes this particularly outlandish is that mayors in Wisconsin do not even oversee elections! As Gableman’s actions have spurred a head-spinning number of court actions, at the same time he has mostly evaded or failed to turn over documents in open records requests.

Before Gableman was appointed, he’d made clear he’d already made up his mind about what he was investigating, having previously declared that “unelected bureaucrats” had allowed the Wisconsin Elections Commission “to steal our vote.” It’s important to note for the record that “Joe Biden beat Donald Trump by about 21,000 votes in Wisconsin,” as the Milwaukee Journal Sentinel reports. “Recounts and court rulings have upheld his victory and independent reviews have uncovered no signs of significant voter fraud.”

Conducting public business in an appropriate manner doesn’t seem to matter to Gableman, though. I first encountered Gableman in 2008 after receiving a complaint that the Burnett County sheriff had invited him to speak at the sheriff’s annual prayer breakfast and that the sheriff was using tax money to pay for events. It was particularly unseemly, since Gableman was then a justice-elect on the state Supreme Court. Burnett County Sheriff Dean W. Roland used official letterhead to invite people to the event, referring to the justice-elect as “a man who is deeply committed to our Lord, his religion and his profession.”

I wrote a letter of objection to Roland “on behalf of Burnett County taxpayers who very much object, as we do, to the misuse of your office, stationery and authority as Burnett County Sheriff, in hosting the eighth annual prayer breakfast.” I added that the fact this event has apparently been sponsored by a government department for eight years “only increases our dismay.”

I noted that Congress should never have inaugurated a “National Day of Prayer” (held yearly on the first Thursday in May), which has encouraged “public officials with theocratic tendencies to misuse their public office to promote or endorse religion, and in particular to advance Christianity over other religious beliefs or no beliefs.” And I demanded that Gableman should cancel his appearance at the event, which signaled a contempt for the constitutional principle of secular government. Did that happen? No.

I was so frustrated by this abuse, and by many National Day of Prayer violations engendered by this congressional law, that I asked Rich Bolton, FFRF’s outside legal counsel, about the possibility of suing the sheriff. Rich took a look at the law and said, “Why stop there?”

And that is how the historic National Day of Prayer case started.

We initially won (with accompanying international coverage) an eloquent masterpiece of a legal decision in our favor in 2010 by U.S. District Judge Barbara Crabb. We never fought harder for standing, entering into the court record voluminous documentation of our members’ and our own complaints over the many years relating to the congressional law requiring the president to set aside and proclaim the first Thursday in May as a time when “people of the United States may turn to God in prayer and meditation at churches, in groups, and as individuals.” After we won, President Obama, sadly, appealed our victory to the 7th U.S. Circuit Court of Appeals, where the panel knocked it out on … standing, what else? After losing a case on standing before the high court in 2007, we were loath to lose yet again and relinquished the case, hoping to revive it when the court turned around. Such optimism.

It doesn’t surprise me that a man “deeply committed to the Lord” and his religion, who had in the past shown such little respect for his duty to uphold our secular Constitution, would now be creating this kind of mischief with tax dollars. It appears that most public officials who have jumped on the “stop the steal” bandwagon boast of Christian nationalist credentials. People who trust “alternative facts,” who make up or give credence to conspiracies such as those promulgated by QAnon, do not, to state the obvious, ground facts in reality.

Fealty to a fundamental Christian mindset over constitutional dictates and the rule of law has brought our nation to a scary place. Gableman’s crusade ultimately will not succeed in Wisconsin, even as it bleeds tax dollars and harasses public officials. But it’s obvious that the largely religious deniers of reality and purveyors of “alternative facts,” such as Inquisitor Gableman, remain a clear and present danger to our secular republic.

Annie Laurie Gaylor is co-president of the Freedom From Religion Foundation. She co-founded FFRF in 1976 as a college student with her mother Anne Nicol Gaylor. She served as the editor of FFRF’s newspaper, Freethought Today, from 1985-2009. She became FFRF co-president with Dan Barker in 2004. Annie Laurie has authored three books for FFRF: Woe to Women: The Bible Tells Me So; Woe to Women: The Bible Tells Me So; and Women Without Superstition: “No Gods – No Masters”, the first anthology of women freethinkers.
All Articles by this author
PrevPreviousThomas Paine, a Christian flag, Roe v. Wade, and public school indoctrination
NextWe need to codify abortion rightsNext