There is no ‘divine plan’ 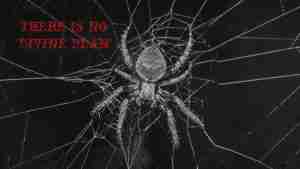 Imagine the millions of small fish in the seas that are devoured every day by larger fish. Oceans are vast killing zones. Churches proclaim that God created all living things as part of a divine plan. Why did he design a slaughterhouse?

Mark Twain wrote, in Letters from the Earth:

What sort of divine plan is that?

Charles Templeton, a Canadian evangelist who lost his faith, wrote in Farewell to God:

“Every carnivorous creature must kill and devour another creature. It has no option. Why does God’s grand design require creatures with teeth designed to crush spines or rend flesh, claws fashioned to seize and tear, venom to paralyze, mouths to suck blood, coils to constrict and smother — even expandable jaws so that prey may be swallowed whole and alive? Nature is, in Tennyson’s vivid phrase, ‘red in tooth and claw,’ and life is a carnival of blood. How could a loving and omnipotent god create such horrors?”

Charles Darwin was horrified by an insect that displays extreme treachery. Professor Warren Allmon, director of the Paleontological Research Institution, has written in an essay about Darwin:

“Ichneumons are an extraordinarily diverse group of parasitic wasps (there are at least 25,000 described species, which may be only a quarter of their true diversity). Female ichneumons lay their eggs on or in a living host, usually an insect or spider. When the larvae hatch, they begin to feed on the host, frequently eating it in such a way as to allow it to remain alive for as long as possible, permitting the larvae to complete their development. The host is literally eaten alive. How could such a horrific phenomenon be the product of a benevolent god?”

Darwin himself wrote in an 1860 letter to American botanist Asa Gray:

“I cannot see as plainly as others do … evidence of design and beneficence on all sides of us. There seems to me too much misery in the world. I cannot persuade myself that a beneficent and omnipotent god would have designedly created the Ichneumonidae with the express intention of their feeding within the living bodies of caterpillars, or that a cat should play with mice.”

Nature simply exists, grabbing every opportunity to eat and survive. Even though we eat agricultural animals, humans are much kinder than the dog-eat-dog reality surrounding us.

James A. Haught, syndicated by PeaceVoice, was the longtime editor at the Charleston Gazette and has been the editor emeritus since 2015. He has won two dozen national newswriting awards and is author of 12 books and 150 magazine essays. He also is a senior editor of Free Inquiry magazine and was writer-in-residence for the United Coalition of Reason.
All Articles by this author
PrevPreviousExtreme religious groups are behind fight over transgender rights
NextMy ‘unbelieving’ Broadway gigNext