Skip to content
PrevPreviousWinter Solstice celebrations and responses
NextTaking on Trump, governors and members of CongressNext

Despite the shortened week for the New Year’s celebrations, here at FFRF our collective noses were still at the proverbial grindstone. 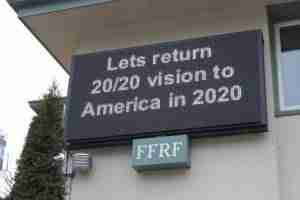 Major legislative victory
FFRF is lauding a victory toward one of its central legislative goals: increasing access to secular recovery programs.

Thanks to advocacy by FFRF on this issue on Capitol Hill, the president has signed into law an appropriations bill that includes a request that federal tax dollars can be awarded to evidence-based recovery programs that support medication-assisted treatment.

Currently, most mutual support recovery programs, such as Alcoholics Anonymous or Narcotics Anonymous, are religious or “spiritual” in nature.

Megachurch, mega violation
FFRF Legal Director Rebecca Markert was interviewed on CBS Miami regarding President Trump’s Friday rally at a megachurch. It’s news because, according to 501(c)(3) IRS regulations, a church is tax exempt provided they do “not participate in any campaign activity for or against political candidates.” Rebecca talks about the church’s possible violations of that IRS code. Watch the interview here. 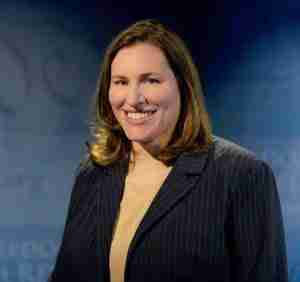 Many other news outlets picked up on that story, as well, including The New York Times (via Reuters), Newsweek, the right-wing site Breitbart.com and Nonprofit Quarterly, among many others.

Seeking public records
FFRF is investigating participation by numerous government officials in a recent week-long religious event at the Museum of the Bible hosted by Capitol Ministries.

Capitol Ministries is a Christian Nationalist organization that is well-known for promoting its radical agenda to the Trump administration during weekly White House bible studies. Several cabinet-level government officials, including Secretary of Housing and Urban Development Ben Carson, former Secretary of Labor Alex Acosta, former Secretary of Energy Rick Perry and Secretary of Agriculture Sonny Purdue attended and participated in a panel. FFRF has requested public records from each department to investigate the extent of governmental mingling in this program. 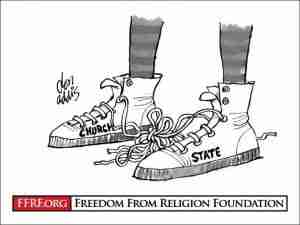 Hate has no home here
In a press release, FFRF denounced the anti-Semitic violence that occurred against Hanukkah celebrants at a rabbi’s home in Monsey, N.Y.,

The horrific machete attack marks the eighth incident of anti-Semitic violence since Dec. 13 in the New York City metro area alone. Deadly and violent attacks motivated by anti-Semitism are becoming disturbingly more common as our nation witnesses the rise of white nationalism — with the inevitable concomitant rise of Christian Nationalism.

FFRF condemns violence, especially against anyone seeking to follow the dictates of their conscience, a freedom afforded to this country by our secular Constitution. 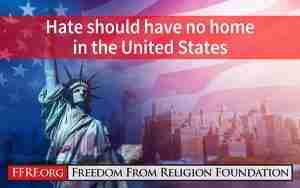 FFRF calls on legislator to resign
After learning the results of an internal investigation by the Washington statehouse, FFRF is calling for the resignation of state Rep. Matt Shea for his history of supporting treasonous, Christian-based domestic terrorist actions, including the armed takeover of a federal building in Oregon in 2016.

The report noted that Shea “participated in an act of domestic terrorism against the United States,” advocated the “replacement of U.S. democracy with a theocracy and the killing of all males who do not agree,” and “in 2016 engaged in and supported the training of youth and young adults to fight a Holy war.”

“Shea should resign immediately,” FFRF Co-President Dan Barker said. “His conduct should be a wake-up call to anyone doubting the seriousness of the threat of Christian Nationalism.” FFRF also denounced Shea in 2018 for promoting a violent screed titled “Biblical Basis for War.” 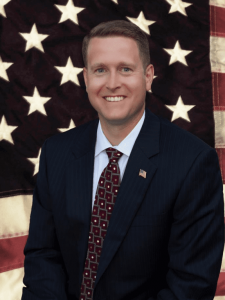 Special guest from Ghana
On a much more positive note, Rosalyn Mould, humanist activist and past president of the Humanist Association of Ghana, visited Freethought Hall on Friday and recorded an episode of “Freethought Matters.” 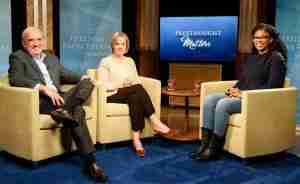 ‘The Family’
Jeff Sharlet, author of The Family: The Secret Fundamentalism at the Heart of American Power, is this week’s guest on FFRF’s TV show “Freethought Matters.”

Sharlet’s classic work exposes the operations of the Family, a highly secretive fellowship of influential Christian politicians in Washington, D.C. It has recently been transformed into a much-acclaimed Netflix mini-series, which Sharlet has executive produced and which he discusses extensively on this week’s episode. 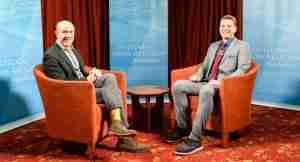 ‘Godless Citizens’
On FFRF’s radio show this week, FFRF eulogizes author, scholar and historian Isaac Kramnick, who co-wrote, with R. Laurence Moore, Godless Citizens in a Godly Republic: Atheists in American Public Life. Sadly, Kramnick died Dec. 21 at the age of 81. Freethought Radio plays his speech from the October 2019 national FFRF convention, where Kramnick talks about how “God” intruded into the Pledge of Allegiance. 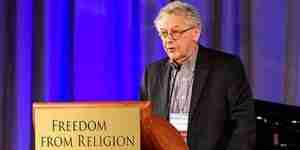 All Articles by this author
PrevPreviousWinter Solstice celebrations and responses
NextTaking on Trump, governors and members of CongressNext