We at the Freedom From Religion Foundation have been immersed in steering folks onto the correct constitutional path.

Our constitutional lessons to school boards
We successfully tutored three separate school boards around the country to halt their unconstitutional practice of prayers at their meetings. “We salute any school district for taking steps to stay secular and inclusive, but when this happens on several occasions within a short period of time, it is reason for a special celebration,” says FFRF Co-President Annie Laurie Gaylor. 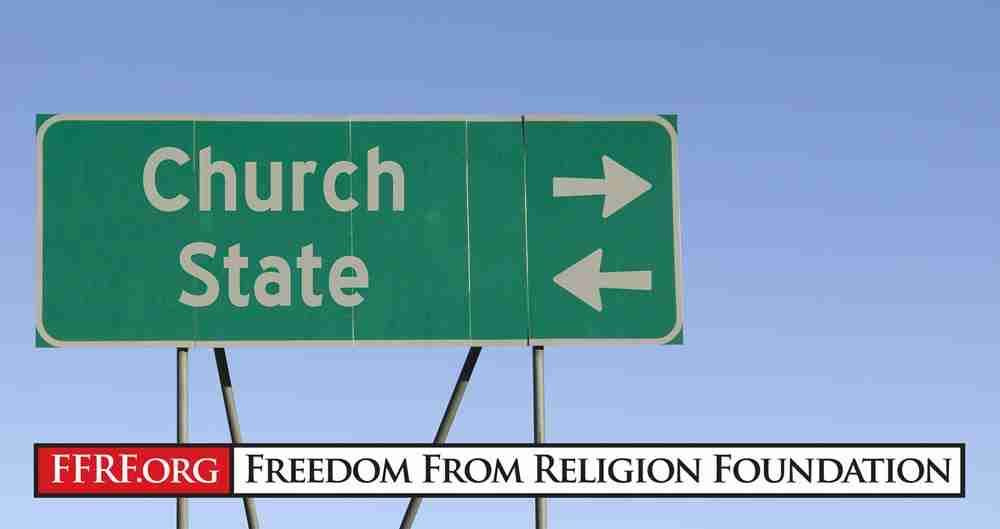 Let’s end the National Prayer Breakfast
We’re building momentum for ending the unconstitutional National Prayer Breakfast even as more and more members of Congress abandon it. Thanks to extensive reporting from Jonathan Larsen of TYT Investigates, we are seeing fresh information about how destructive the National Prayer Breakfast and its supporting organization, the Fellowship Foundation, are. “We hope the amplification of this issue by Cenk Uygur (FFRF’s 2010 Emperor Has No Clothes Award winner) and the team at The Young Turks and TYT Network will enlighten the public,” Annie Laurie remarks. Please ask your member of Congress to stop supporting the breakfast, scheduled to take place next week, Thursday, Feb. 3. 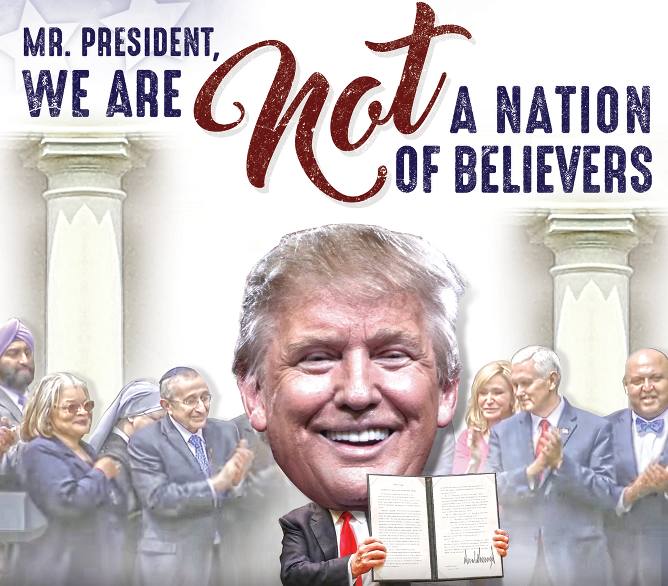 A state/church separation defender as Breyer’s replacement, please
We urged President Biden to nominate a resolute state/church separation defender as Justice Stephen Breyer’s replacement. The president has previously committed to choosing a Black woman to sit on the Supreme Court, a promise FFRF also requests him to keep. FFRF’s attorneys will be vetting the nominee after her name is announced. Our press release also saluted Breyer for his dissenting vote in FFRF’s 2007 Supreme Court case challenging President Bush’s cabinet level and White House faith-based offices. 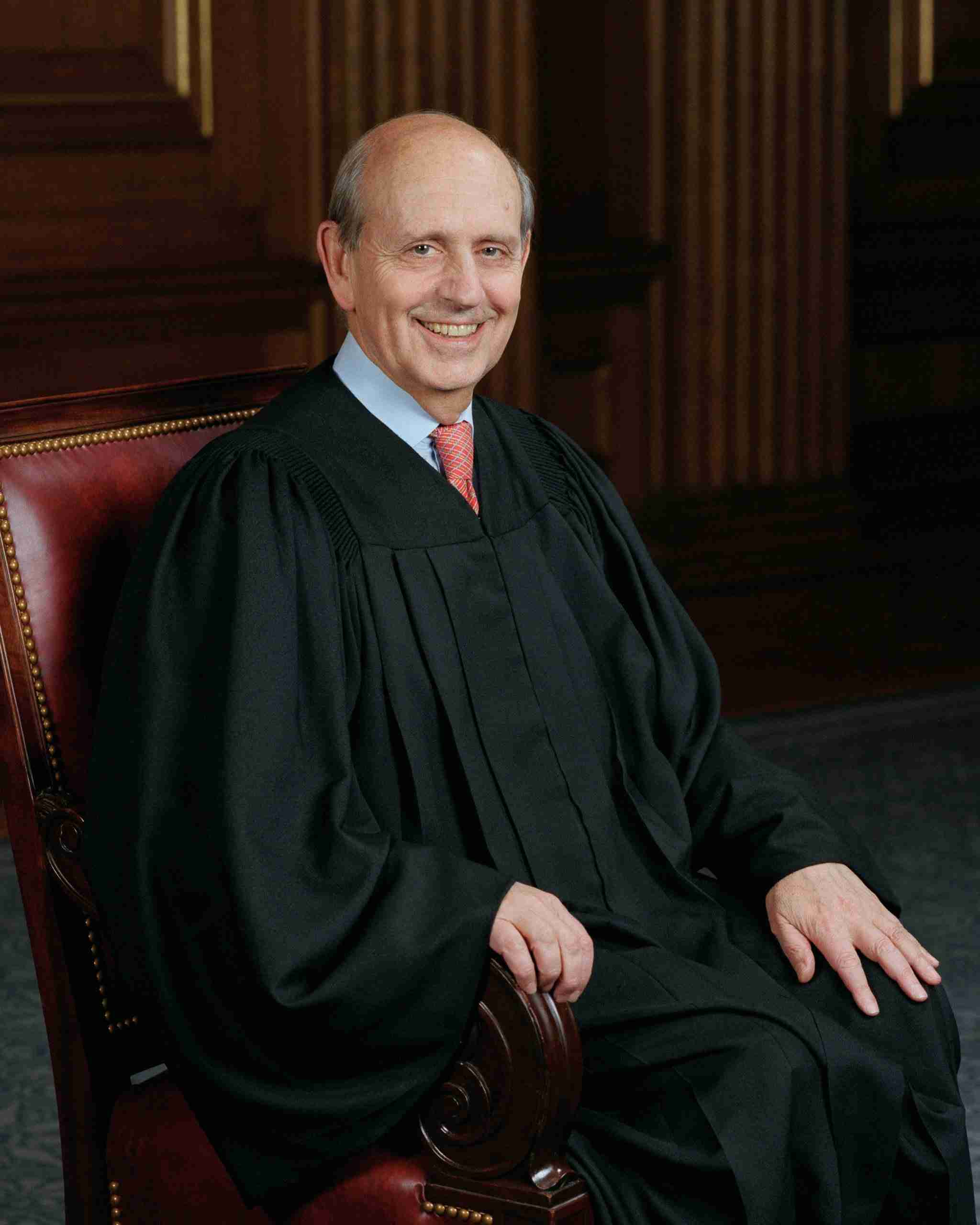 We need to pass the Women’s Health Protection Act
With the future of abortion rights grim, we joined hundreds of other groups in asking the Senate to pass the Women’s Health Protection Act. If this becomes federal law, it would largely take this matter out of Supreme Court jurisdiction, pre-empt state bans, make it a right for health care workers to provide abortion care, and guard against unnecessary state abortion restrictions that single out abortion and impede access to care. It is needed more than ever, as a recently introduced anti-abortion bill in the Georgian Legislature yet again illustrates, and as we await the high court’s expected overthrow of Roe v. Wade. 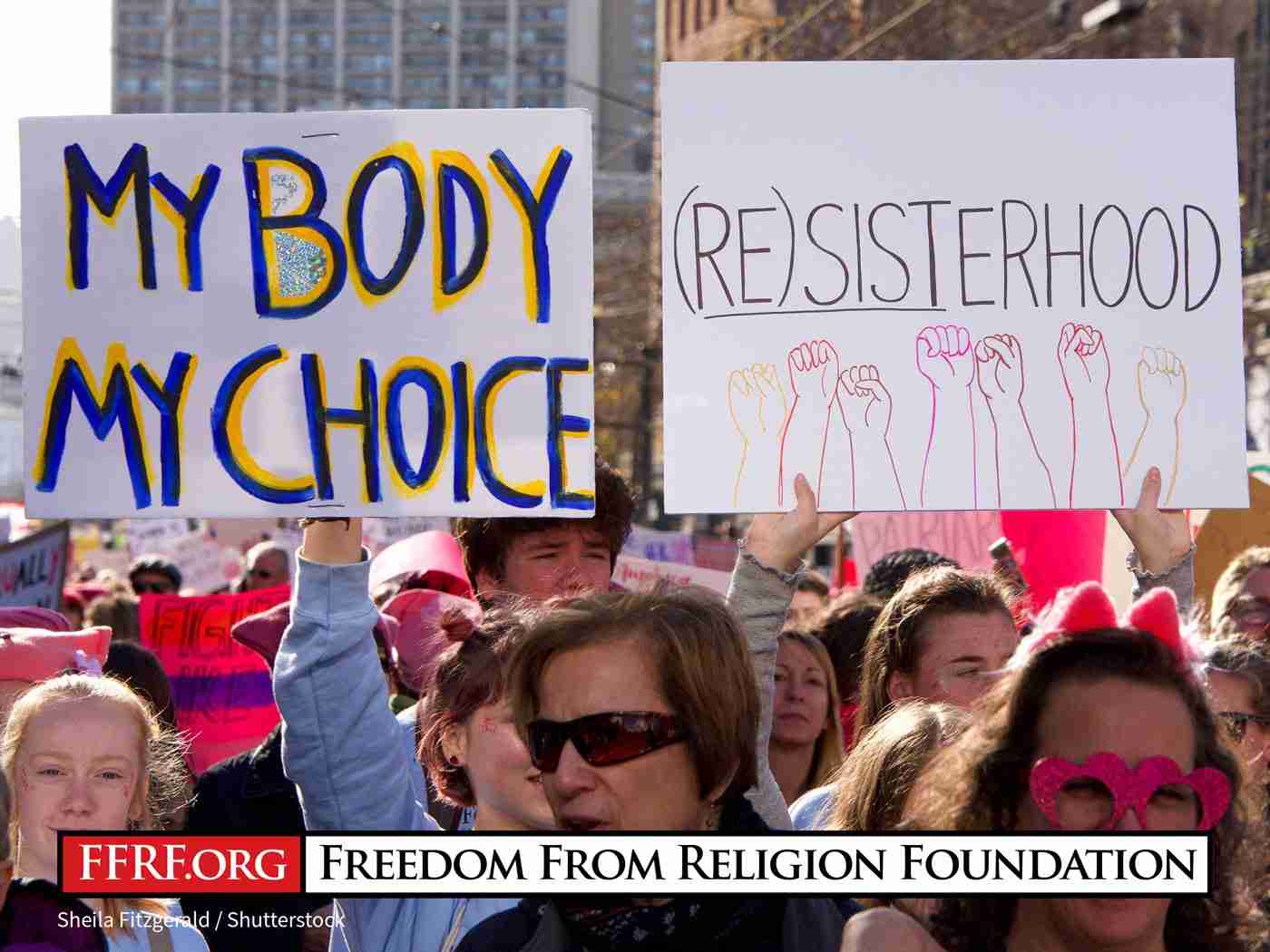 FFRF Contributing Writer Barbara Alvarez outlines the consequences of abortion being illegal, using as an example the agonizing and unnecessary death this week in Poland of a pregnant woman denied a medically necessary abortion.

“Women suffer and die when abortion is inaccessible,” she writes. “That’s a fact.”

Officials who need to adhere to the Constitution
A bunch of constitutionally errant officials have been taking up our time. Focus on religious divisiveness, we told the Virginia governor’s newly established tipline for reporting “divisive practices in the schools.” “There is perhaps nothing more divisive in our public schools than religion,” FFRF Staff Attorney Chris Line wrote to Gov. Glenn Youngkin. And we were (almost) rendered speechless by a Georgian mayor’s offering of communion at his recent swearing-in ceremony. “Fairburn Mayor Mario Avery’s actions have blown a hole in the constitutional wall of separation,” Annie Laurie remarked. 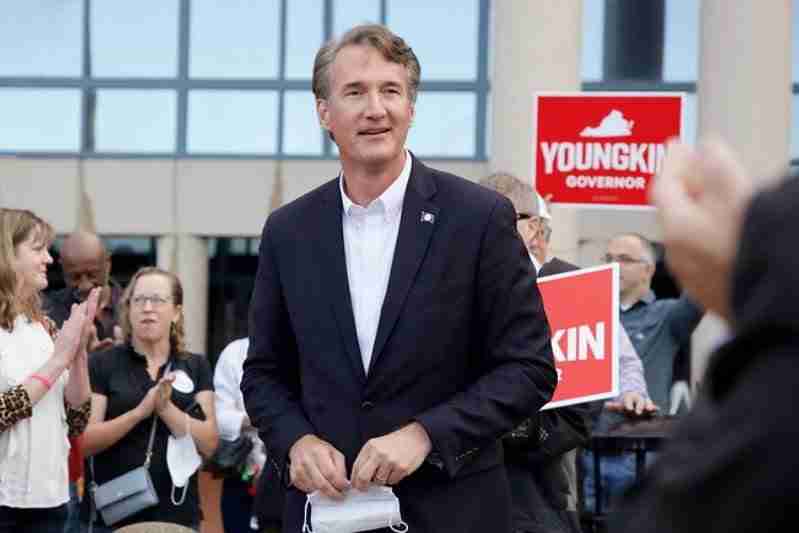 Annie Laurie writes about another highly problematic character: an old nemesis of FFRF who is now in charge of probing “fraud” in the last presidential election in Wisconsin. “The largely religious deniers of reality and purveyors of ‘alternative facts,’ such as Inquisitor Michael Gableman, remain a clear and present danger to our secular republic,” she concludes her blog. 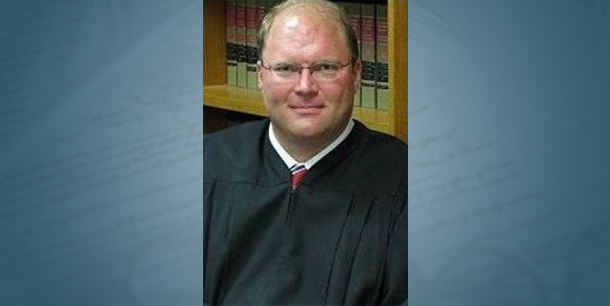 Congressional Freethought Caucus member on our Sunday TV show
Thankfully, we have other public figures who believe in the Constitution — and one such person is the guest on our Sunday TV show. Rep. Hank Johnson is a prominent member of the Congressional Freethought Caucus and chair of the House’s Subcommittee on Courts, Property and the Internet, making him a major player on court reform. “The evangelical movement at its core is a political movement that operates under the guise of religion, and the purveyors of that thinking use people who are honestly seeking spiritual goodness,” he explains the Religious Right leadership. You can already catch the show on our YouTube channel. Or find out where you can watch it on Sunday. 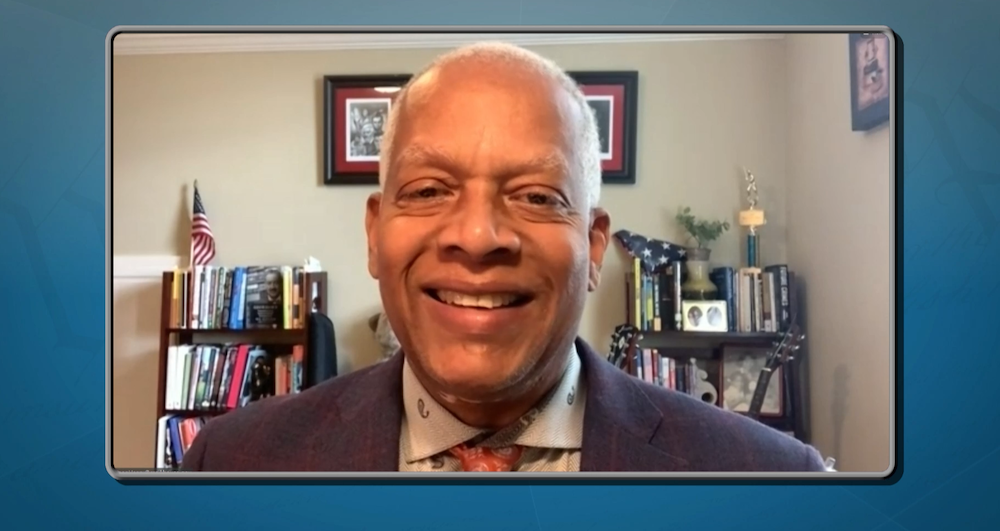 Memorializing the forgotten Founder
Thomas Paine, who was born on Jan. 29, is a hero of ours — and an ongoing project of ours is to memorialize him. This week’s timely production of “FFRF’s Ask an Atheist” features Margaret Downey, president of the new Thomas Paine Memorial Association, and Ian Ruskin, actor and dramatist of a one-man play about Paine, talking about Paine’s legacy and the need to erect a statue to this “forgotten Founder” in Washington, D.C. Margaret, next teaming up with Gary Berton, president of the Thomas Paine National Historical Association, returns as a guest on FFRF’s weekly radio show and podcast, “Freethought Radio.” After we play FFRF Co-President Dan Barker’s tribute to Paine, “The World Is My Country,” the guests recount Paine’s amazing life and writings. 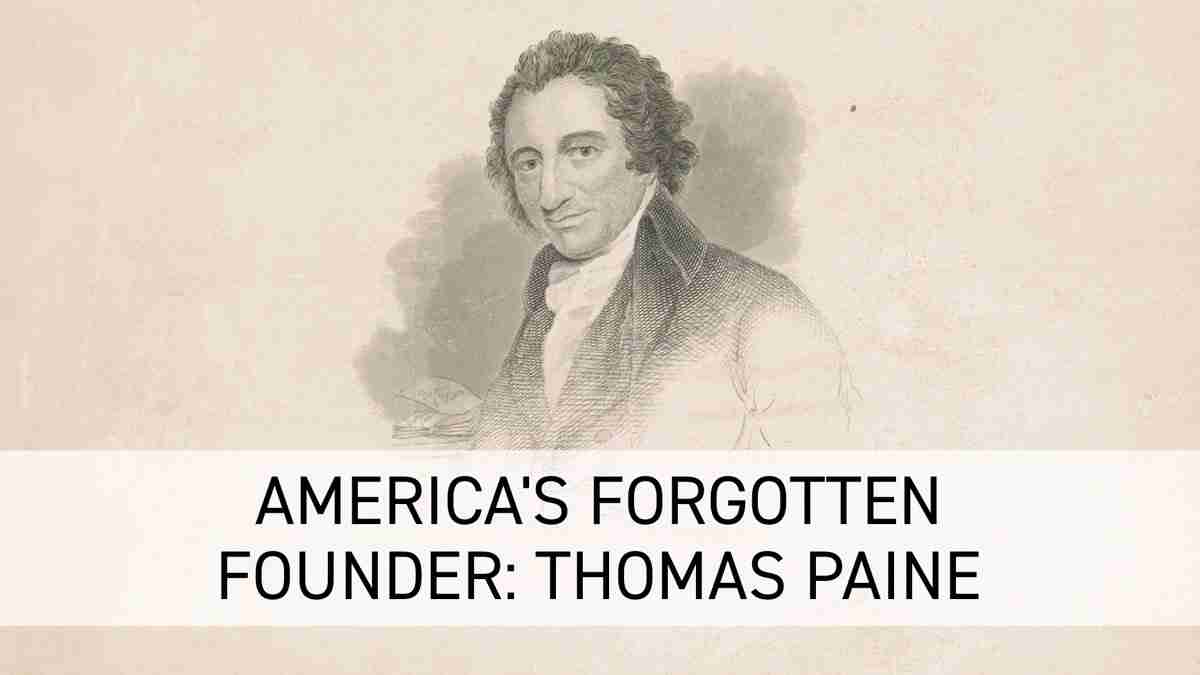 P.S. Remember: Thanks to the generosity of the Stiefel Freethought Foundation, if you contribute through midnight of Jan. 29 to the Thomas Paine Memorial Association’s campaign to erect a Paine statue, your gift will be tripled! The foundation will continue thereafter to match contributions until this project is completed. 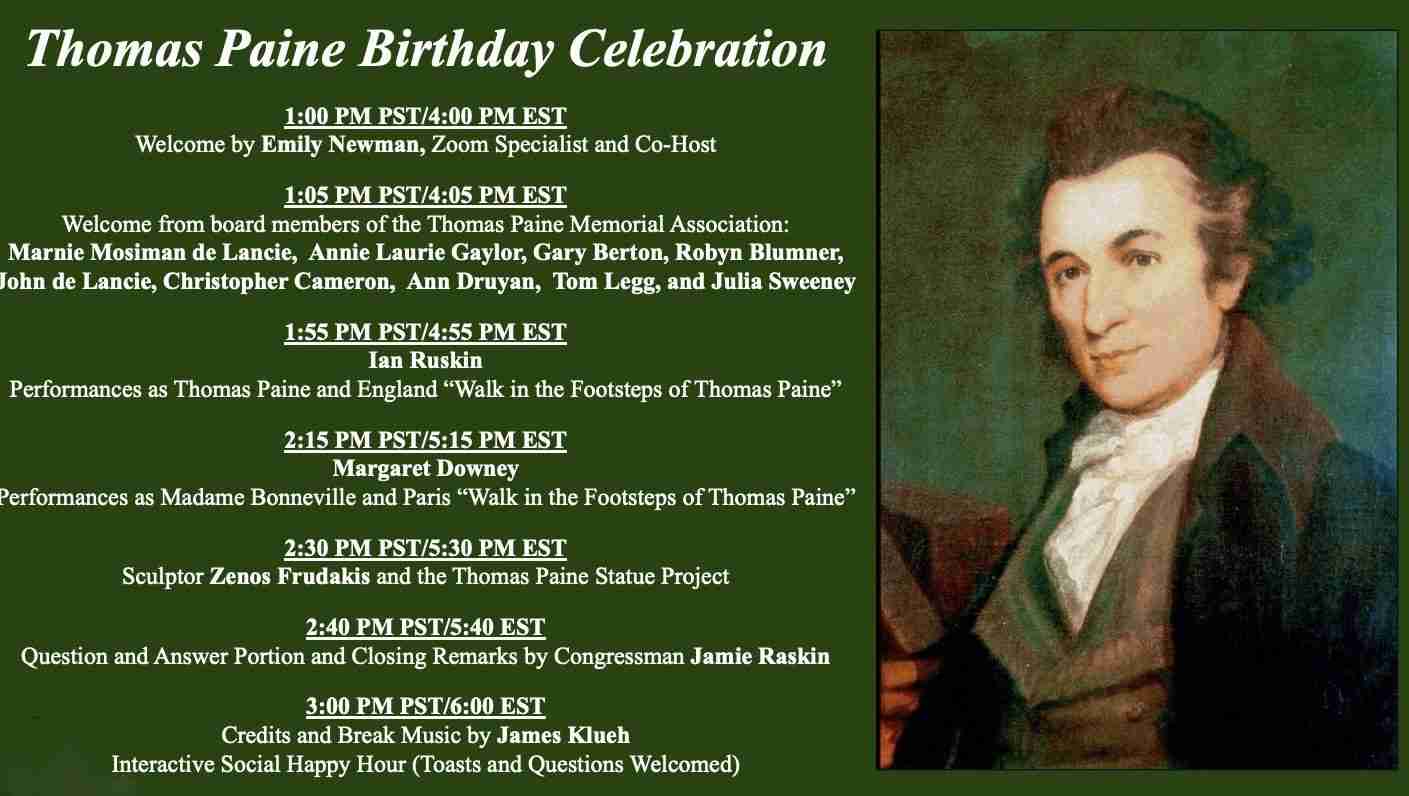 Heroes, villains, and those in between — we deal with all of these regularly and adeptly only because of you and your munificence.