National Day of Prayer, Trump’s chief of staff, the Ark Encounter and other challenges

We at the Freedom From Religion Foundation love to get the secular word out — and this week we were busily at it.

“In the run up to Easter and the National Day of Prayer, chaplains and guest chaplains around the nation have sowed religious division and discord as they delivered prayers at state legislatures, and now, federal courts are giving them their stamp of approval,” the column states.

An unconstitutional day
FFRF Co-President Annie Laurie Gaylor has written an op-ed going out to hundreds of newspapers through the Tribune News Service on the unconstitutionality of a National Day of Prayer, observed this year on May 2.

“The National Day of Prayer Task Force and evangelicals have not only hijacked the National Day of Prayer, they have hijacked the Constitution,” Annie Laurie persuasively asserts to the readers of the Rochester, Minn., newspaper, which published it this morning. “Congress and the president have no business telling Americans when or whether to pray, or much less what to pray about, or to set aside an entire day for prayer every year. With a quarter of our population today identifying as nonreligious, it’s high time to end this phony tradition.”

To counter the National Day of Prayer, FFRF and other secular groups are participating in the Week of Action. During this inspiring week, participating organizations buckle down and do the work that matters, taking social, political, and charitable actions that make a positive impact on their community. Learn how you can take action here. 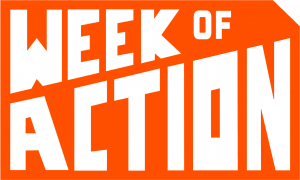 Remove the biblical edicts
Our recent call to an Ohio school to take down a Ten Commandments plaque has also gotten media play.

“The New Philadelphia City School District is being asked to remove a religious display from Welty Middle School,” a local TV station reports. “The Freedom From Religion Foundation of Wisconsin says a parent made them aware of a Ten Commandments plaque on display near the school’s auditorium entrance.”

The secular movement’s Muhammad Ali
FFRF Co-President Dan Barker has another method of informing people: by addressing them in person. Just yesterday, Dan had to leave the office mid-day to make it in time for an ungodly debate in Wausau, Wis., before an audience of hundreds. A bystander described the back-and-forth between Dan and the callow pastor as akin to “Muhammad Ali beating up on a girl scout.” Dan has been almost nonstop on the road the past couple of months, making two dozen appearances in roughly a dozen states (in addition to a trip to Poland), and is hence getting a much-deserved break from his travels next week onward.

Our House of Representatives isn’t truly representative
Dan’s absentee status this week didn’t prevent him from explaining in our “Newsbite” segment the case against the House chaplain in which he was the lead plaintiff: why we filed our lawsuit and what the verdict means for the secular community. 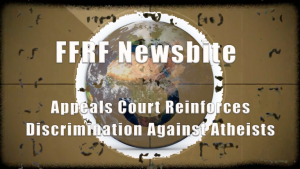 A Christian blitz
Dan also commented about Barker v. Conroy in a segment taped for our radio show. I filled in for Dan and, along with Annie Laurie, interviewed Frederick Clarkson, a senior research analyst who has uncovered the Christian supremacist plot known as Project Blitz that legislates theocracy at the state level. Fred advised our listeners on how best to combat this insidious legislative drive. Fred will be speaking at FFRF’s convention in October here in Madison. You won’t want to miss it! 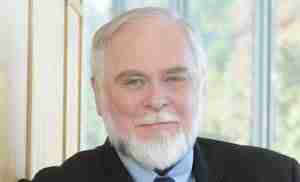 The Trump administration is infected
The Trump administration’s nonstop barrage makes it hard for us to quickly respond, but in one outrageous recent instance we definitely had to. President Trump’s acting chief of staff and director of the Office of Management and Budget, Mick Mulvaney, admitted what we all know: Christian nationalism is infecting government policy, a brazen admission. We exist to stop theocrats like Mulvaney from using the machinery of the state to impose his religion.

Kansas Supreme Court brings good tidings
We rejoiced this week when the Kansas Supreme Court affirmed that a woman’s right to choose resided in the state Constitution. “Today’s ruling in Kansas is good news in the never-ending fight to protect and expand reproductive rights and access,” we said in a statement crafted by FFRF Editorial Assistant Bailey Nachreiner-Mackesey. 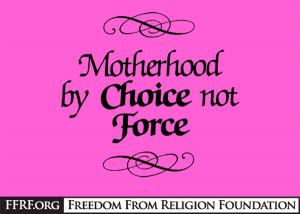 A slam dunk!
In another instance, we won a game for the Constitution even before getting the word to the media. A New Mexico basketball coach who was having his team wear religious T-shirts and conducting bible studies resigned after we called foul on him. “Federal courts have ruled public school coaches and athletic personnel must not promote religion,” FFRF Legal Fellow Chris Line wrote to the superintendent, and the sup responded favorably. Wow!

Public school students shouldn’t encounter the Ark Encounter
As always, we quietly engage in a campaign of persuasion nationwide. When an Illinois school district organized a senior trip to Ark Encounter, the notorious Ken Ham-created ham-fisted creationist myth park, we strongly objected. “The Ark Encounter is a blatantly propagandistic park that preaches a doctrine contrary to science and common sense,” said Annie Laurie. 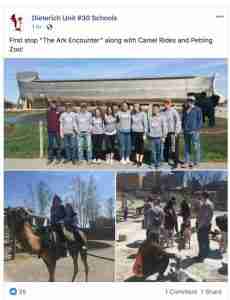 Bluegrass State prison blues
And we soldiered on in our lawsuits in service of a more secular America. Our case to protect government transparency and the separation of church and state in the Bluegrass State will carry on a little while longer. We sued the Laurel County Correctional Center in 2018 for intentional evasion of the Kentucky Open Records Act after inquiring into its “Night of Prayer,” and a judge has indicated that there isn’t enough evidence in the record to prove that the jail acted “willfully” in withholding public records from us. “We’re confident that we will prevail in this protracted tug-of-war with the jail,” says Annie Laurie. 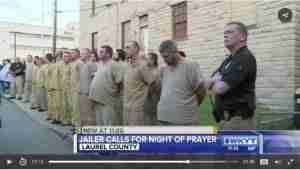 Not-so Intelligent Design
On our “Freethought Matters” TV show this Sunday (check out its nationwide listings), Dan and Annie Laurie interview Abby Hafer, an Oxford-educated zoologist, speaker and author of “The Not-So-Intelligent Designer: Why Evolution Explains the Human Body and Intelligent Design Does Not.” Abby counters the beliefs of so-called Intelligent Design in a humorous way, and so this is a treat! (You can catch the show on our YouTube channel, too.) 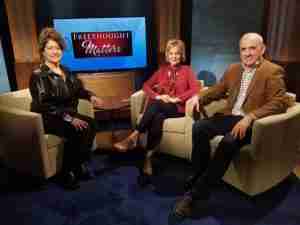 Raising awareness about the issues that matter is supremely important for us and the secular community — and we’re able to do it so well only because of your generous support and kindheartedness.