“My only father,” as I refer to him in the dedication of my book Losing Faith in Faith, died the evening of May 13, at the age of 90. Dad’s death occurred on Friday the 13th, which he would have appreciated since he spent his final decades as a proudly non-superstitious person.

Our Mom had died in 2004, but thanks to my brother Darrell and his wife Suzan, a geriatric nurse, Dad was able to live out his life at home in Shelton, Washington, his needs tended by a loving family to the very end.

Dad was a member of the Lenape Tribe (Delaware Indians), which had been Christianized by Baptists and Moravians in the 1830s. His family’s memories involved regular church-going. His full-blood grandmother Lizzie’s favorite song, while raising a large family in Indian Territory before and after Oklahoma statehood, was “Rock of Ages.” Jack and Lizzie’s son Herbert moved to California in the 1920s with his 18-year-old half-Cherokee wife Marie. Norman Se-co-yah Barker, the second of their four boys, was born the year of the Scopes Trial. (They knew how to spell “Sequoia,” but preferred the Indian way of writing the name of the man who invented the Cherokee alphabet.) 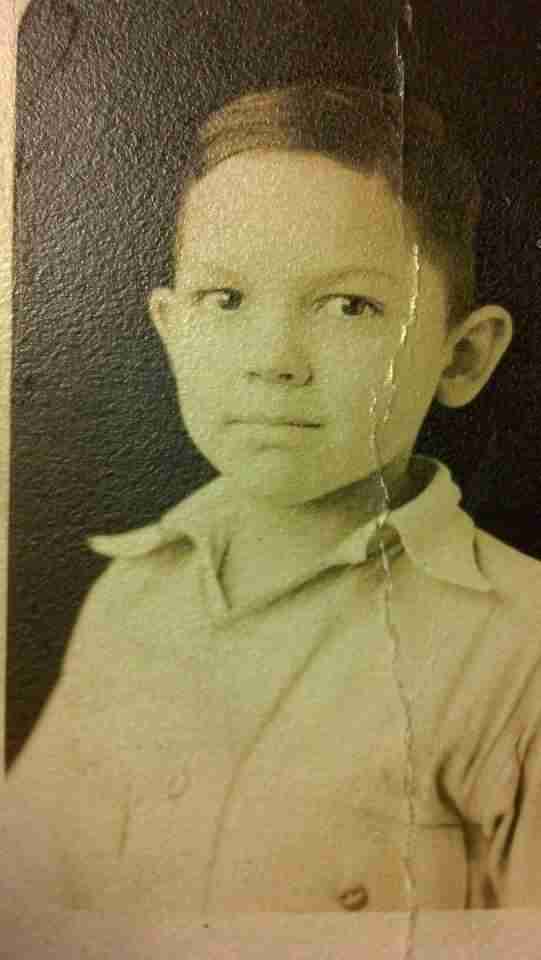 Dad had played the trombone every day of his life since high school. You can see him playing trombone in some old movies from the 1940s, most notably in Irving Berlin’s 1948 “Easter Parade” where Judy Garland puts her arm around him while singing “I Want To Go Back To Michigan (Down on the Farm).”

Dad was an original member of Hoagy Carmichael’s band “The Teenagers” who played during Hoagy’s “Something New” radio show on Mondays in 1945–46. (They let him play on for a while, even after he turned 20.) Dad met my mother Patricia (Patsy) in a dance band. That was the night his brother Ray got sick and needed him to sub for him on the trombone. Norman accompanied Patsy while she sang “These Foolish Things,” then made the not-so-foolish decision to get married in 1947. 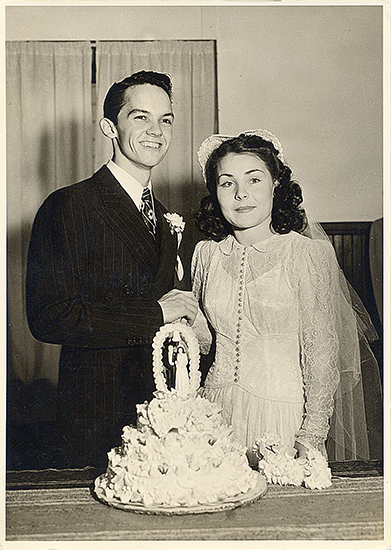 After playing in Big Bands during the 1940s, Dad found religion in a big way. He threw away all his “worldly” records, went to bible school and became a church lay leader. During my teen years our born-again evangelical family used to perform and preach at California churches: I played piano, my brothers played trumpet and trombone, my Mom sang beautifully, and Dad preached and played the trombone.

Norman was an Anaheim City Police officer for 22 years. He says one of the high moments of his career was when he pulled over his mother-in-law for speeding through town. He gave her a warning and a smile.

Like my Dad, I went to bible school and ended up preaching the “good news” of hell for 19 years. When my parents got my 1984 letter of deconversion to atheism, they were surprised, but eventually both became atheists. Mom, a Sunday School teacher, was first to deconvert. She told a reporter that she was much happier as a nonbeliever because “I don’t have to hate any more.” Dad threw in the towel a couple of years later after some friendly theological back-and-forth correspondence between the two of us. In the late 1980s, a happy nonbeliever, he told a reporter: “You think it’s hard being a Christian in today’s world? Try being an atheist!”

Dad kept up his musical chops as long as possible. In his late 80s he bought one of those orange plastic trombones that weigh only 3 pounds and sound just as nice.

At the very end, Dad put down his instrument and said he was ready to go. He was suffering from Parkinson’s. The days were becoming impossibly difficult. He had stopped eating and drinking. Darrell and Suzan took him to the emergency room on Sunday where he was diagnosed as terminal and allowed to be taken home under hospice care.

After he was admitted to the emergency room, his eyes closed in resignation (or determination), a nurse came in and asked him, “Are you ready to go see the angels and Jesus?”

Dad opened his right eye and stared at her. “No!” he said firmly.

“Dad is an atheist,” Suzan informed the nurse, who never said another word.

He died five days later, asleep in his own bed without pain.

Dad didn’t believe in life after death. All he wanted was to be buried next to Patsy in Mountain View cemetery in Mesa, Arizona, near where they had lived in retirement for a quarter century.

There will be no funeral or formal memorial service. Some time in the near future Darrell and I and some close family members will bury his ashes next to Mom’s grave in Arizona. Norman and Patricia Barker, long-time supporters of the Freedom From Religion Foundation, are honored on the wall of tiles in the vestibule of Freethought Hall, the national offices of FFRF. 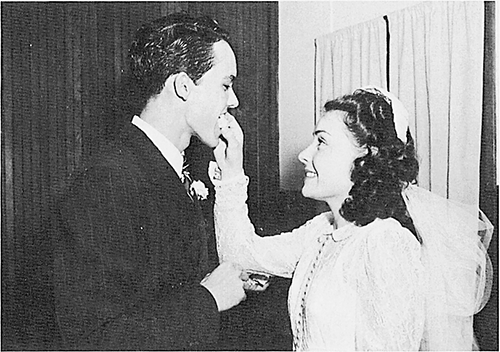 Twenty hours after Dad’s death, I played in a jazz band in Baraboo. He would have wanted me to keep gigging. In his memory, as my daughters Glen (Sabrina) and Rebecca were listening, we played “These Foolish Things.”

My Dad was a constant positive presence. He was very smart and extremely talented. His ego was secure. Relaxed and happy with life, he felt no need to be ambitious or aggressive. He was quick with a joke or a pun, delivered wryly with a repressed grin and sideways glance. He rarely complained about anything, even when we thought he should be more assertive about wrongs he had suffered. He was genuine, humble and unpretentious, with a smiling sparkle in his eye that gave away the fact that he had life all figured out. Family, friends and music, that’s all that mattered.

He is survived by his brother Ray, 86, myself and my daughters Rebecca (children Isaiah, Makai and Kaia), Kristina (son Adam), Andrea (children Sydney, Ethan and Justin), Glen (Sabrina), and my son Danny (daughters Meka, Keyloni and Ivy), my brother Tom (children Sarah and Ryan, grandchildren Eli, Autumn and Wyatt), and Darrell (children Matt and Brandy, grandchildren Sam, Ben, and Jude), and daughters-in-law Annie Laurie Gaylor and Suzan Palmer. He also knew that my grandson Makai had just become a father to his great-great-grandson Jaxson in March.

Dad loved the writings of cowboy authors Zane Grey and Louis L’Amour. He also admired the “great agnostic” Robert G. Ingersoll, who said “One world at a time.”

Dan Barker is co-president of the Freedom From Religion Foundation. A teenage Christian evangelist, he got ordained, pastored in three churches, and did missionary work in Mexico, had a musical ministry and graduated from Azusa Pacific College majoring in religion. Barker preached the gospel for 19 years before he “just lost faith in faith.” Now Dan is an advocate for reason and freethought. He has participated in more than 120 debates, including at Oxford University. Dan has authored seven books including: Godless: How An Evangelical Preacher Became One of America’s Leading Atheists with a foreword by Richard Dawkins; Losing Faith In Faith: From Preacher To Atheist; Life Driven Purpose: How an Atheist Finds Meaning with a foreword by Daniel C. Dennett; and God: The Most Unpleasant Character in All Fiction with a foreword by Richard Dawkins. He’s also written three freethought books for children including Just Pretend. He’s produced three albums of freethought music released by FFRF.
All Articles by this author
PrevPreviousWe had a fulfilling week
NextWe deal with a lotNext