Multimillion budget giveaway to churches an assault on religious freedom 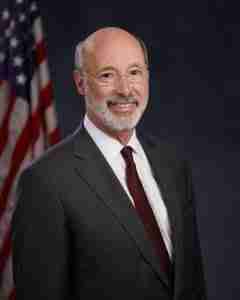 Under the budget provisions, Grace Baptist Church of Germantown is set to get $2 million and Bible Way Baptist Church in West Philadelphia is slated to get $5 million for “acquisition, infrastructure, renovations, rehabilitation, construction and other related costs.”

Yet Article 1, Section 3 of the Pennsylvania Constitution clearly guarantees no one “can of right be compelled to attend, erect or support any place of worship, or to maintain any ministry against his consent.”

Although the $2 million in taxpayer money for Grace Baptist Church is for a harmless-sounding “Community Center,” the church actually describes that “Christian center” as a “ministry” that regularly hosts Bible studies, among other programming. Public money will fund a ministry within a ministry.

Bible Way Church’s overtly religious “vision” is to use the church to “transfor[m] the Carroll and Cathedral Park Communities of West Philadelphia into Christian communities.” Bible Way’s “purpose” is to “prepar[e] disciples to make an impact for the Kingdom of God everywhere! Matthew 28:19–20.”

The government’s taxing power should not be wielded to oblige Muslims to bankroll temples, coerce Jews to subsidize churches, or force Christians to fund mosques — or compel the nonreligious to support any of the above. One of this country’s first religious freedom laws warned that taxing citizens and giving the money to churches is “sinful and tyrannical.” The right to be free from that compulsion is the bedrock of religious liberty.

It is unconstitutional for the state of Pennsylvania to spend public funds to build “Christian communities,”  train Christian “disciples” or fund Christian “ministries.” It is a violation of freedom of conscience to force all citizens, regardless of their religion or lack thereof, to support one denomination — the Baptists — which makes up less than one-tenth of the population. Even were every citizen but one be a Baptist, taxing them to support these churches would still be “sinful and tyrannical,” in the words of Thomas Jefferson.

The “safeguards” in the budget —  such as a mechanism to ensure that funded projects use public funds only for certain purposes such as construction or permits — don’t work for two reasons.

First, constructing a building may not technically be a religious endeavor, but that’s irrelevant when a church uses the building for its religious ministry. The government cannot fund the building of a church or build administrative offices for that church. There would be no way to disentangle the religious purpose of a church from our tax dollars.

Second, any dollar that the government gives a church, even if for a permit, frees a dollar for the church to spend on training godly disciples and buying Bibles. Money is fungible.

If these churches get a single cent from the public treasury, then the government is violating the religious liberty of every Pennsylvanian. Fortunately, there’s an easy solution: Gov. Wolf can and should use his line item veto to strike these two unconstitutional awards from the budget.

With customary wit, Benjamin Franklin explained that government support of religion reflects poorly on the churches: “When a religion is good, I conceive that it will support itself; and when it cannot support itself, and God does not take care to support, so that its professors are obliged to call for the help of the civil power, ’tis a sign, I apprehend, of its being a bad one.”

Let the faithful voluntarily support their churches if they so choose. To involve the state in such personal decisions violates the religious liberty of all. Pennsylvania should defend this bedrock American principle.

Andrew L. Seidel is a constitutional attorney and the Director of Strategic Response at the Freedom From Religion Foundation. His first book The Founding Myth: Why Christian Nationalism Is Un-American was burned by a Tennessee preacher. His second book, American Crusade: How the Supreme Court is Weaponizing Religious Freedom, is due out in 2022. He's won numerous academic awards and holds two law degrees: a J.D. magna cum laude from Tulane University Law School and an L.L.M. from Denver University’s Sturm College of Law. Andrew has a B.S. in neuroscience and environmental studies from Tulane. Before dedicating his life and law degree to keeping state and church separate, Andrew was a Grand Canyon tour guide and an accomplished nature photographer. Andrew has appeared on Fox News to debate Bill O’Reilly, MSNBC, and hundreds of other media outlets speaking on behalf of FFRF.
All Articles by this author
PrevPreviousEveryone is a skeptic
NextVaccines, LGBTQ rights, redressing child abuse, and an inspiring secular commencementNext