(Most of) the Supremes sing our tune 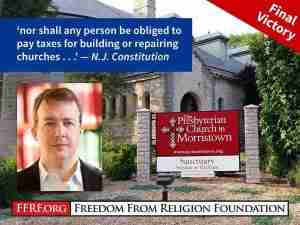 It was a supremely successful week for us.

It’s not every day that an organization wins at the U.S. Supreme Court level. On Monday, the nation’s highest judicial forum declined to hear a case we had prevailed at on the New Jersey Supreme Court level regarding unconstitutional funding of churches by Morris County. Our success got huge media play, from the New York Times and the Washington Post to the New Yorker and the Economist.

Our Facebook Live “Ask An Atheist” feature, not surprisingly, focused on our judicial vindication. Our staff attorneys who were co-counsels on the case, Ryan Jayne and Andrew Seidel, chatted with our plaintiff David Steketee about the significance of our triumph for state/church separation. David was on our radio show, too, this week to talk about the lawsuit following Andrew’s eyewitness account of Supreme Court oral arguments of another extremely important case: the lawsuit regarding the gigantic Bladensburg cross. On our “Newsbite” segment, Andrew explains the Morris County case a tad more pithily. 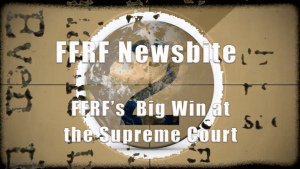 “A law that ensures that taxpayers may not be forced to support churches or religion is not discriminatory; it is integral to true religious freedom,” she wrote for the Trentonian. “Three of our nation’s highest judicial authorities should surely recognize that.” 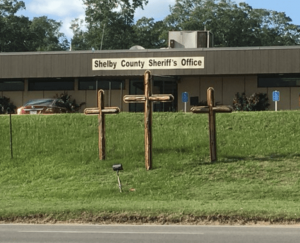 Setting them straight down South
But we didn’t rest on our laurels. In fact, we were busy attempting to buttress the wall of separation elsewhere. We protested the regular practice of Christian prayer at a Texas school board’s meetings. We objected to three crosses outside a sheriff’s office elsewhere in the Lone Star State. And when a bill was introduced in the Florida Statehouse to permit bible classes in its public schools, we submitted testimony via our central Florida chapter expressing our strong opposition.

Biblically condemning Trump (& the Methodists)
We were keeping an eye on national and international developments, as well.

We took President Trump to task for signing bibles in the aftermath of a tornado, instead of focusing on material relief.

“Survivors of the tornado deserve better than this photo op,” we stated. “And so does our Constitution.” 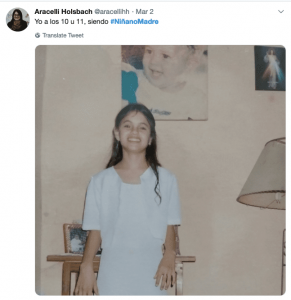 Forcing children to have children
And Annie Laurie penned a blog on an extremely disturbing event in South America: an 11-year-old rape victim in Argentina whose abortion was delayed until it was life-threatening due to the country’s archaic anti-abortion laws and attitudes. It brought back memories for Annie Laurie of someone else very similar who she met decades ago. “Abortion will always be needed, so long as there are men who rape, so long as contraception remains imperfect, so long as 11-year-old girls can become pregnant,” she wrote.

See Dan Barker speak in Arizona
FFRF Co-President Dan Barker is touring the Southwest. If you’re in Arizona or nearby, you can see him speak on Wednesday, March 13, at Arizona State University or on Thursday, March 14, in Mesa about his recent books. Be there if you can!

A youth star and a secular pep talk
We’re delighted to have on our national “Freethought Matters” TV show this week a remarkable author — a 12-year-old who is already blazing a freethought path. Bailey Harris’ Stardust series of freethinking books for young readers was co-written with her father, Douglas, who joins her for the interview. See where all you can watch the interview Sunday morning or catch it on our YouTube channel. Wow, Bailey! 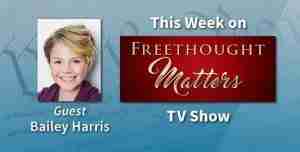 From the U.S. Supreme Court to supremely motivating speeches, we have it all covered — only due to you and your support.

All Articles by this author
PrevPreviousThe inhumanity of forcing children to have children
NextRespect women. Period.Next