Skip to content
PrevPreviousBill O’Reilly is not a Catholic, and neither are you!
NextWalker anti-abortion proclamation shameful, untrueNext 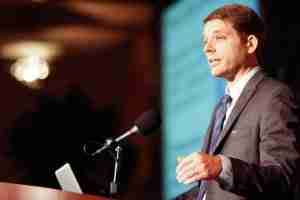 Cindy Jacobs believes in miracles. The televangelist recently recounted some of the awe-inspiring, tremendous miracles god’s omnipotent hand has bestowed upon her. (Click here to view the video.)

“We believe we’re moving into a supernatural season, where if needed, God will multiply food. I have seen God multiply food more than one time when I was cooking. When my kids were little they were always bringing their friends into the house and I remember spooning out spaghetti or whatever, just praying in the spirit over that, and God just made more and more and more. You know, I’ve seen oil multiply as I was praying for the sick. I’ve seen bottles of oil just fill up about a cup at a time of oil.

“So, you know, sometimes God is saying little epiphanies to us, little things to us, but we don’t know how to listen to his voice.”

Wow! Tires and shoes that last an extra long, albeit unspecified time? An extra cup or two of oil? More spaghetti in the pot? Her god is so very… weak. It would be difficult to come up with four miracles more banal than these. And I can’t help but wonder why Jacobs thinks her god “multiplied” the spaghetti, when this is so clearly the province of “His Noodly Goodness,” the Flying Spaghetti Monster.

Jacobs unwittingly exemplifies the problem with all religion’s “miracles.” They are so bland. Anatole France summed up the insipid nature of religion’s reported miracles after a visit to the shrine at Lourdes: “I paid a visit to the grotto where innumerable crutches were hung up in token of a cure. My companion pointed to these trophies of the sick-room and hospital ward, and whispered in my ear: ‘One wooden leg would be more to the point.’ ”

For all his supposed power, god’s miracles are all rather weak. Remember when the Virgin Mary “pushed” the bullets two inches to the left, so they wouldn’t take the pope’s life? Wouldn’t it been a better miracle if the bullets had not hit him — or the two innocent bystanders? Or if the wound had healed itself before he lost three quarters of his blood, and without the help of the highly competent doctors performing hours of surgery?

How disappointing it must be for believers that their all-powerful god struggles to produce more than one “cup of oil at a time” or a tire that will outlast a car. How vapid the burning bush compared to the atom-forging furnaces at the hearts of stars. How utterly boring Balaam’s talking donkey is compared to Einstein, the garrulous African Grey parrot or Koko, the gorilla fluent in American sign language. How commonplace the miracle of water coming out of a rock. This often happens when a permeable rock layer like sandstone sits atop an impermeable layer like shale. It’s not miraculous, it’s gravity.

It is pathetic that Cindy Jacobs finds it easy to accept the feeble crumbs her god offers as proof of his supernatural ability, particularly when her “marvels” are dwarfed by the everyday occurrences of our natural world. Jacobs really ought to read David Hume’s “everlasting check to all kinds of superstitious delusion” found in, An Enquiry Concerning Human Understanding. Hume thought that we should weigh the probability that the laws of nature are suspended against the probability that the person so claiming is mistaken, delusional, or possibly lying. Applying Hume’s maxim to the miracles of Jacobs’ god, he might say “Jacobs’ testimony is not sufficient to establish the miracle of the multiplying spaghetti, unless Jacobs’ testimony is such, that its falsehood would be more miraculous than a violation of the First Law of Thermodynamics, which states that matter cannot be created.”

Andrew L. Seidel is a constitutional attorney and the Director of Strategic Response at the Freedom From Religion Foundation. His first book The Founding Myth: Why Christian Nationalism Is Un-American was burned by a Tennessee preacher. His second book, American Crusade: How the Supreme Court is Weaponizing Religious Freedom, is due out in 2022. He's won numerous academic awards and holds two law degrees: a J.D. magna cum laude from Tulane University Law School and an L.L.M. from Denver University’s Sturm College of Law. Andrew has a B.S. in neuroscience and environmental studies from Tulane. Before dedicating his life and law degree to keeping state and church separate, Andrew was a Grand Canyon tour guide and an accomplished nature photographer. Andrew has appeared on Fox News to debate Bill O’Reilly, MSNBC, and hundreds of other media outlets speaking on behalf of FFRF.
All Articles by this author
PrevPreviousBill O’Reilly is not a Catholic, and neither are you!
NextWalker anti-abortion proclamation shameful, untrueNext