Luminaria enlightens onlookers about real reason for the season 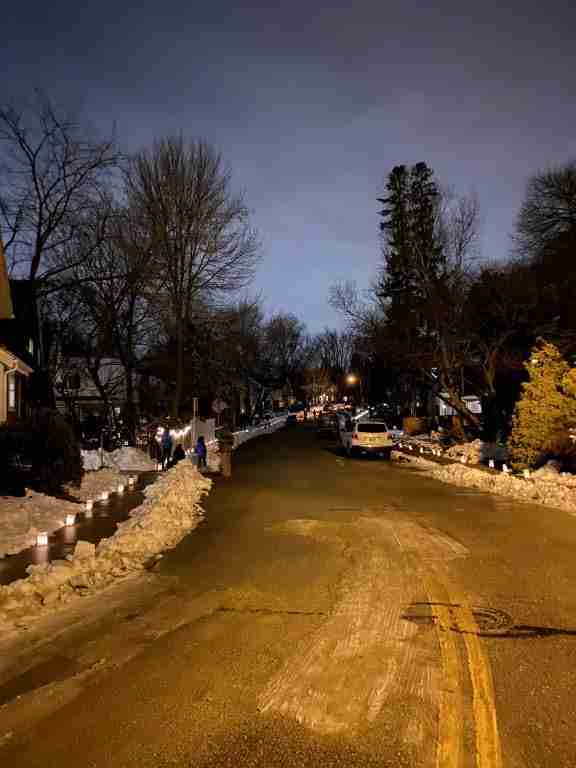 Someone on our block’s Google group sent out an email last week noting that neighbors on a nearby street were floating the idea of putting out small luminaria on Dec. 24 to “celebrate and spend some time outside even on a cold, dark night.”

Kate emailed our block: “I’m wondering if anyone on our block might be interested in doing this, but for the Winter Solstice instead?” What better date to have a celebration of lights than on the darkest night of the year — Dec. 21, the Winter Solstice?

The idea was an instant hit, not just with us, but with just about everyone else on our small block.

It was pointed out that the Great Conjunction of Jupiter and Saturn was to take place about 5 p.m. on Dec. 21. So we settled on placing luminaria and gathering (socially distanced and masked, of course) by sunset Monday. One kind neighbor claimed to have an abundance of paper lunch bags to share. Another took orders for tea candles, then refused to be reimbursed.

Dan Barker and I had requested 40 of each since we’re on a long corner. The supplies quietly appeared at our doorstep Monday afternoon and we quit work at 4:30 p.m. to prepare (not a small task with the wind blowing). Dan, sitting on our front steps, carefully poured a little sand into each bag, lit and inserted the tiny candles, while I ran back and forth to place the small glowing lanterns.

“Now this is an appropriate use of votives,” Dan remarked.

Our entire block was soon lit up, with most of us placing them on only one of the sidewalk in deference to dog walkers. As I was putting out some of the last luminaria, a pedestrian stopped  near me and started taking photographs. He called out, “What’s the occasion? What’s everybody celebrating here?” 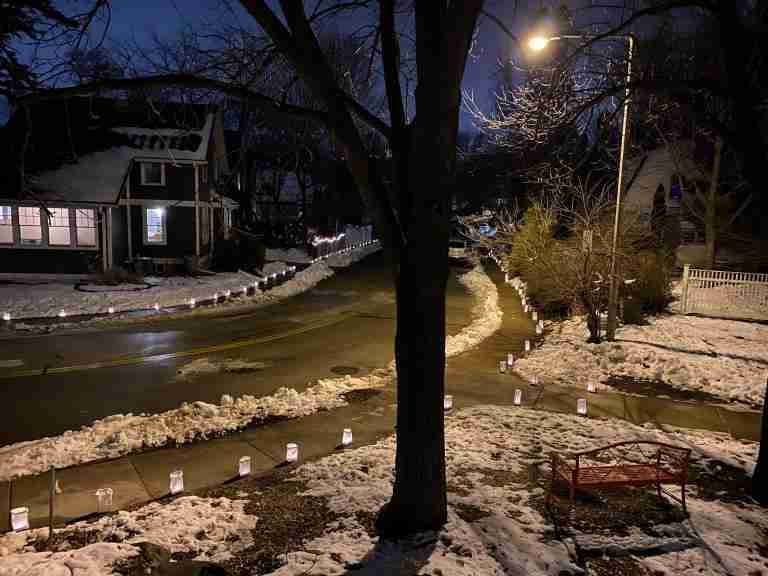 “What do you mean, what’s everybody celebrating!” I replied with mock consternation. “It’s the Winter Solstice.” He didn’t reply. “You know, the darkest night of the year.” He still didn’t reply, so I added, “People in the Northern Hemisphere have been celebrating the Winter Solstice with festivals of light and gift exchanges and all that, long before the Christians.”It’s hard to gauge responses when you’re talking in the dark to a stranger in a mask, but he finally laughed and said, “I’m pro-pagan. It’s very cool.”

It was indeed a very cool sight. Neighbors, plus passing admirers, promenaded up and the down the block to gawk — our largest mingling for months. Even though we were all masked and socially distanced, we could more or less make each other out and enjoyed half an hour of bonhomie.

Later, I emailed some of the photos Dan took of the luminaria to a friend and longtime member. Joe, who is very wise, informed me that luminaria is a custom out of New Mexico to mark Christmas. Sure enough, Wikipedia confirms this.

But like almost all such customs, luminaria was undoubtedly co-opted by Christianity. Nothing could be more natural than bonfires and other ways to face the darkest night together and celebrate the fact that longer days will follow.

It’s amazing to me that even now, in 2020, so many Americans are clueless about the “real reason for the season.” New York Times columnist Margaret Renkl had a column this past week, “Looking for light on the longest night of the year,” in which she confessed that she too, like the pedestrian I had spoken with, was clueless about “What’s everybody celebrating?”

When some friends got together at a fire pit recently, she had remarked, “How comforting it is that this season of lights always coincides with the darkest time of the year.”

The historian in her group corrected her — “That’s not a coincidence” — and schooled her about  the Winter Solstice. She in turn recited the facts in her column. But Renkl, in a sense, still remains clueless, writing, “Modern pagans still celebrate the solstice …”

Not so, Margaret. Whether they are conscious of it or not, all the end-of-the-year revelers in the Northern Hemisphere  — observers of Hanukkah with its candelabras, Christians repurposing the “rebirth of the sun” into “the birth of baby Jesus,”  and New Year partygoers — are marking this very natural holiday signaling the natural new year.

We may have passed the darkest day of winter. But as President-elect Joe Biden warns, the “darkest days” of the pandemic “are ahead of us, not behind us.”

So here’s hoping not only that luminaria on the Winter Solstice will catch, but that you will have a bright and safe New Year. 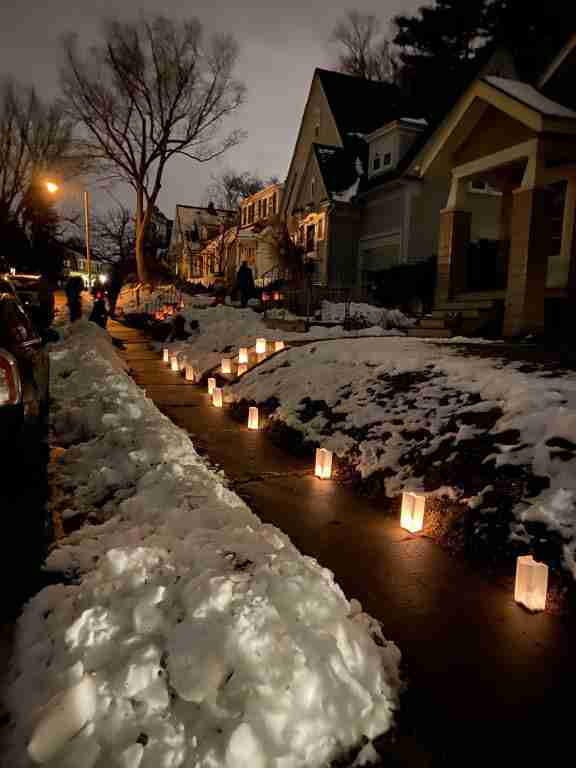 Annie Laurie Gaylor is co-president of the Freedom From Religion Foundation. She co-founded FFRF in 1976 as a college student with her mother Anne Nicol Gaylor. She served as the editor of FFRF’s newspaper, Freethought Today, from 1985-2009. She became FFRF co-president with Dan Barker in 2004. Annie Laurie has authored three books for FFRF: Woe to Women: The Bible Tells Me So; Woe to Women: The Bible Tells Me So; and Women Without Superstition: “No Gods – No Masters”, the first anthology of women freethinkers.
All Articles by this author
PrevPreviousVatican’s acceptance of COVID-19 vaccine exposes Church hypocrisy
NextWhy religious holidays are increasingly without religionNext