Lisa Montgomery case begs for death to the death penalty 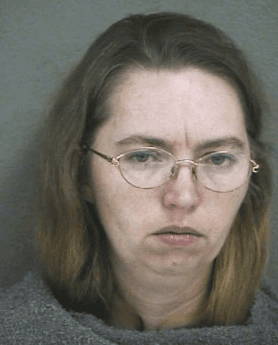 There can’t perhaps be a clearer case for ending capital punishment than that of the only woman currently on federal death row.

Lisa Montgomery — poised to become the first woman to be killed by our federal government since 1953   — is one of several prisoners President Trump has been racing to execute before his term ends on Jan. 20. Trump not only resumed federal executions in July after a 17-year hiatus but has also flouted the 130-year-old tradition of pausing them during a presidential transition.

Trump’s actions are particularly cruel given that President-elect Joe Biden has vowed to end the federal death penalty. The United States is the only Western democracy with capital punishment. More than 100-plus nations have repudiated the biblical “life for a life” mentality, yet in our religion-saturated country, capital punishment is still the law in our federal government and 28 states.

In what The Guardian refers to as Trump’s “literal killing spree,” 10 federal prisoners were put to death in 2020. For the first year in history, more federal prisoners were executed under Trump’s watch than in all the states combined. The Capital Punishment Project at the ACLU calls it “unconscionable” that the death penalty is being carried out during the pandemic, which has spread in prisons and death row, and is one reason why few executions have been carried out at the state level. Trump has executed more prisoners than the last 10 presidents combined, according to ProPublica.

And Trump’s deadly binge — with his usual disregard of the pandemic — has caused other serious problems. The killing of Orlando Hall on Nov. 19 spread the coronavirus to eight members of his execution team, plus his spiritual adviser. Two attorneys representing Lisa Montgomery caught COVID-19 after visiting her Texas prison to work on her clemency petition, one reason why a federal court halted her execution, which had been scheduled for December. Shockingly, the D.C. appeals court vacated that court ruling on New Year’s Day — no less — to order that Lisa Montgomery must die on Jan. 12.

It’s an axiom that civil liberties protections must apply even to the most odious offenders. Lisa Montgomery’s crime was unthinkable: She strangled a Missouri woman who was eight months pregnant, then cut out and kidnapped the baby (who survived).

Horrific as Lisa’s crime was, it almost pales in comparison to what she has endured herself over her life, as Rachel Louise Snyder has movingly relayed in a Dec. 25 op-ed, “Punch after punch, rape after rape, a murderer was made,” for the New York Times: “Given everything we know about Lisa Montgomery’s mental illness, her lifetime of horrific torture and trauma, and the many people in positions of authority who could have intervened to save her but never did, there can be no principled reason to carry out her execution. The government should stop its relentless efforts to end her life.”

Lisa has bipolar disorder, temporal lobe epilepsy, complex post-traumatic stress disorder, dissociative disorder, psychosis, traumatic brain injury and probably fetal alcohol syndrome. The decks were stacked against her at her birth into a family rife with abuse and mental illness. Her mother, Judy Shaughnessy, sadistically meted out extreme abuse, such as covering the toddler’s mouth with duct tape so she wouldn’t cry. Shaughnessy admitted to an investigator that Lisa’s first words were, “Don’t spank me. It hurts.”

Her alcoholic stepfather began sexually assaulting her when she was 13, building a special room with its own entrance on the family’s trailer in which to regularly carry out the crimes, raping her for hours and inviting friends to join him. Next, he prostituted her to pay the bills. A half-brother stated that their mother would make the other children leave the house while Lisa was being raped. Lisa, an A student in elementary school, was in special needs classes by junior high.

When her mother sought a divorce, she forced 17-year-old Lisa to testify about being raped. While a social worker turned the file over to the district attorney, there was no prosecution. At 18, Lisa married her 25-year-old stepbrother. He raped her, including anally and with bottles, tied her up, held a knife to her throat, and even made a video when raping and beating her. By age 23, she had four young children, and had begun behaving bizarrely, for instance diapering a pet goat and driving it across several states.

After a divorce, she remarried a man who, while supportive of her during her trial, was also sexually violent. Lisa, who had undergone a tubal ligation after her fourth child, became obsessed with becoming pregnant, claiming phantom pregnancies that ended in phantom miscarriages. Her horrific crime took place while her first husband was battling for custody of two of their children.

Hardly any of this history was entered into the trial record. Nor, Snyder reports, were the MRI scans of Lisa’s brain, indicating brain damage, or the PET scans showing brain dysfunction, the likely results of trauma. In a test taken before her crime, Lisa had scored a 48 out of 100 in a Global Assessment of Functioning. She was not only innocent by reason of mental defect, but her brain damage should have spared her the death penalty, as federal law forbids executing individuals with intellectual disabilities. She theoretically has the right to be assessed before her death, but the pandemic has closed her prison to such visits.

Lisa’s childhood experiences meet the standards of extreme torture. She was unable to distinguish between the past and the present, “as if she was reliving all of her abusive experiences,” reports Snyder. It is impossible not to concur with Synder’s analysis that gender bias — a lack of understanding of the abuse of women and a judicial playbook that condemns “bad mothers” — led to her death sentence.

The death penalty at state or federal level is also irreparably racist, as has been long established. Three prisoners executed since Nov. 3 — Orlando Hall, Brandon Bernard and Alfred Bourgeois — have been Black. Trump put to death in August Lezmond Mitchell, the only Native American on federal death row, over the sovereignty objections of the Navajo Nation. While Lisa is white, the  two other federal prisoners slated to be killed before Trump leaves office are Black: Cory Johnson and Dustin John Higgs.

The death penalty as meted out the United States not only “cruel and unusual punishment” (barred under our Eighth Amendment), but is vindictive, ineffective, costly, inequitable, arbitrary and broken — and its repeal by federal and state governments is long overdue. But we need only invoke the tragic figure of Lisa Montgomery to realize that the death penalty has no place in an allegedly civilized, secular society. As Snyder concludes, “Ms. Montgomery’s execution, far from righting a wrong, would in itself be an injustice atop an injustice.”

Annie Laurie Gaylor is co-president of the Freedom From Religion Foundation. She co-founded FFRF in 1976 as a college student with her mother Anne Nicol Gaylor. She served as the editor of FFRF’s newspaper, Freethought Today, from 1985-2009. She became FFRF co-president with Dan Barker in 2004. Annie Laurie has authored three books for FFRF: Woe to Women: The Bible Tells Me So; Woe to Women: The Bible Tells Me So; and Women Without Superstition: “No Gods – No Masters”, the first anthology of women freethinkers.
All Articles by this author
PrevPreviousArgentina legalizes abortion over pope’s objections
NextUnmasking religion’s role in the pandemicNext