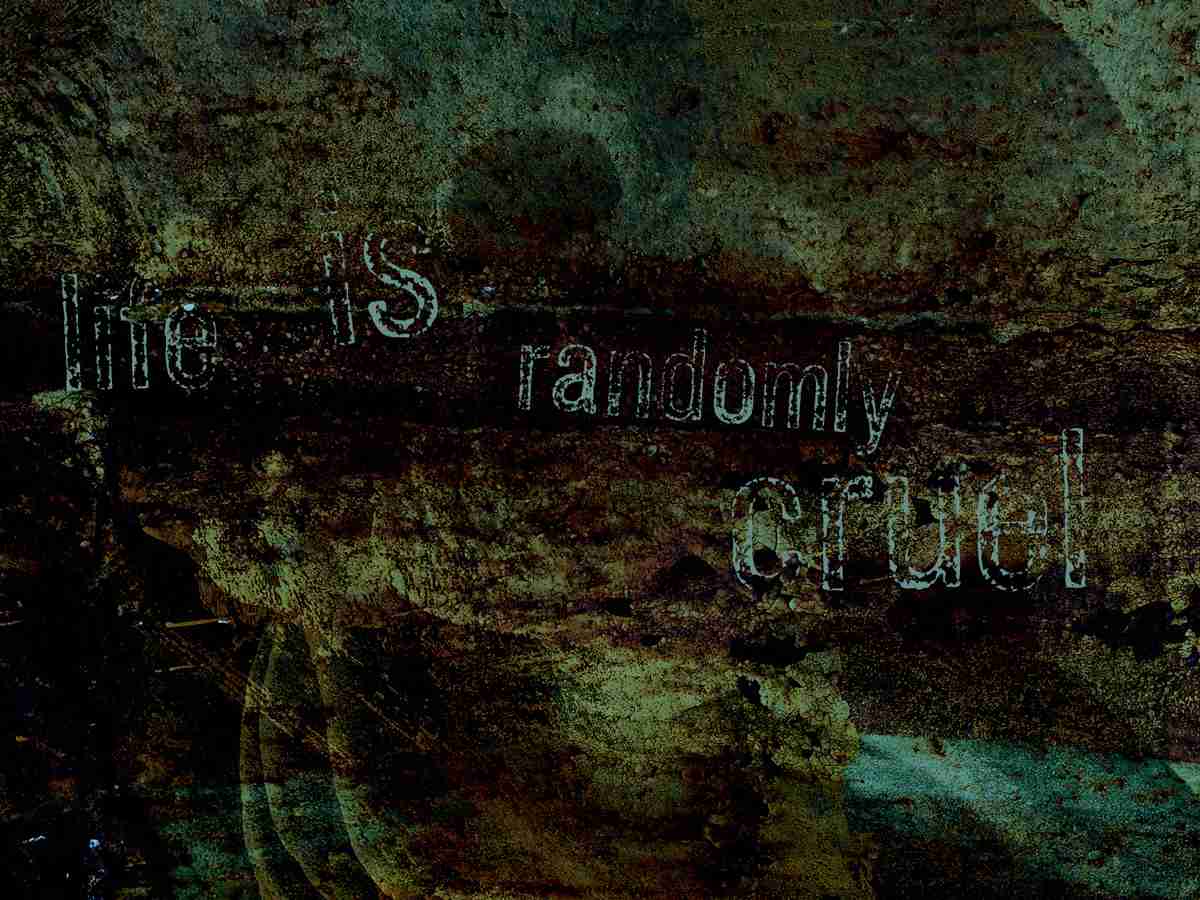 One of my in-laws, a lovely young mother in Australia, has two adorable, bright-eyed, intelligent sons. But the second one, age 3, has developed unstoppable brain cancer that has kept the family in agony for a year. Now he’s just weeks from death, and everyone is grieving.

This rouses questions about life’s horrible cruelty that hits a few innocent victims, leaving others untouched.

Cerebral palsy maims about three babies out of every thousand born in America. Down syndrome hits one per 700. Spina bifida about one per thousand.

The families did nothing to deserve this nightmare. All they can do is struggle to cope, while others grieve for them.

For years, I attended a philosophy club led by a brilliant surgeon with vast knowledge. In high school, his teen-age son developed cancer in his nasal passage. The family went through years of surgery, chemotherapy, radiation — hopes rising when symptoms vanished, then falling again with each recurrence. The young man finally died while a university student amid 20,000 healthy students. All we club members could do was lament.

I’ll be 90 on my next birthday. I’ve never had a serious disease or injury. Why was I lucky while others weren’t? It can’t be because I’ve lived in piety, since I’m a sour old skeptic.

Famously, Rabbi Harold Kushner had a beloved son who died of a grotesque wasting disease while parents and congregation prayed fervently for God to save him. The rabbi wrote a best-selling book, Why Bad Things Happen to Good People, asking why God didn’t help. He concluded that the deity isn’t all-powerful. This contradicted most visions of The Almighty.

In philosophy, it’s called the problem of evil: If God is all-loving and almighty, why does he permit earthquakes — and tsunamis and hurricanes and twisters and floods and wildfires and mudslides — with sometimes calamitous tolls?

Similarly, why did he design hawks to rip rabbits apart and cobras to kill children?

Finally, why does he doom us all to death? For centuries, theologians have tried to answer these damning questions — but they cannot. Their futile struggle is the field of theodicy.

Obviously, the answer is that no all-loving, almighty god exists. Logic doesn’t rule out a vicious god, but it precludes a kind one.

So we have nobody to blame, except nature itself, for the tragedies that ravage a few, sparing others.

This article is adapted from a piece that originally appeared at Daylight Atheism on April 19, 2021.

James A. Haught, syndicated by PeaceVoice, was the longtime editor at the Charleston Gazette and has been the editor emeritus since 2015. He has won two dozen national newswriting awards and is author of 12 books and 150 magazine essays. He also is a senior editor of Free Inquiry magazine and was writer-in-residence for the United Coalition of Reason.
All Articles by this author
PrevPreviousReligion is an impediment to gender equality
NextCombating state mischief, organizing events, raising awareness & creating media wavesNext