Skip to content
PrevPreviousWar on Christmas: dispatch from the front lines
NextTaking a breather — not!Next

For many years, the City of Menominee, Mich., erected a large, stand-alone Christian nativity scene in a city park. Here’s what the scene looked like: 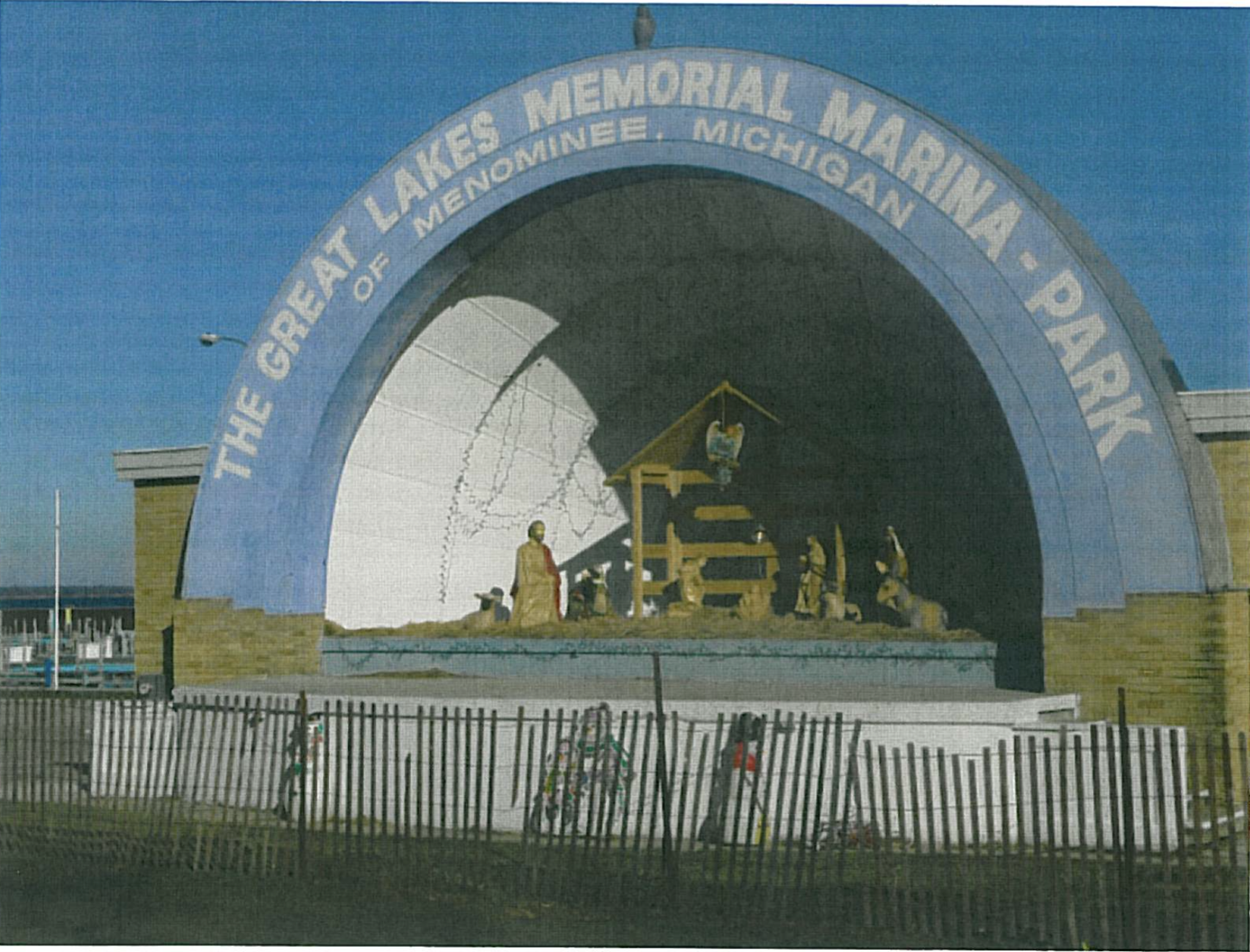 FFRF wrote multiple letters to the city, first in 2007, letting it know that this display was unconstitutional in its current form (FFRF has a great legal FAQ on government holiday displays).

After nearly 10 years, the city finally listened to FFRF and wisely moved the nativity off of government property this November. A local church put up the nativity on the church’s property, and there it remains.

Upon hearing this, the ironically named Liberty Counsel (best known for fighting to restrict the liberties of LGBT Americans) told the city that it could get away with putting up a nativity scene so long as it included some secular displays, as well.

Unfortunately, the city listened to the group and put up an entirely new nativity scene, donated by a local family, along with a handful of secular symbols. The secular symbols were added in an attempt to comply with the somewhat bizarre holding of a 1984 Supreme Court decision, Lynch v. Donnelly, which is sometimes derisively called the “reindeer rule.” This is what the scene looks like now: 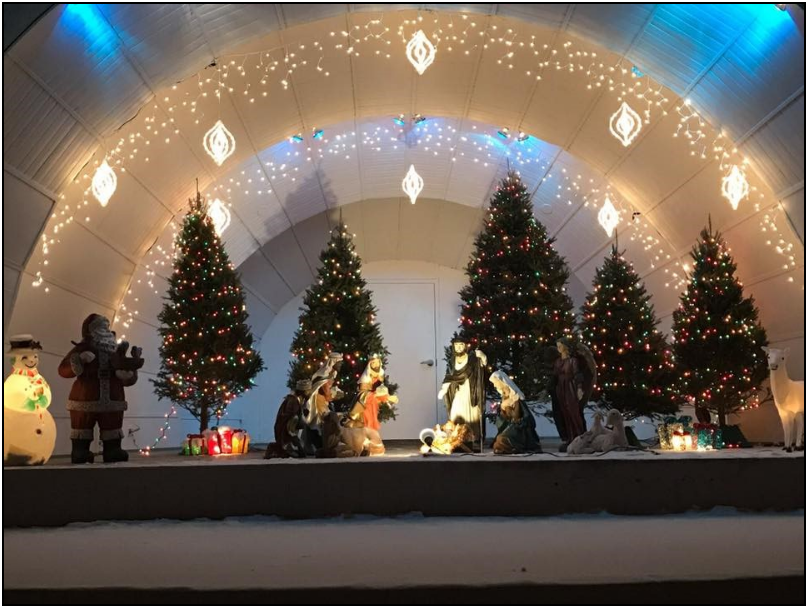 However, Liberty Counsel issued a press release that tells a very different story. The way it spins the story (“spin” is really too generous a word), the city “returned the Nativity, along with other secular items, to the park.” But the city didn’t “return” the nativity display; it put up a new display, including secular figures.

Why would Liberty Counsel slip in this white lie? Well, it wants to impugn FFRF as “willing to lie about the state of the law,” and falsely says FFRF “admits it falsely intimidated city officials” by complaining about the earlier nativity. To make this seem plausible, they had to say that the city reversed course completely by putting the same nativity back up, which it did not.

Liberty Counsel urging the city to add secular displays to the nativity actually affirmed that FFRF has been right all along in complaining about the stand-alone nativity. If FFRF had been “falsely intimidate[ing] city officials” since 2007, Liberty Counsel would have told them to put the nativity back just the way it was. When Liberty Counsel recommends that the government make a display less Christian, you know the display was way out of line to begin with.

FFRF stands strongly by its position, which has not changed since 2007, that religious symbols, such as nativity scenes, do not belong on public property. Not only were FFRF’s complaints over the original nativity scene on point, but the government’s involvement with these displays also remains problematic for at least two reasons.

First and foremost, the government represents a pluralistic society. Religious messages are necessarily exclusionary in nature. They communicate approval of religious ideas that only one group of citizens share. There is simply no reason to insert this exclusion and divisiveness onto government property. Nonreligious holiday displays are inclusive, and there is no shortage of private property for messages that only represent the views of one slice of the population.

Second, although the Supreme Court has found that some holiday displays may be permissible when they are part of a large secular display, this determination is highly dependent on particular facts and circumstances. Context matters. In this case, most people would look at the city’s long history of maintaining the stand-alone nativity, followed by putting up a new nativity with some “token” secular symbols at the urging of a Christian anti-liberty law firm, as a fairly clear endorsement of Christianity.

Of course, Liberty Counsel is always happy to jump to the defense of government actors who want to use their position to promote their personal religion so long as that religion is Christianity. They’ll apparently do anything to spin a story of Christian persecution—even it means blatantly ignoring a commandment against “bearing false witness.”

Ryan Jayne received a B.A. in philosophy from the University of Wisconsin-Milwaukee Honors College in 2007. He attended law school at Lewis & Clark in Portland, Ore., where he served as an associate editor for the Animal Law Review at Lewis & Clark and co-founding the Pacific Northwest’s first Secular Legal Society. Ryan graduated cum laude in 2015, began working with FFRF in January of 2015, and became a Diane Uhl Legal Fellow in September 2015, specializing in faith-based government funding. Ryan became an FFRF staff attorney in September 2017 and is a member of FFRF's Strategic Response Team, spearheading FFRF's state-based legislative advocacy.
All Articles by this author
PrevPreviousWar on Christmas: dispatch from the front lines
NextTaking a breather — not!Next