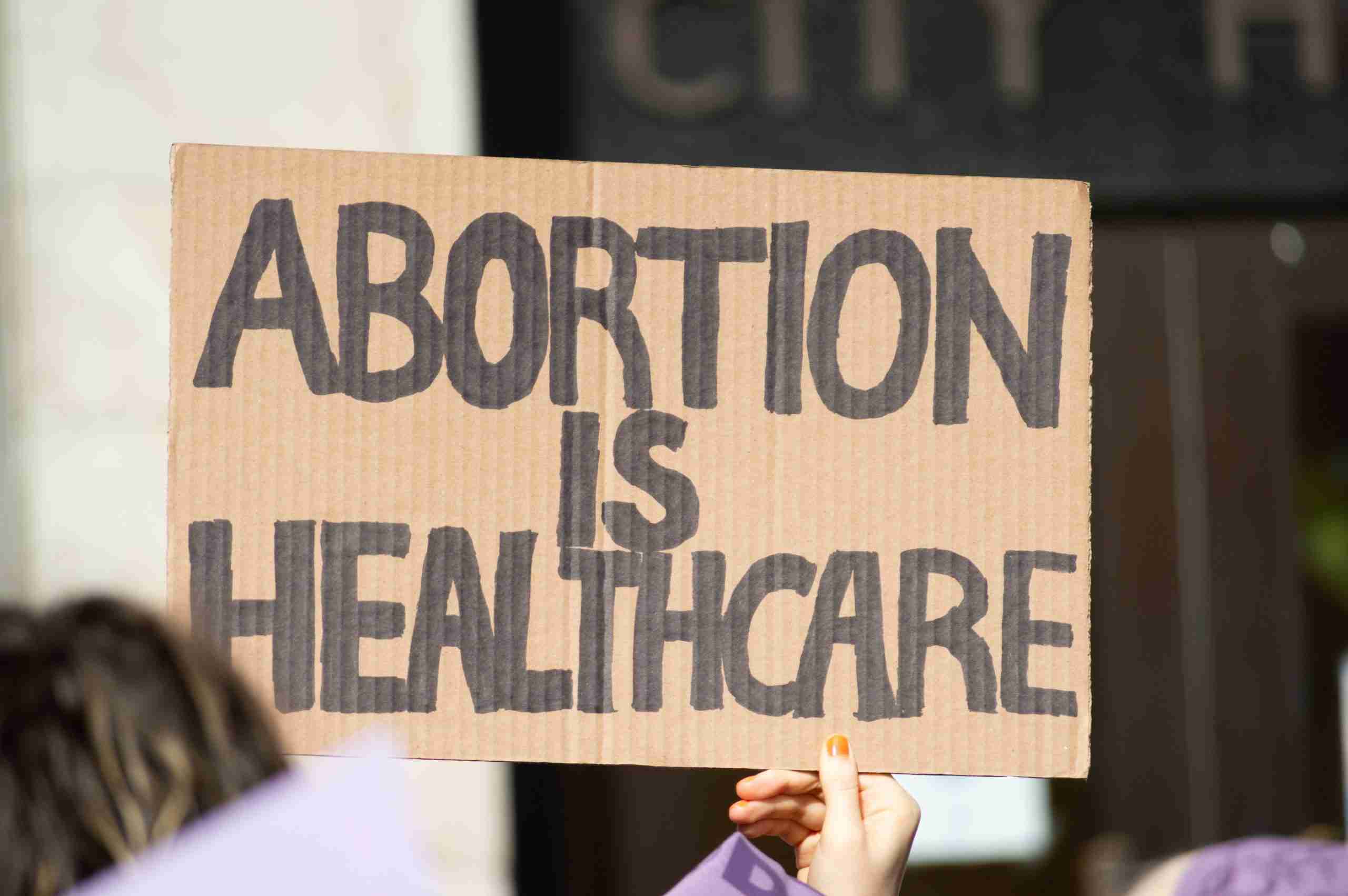 During this time of relentless attacks on abortion throughout the United States, it is heartening to see governments elsewhere affirm the right to an abortion and stand up against anti-abortion harrassment. Last week, Spain did just that when it passed a law that anti-abortion demonstrators could face a year-long prison term if they try to “impede a woman from exercising her right to voluntarily interrupt a pregnancy” through “bothersome, offensive, intimidating or threatening act.” The new rule  also applies to the harassment and intimidation of health staff at abortion clinics.

The United States should take note of Spain’s anti-abortion harassment law. U.S. abortion providers and patients have endured harassment at abortion clinics for decades. Most of these terrorists do it under the banner of religion. One of the first examples of such violence was in 1982 when Dr. Hector Zevallos and his wife were kidnapped at gunpoint and held hostage for over a week by members of the “Army of God.” Among other abortion staff and providers killed by religious fanatics was Dr. David Gunn, who was shot in 1993 while entering an abortion clinic during an anti-abortion demonstration by Rescue America. Dr. George Tiller was killed at point-blank range in 2009 by Rachelle “Shelley” Shannon. Law enforcement found “Army of God” manuals in her possession.

Rescue America, an anti-abortion extremist group, caused more than $13 million in damage between 1982 and 1996 through more than150 incidents of bombing, arson and shootings. A statement signed by supporters of anti-abortion groups like Life Enterprises, Advocate for Life Ministries, and the American Coalition of Life Advocates defended the killing of Dr. Gunn: “We, the undersigned, declare the justice of taking all godly action necessary to defend innocent human life including the use of force. We proclaim that whatever force is legitimate to defend the life of a born child is legitimate to defend the life of an unborn child. We assert that if Michael Griffin did in fact kill David Gunn, his use of lethal force was justifiable provided it was carried out for the purpose of defending the lives of unborn children. Therefore, he ought to be acquitted of the charges against him.”

Dr. George Tiller was killed by a single gunshot to the head by Scott Roeder, who had reportedly been in communication with Army of God members, including Shelley Shannon. Roeder had also participated in demonstrations by Operation Rescue, one of the most visible anti-abortion Christian activist organizations in the United States.

This is only a small sampling of the many injuries and deaths that clinic workers have endured for 40 years. Many of the assailants are still at large, and in at least one instance, a sniper took refuge in a monastery run by a St. Pius X Catholic sect.

According to the National Abortion Federation (NAF), since 1977, there have been 11 murders, 26 attempted murders, 42 bombings, 194 arsons, and thousands of incidents of criminal activities directed at abortion providers.

And the current state of abortion restrictions and bans throughout the country are only heightening the violence. NAF’s most recent report found a 125 percent increase in reports of assault and battery outside of clinics and an increase in death threats and threats of harm. The report also found that internet harassment, hate mail and harassing phone calls rose to 3,413 instances in 2020.

These numbers say nothing of the harassment that patients endure when they go to receive abortion care. In a scholarly journal article, researchers interviewed those who have bravely shared their own abortion stories online.  Storytelling is important because it normalizes abortion. In fact, one in four women will have an abortion by the time they are 45 years old. (This number that doesn’t account for trans and nonbinary folks who also seek abortion care).

And yet, despite the commonality of abortion, the stigma is heavy. Many people who shared their abortion stories reported the “emotional toll of harassment and threats” that they endured. In fact, the majority who share their stories online use aliases or only say their first name to try and protect themselves from retribution. One person said, “I fear some of these people might come after me and attempt to harm my family or me if they know who I am.” Others have been ostracized from their communities: “I had a dear friend … tell her family … I was no longer welcome in their home. After telling one or two friends, they stopped speaking to me. Some called me [a] baby killer.” Aside from “baby killer,” the most common insult hurled at abortion patients is “murderer,” with “unfit mother,” and “devil worshiper” among the many other invectives.

In my own life, I know of a young woman who was shamed by her therapist for having an abortion. That therapist referred her to a Crisis Pregnancy Clinic. Crisis Pregnancy Clinics are fake clinics that masquerade as health centers. Their goal is to dissuade women from having abortions and most are funded by churches (or, unfortunately, are at taxpayer expense in many localities). My acquaintance left the office totally dejected and shamed, but fortunately later reported the therapist for lack of professionalism.

Those who seek abortion care at a clinic are bound to face anti-abortion extremists. It’s common for Crisis Pregnancy Centers to position themselves next to or directly across from abortion clincis in the hopes of confusing and luring patients arriving for their appointments. Many use graphic images, hand out rosaries and religious literature, and shocking props like baby dolls on nooses and fetuses in strollers. Some have spit on women who are walking into the clinics, while others shout to patients that they are murderers and that “God has a plan.” Beyond this, many anti-abortion extremists take pictures of patients, as well as their license plate number and picture of their car and post them in public forums where patients can be harassed.

For those who unfortunately get lured into a Crisis Pregnancy Center, patients are often forced to watch misrepresented films or look at exaggerated photos or graphics designed to scare women away from abortions. One Milwaukee fake clinic told a woman that she “had the devil inside her.” Others are taken to chapels to pray.

That’s why Spain’s move to imprison those who conduct such cruel behavior is so inspiring. In the United States, protections for clinics and patients are totally inadequate. A mere 14 states and the District of Columbia prohibit certain actions aimed at abortion providers and only three states have a “bubble zone” around a person within a specific distance of a clinic’s entrance or driveway. Furthermore, the U.S. Supreme Court has ruled that Crisis Pregnancy Centers, which often receive tax dollars, are protected by free speech.

Other countries are also taking action to defend abortion clinics. This past weekend in Glasgow, Scotland, a group of 76 doctors demanded action after a 100-person anti-abortion protest was held outside the Maternity Unit at the Queen Elizabeth University Hospital. Referencing the newest Spanish penal code, the doctors said that “It is time to follow the lead of the Northern Ireland Assembly who passed a Safe Access Zones bill last month, Spain who last week legislated against harassment or intimidation of women, and the Australian Government who introduced safe access measures in 2021.” The physicians added, “We ask the Scottish Government, and the Women’s Health Minister particularly, to take action immediately to move these protesters away from our hospital doors. We have been watching our patients get bullied for far too long now. The women of Glasgow, the women of Scotland deserve better than this.”

Indeed, all women deserve better than this. There is much is to be done in the United States to protect abortion care, for both patients and providers. Let’s take inspiration from countries like Spain that are protecting not only the right to an abortion, but the right to access abortion safely and without intimidation.

BARBARA ALVAREZ is a contributing writer for the Freedom From Religion Foundation. Previously she had held the role as FFRF's inaugural Anne Nicol Gaylor Reproductive Rights Intern, a program set up to memorialize FFRF’s principal founder, who was an early abortion rights activist and author of the book Abortion is a Blessing. Barbara was a major winner in FFRF’s essay competition for graduate students, writing about the bible’s role in the abortion battle.
All Articles by this author
PrevPreviousConstitutional corrections, senatorial rebukes, national TV ads and student activists
NextReligious holidays without religionNext