Skip to content
PrevPreviousSupreme concern, exvangelicals, secular grieving, and The Enlightenment
NextMarch for abortion rights and share your secular photos with FFRFNext 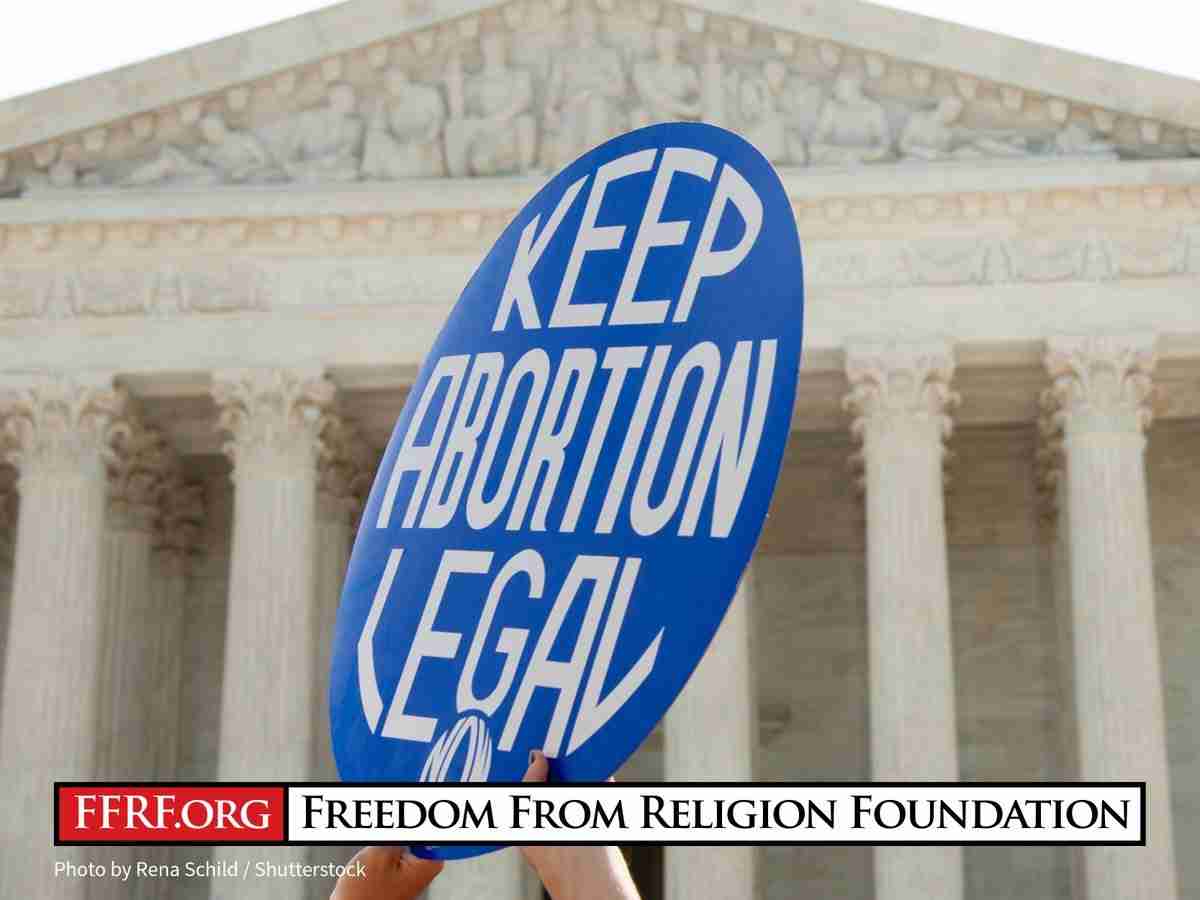 As secular voters, we must take action to quell religiously rooted abortion restrictions — and Tuesday, Sept. 28, is an important day to do just that.

International Safe Abortion Day, also known as Day of Action for Access to Safe and Legal Abortion, was begun over 20 years ago by women from Latin America and the Caribbean. For more than two decades, these women have been mobilizing around Sept. 28 to demand that their governments provide safe and affordable abortion services, as well as end the stigma and discrimination against women who have an abortion. In fact, the activism is so heightened that in Brazil, Sept. 28 is known as “day of the free womb.” In 2011, Women’s Global Network for Reproductive Rights took the campaign global, inspiring activists from around the world to call out their governments for harmful abortion legislation and restrictions.

As abortion care is threatened throughout the world, we are also seeing such draconian abortion laws in the United States. In fact, 2021 has been deemed the worst legislative year for abortion rights in 50 years, with more than 90 abortion restrictions enacted.

The cruelest anti-abortion restrictions that we have seen this year is the Texas abortion ban, SB 8, which makes abortion illegal at just six weeks of gestation — far earlier than when most women even know that they are pregnant. Shockingly, the law deputizes ordinary citizens to be abortion bounty hunters, promising up to $10,000 for successfully suing individuals who help provide or procure abortion care. The ultraconservative Supreme Court, which boasts anti-abortion Catholic justices such as Amy Coney Barrett and Brett Kavanaugh, refused to block the draconian law — upending decades of legal precedence. Other anti-abortion states are now emboldened to implement horrific copycat legislation.

And in December, the U.S. Supreme Court will hear arguments in Dobbs vs. Jackson Health Organization, an anti-abortion law that could effectively overturn the foundation of Roe v. Wade. The Freedom From Religion Foundation filed an amicus brief last week in this case, stating: “Religion has always been at the heart of anti-abortion legislation, and Mississippi House Bill 1510 is likewise motivated by religious ideology.”

Indeed, there is no scientific basis to restrict abortion care and access — only religious ideology. Abortions are an extremely safe procedure, especially when conducted before 12 weeks of gestation, when 90 percent of abortions take place. Major complications occur in less than a quarter of 1 percent, less than complications from wisdom tooth removals. Women are 14 times more likely to die during childbirth than they are from any abortion complication. And 99 percent of women who have received abortions do not regret their decision. Instead, they feel relief over their choice.

When abortion is restricted it doesn’t stop abortions, but it does make safe abortions much more precarious. In countries that have banned abortion, abortion care becomes more dangerous as women seek alternative avenues.  This has resulted in 23,000 preventable pregnancy-related deaths every year.

For International Safe Abortion Day, let’s stand up for women’s rights and secular values by urging our senators to join their colleagues in the U.S. House and pass the Women’s Health Protection Act, which would end medically unnecessary abortion restrictions. The Freedom From Religion Foundation submitted written testimony in support of this act, and FFRF members helped the bill pass the House of Representatives. International Safe Abortion Day is the perfect day to call on our senators and demand that they protect abortion care.

BARBARA ALVAREZ is a contributing writer for the Freedom From Religion Foundation. Previously she had held the role as FFRF's inaugural Anne Nicol Gaylor Reproductive Rights Intern, a program set up to memorialize FFRF’s principal founder, who was an early abortion rights activist and author of the book Abortion is a Blessing. Barbara was a major winner in FFRF’s essay competition for graduate students, writing about the bible’s role in the abortion battle.
All Articles by this author
PrevPreviousSupreme concern, exvangelicals, secular grieving, and The Enlightenment
NextMarch for abortion rights and share your secular photos with FFRFNext