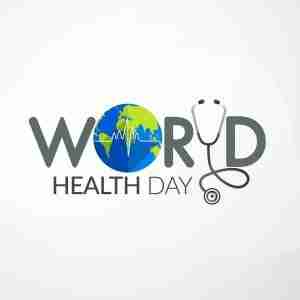 For an important global health observance, we need to recommit ourselves to secular values.

Every year since 1948, the World Health Organization has declared April 7 to be World Health Day. On this day, awareness is raised around a specific health theme, and this year’s theme is: “Building a fairer and healthier world for everyone.” The WHO has announced that it is time to eliminate health inequities in order to “build a fairer, healthier world.” Amid a global pandemic that has claimed over 2.8 million lives worldwide (and more than 550,000 in the United States), this awareness is more important than ever.

Lack of affordable and accessible health insurance, disinformation surrounding health procedures and legislation that restricts care are just some of the ways that health inequities abound on a national and global scale. As a secular activist for women’s reproductive rights, I can’t help but think that so many of these health inequities for women are rooted in religion.

For example, millions of women and girls do not have access to affordable hygiene products because of the stigma surrounding menstruation. In fact, in the United States, one in five girls misses school because of lack of menstrual products. In other countries, women are banished to huts during their period, where they are at a risk for illness, being attacked and even death. The shame surrounding the normal, natural process of menstruation can be traced to texts and practices across many global religions.

Birth control, voluntary sterilization and abortion are all highly regulated and restricted in the United States. Under the guise of religious freedom, the Religious Right has sought to normalize policies and practices that make these reproductive health care choices difficult to obtain. For instance, Catholic hospitals in the United States have grown rapidly. These hospitals, which often operate in rural and low-income areas, do not provide any of these services despite receiving billions of taxpayer dollars per year. Many of these hospitals do not even disclose their Catholic identities and patients are often unaware of the care that they can and cannot receive.

And, of course, the gruesome Hyde Amendment and Global Gag Rule deny millions of women their bodily autonomy to an abortion. The Hyde Amendment, which was introduced by the staunchly Catholic Rep. Henry J. Hyde back in 1976, denies subsidized abortion care to women on federal health insurance programs such as Medicare or Indian Health Services. Millions of women have suffered over the past many decades, since abortion denial leads to higher maternal mortality rates.

The Global Gag Rule, formally known as the Mexico City Policy, restricts U.S. dollars from any organization that so much as mentions the word “abortion” or provides these services. As such, more than 25 million unsafe abortions occur around the world each year. And while the Biden administration has repealed the Global Gag Rule, it has been reinstated by Republican presidents every year since 1984.

Let’s honor World Health Day by standing up for secular values in health care. That means ending religious influences in health legislation, policies, and practices. We can call on our legislators to support the Equal Access to Abortion Coverage in Health Insurance Act of 2021, or the EACH Act, which was recently reintroduced. This bill would end the draconian Hyde Amendment and make abortion accessible and affordable to millions of women throughout the country. FFRF has joined All* Above All, a women of color coalition, and 150 other groups, including Planned Parenthood Federation of America, Religious Coalition for Reproductive Choice, and SisterSong: Women of Color Reproductive Justice Collective, to champion this bill.

Let’s also call on our legislators to support free menstrual products in schools. FFRF members are doing just that in states like Delaware and Hawaii.

And we can donate to organizations like the Women’s Medical Fund of Wisconsin. The fund, which was started by FFRF’s principal co-founder Anne Nicol Gaylor, helps an average of 900-1,000 Wisconsin residents obtain affordable abortion care each year. You can make a tax-deductible donation here.

Reproductive health care, including abortion, is health care. We must make our secular voices be known and firmly oppose the religious imposition on health care both domestically and internationally. That is the path to achieving true health equity.

BARBARA ALVAREZ is a contributing writer for the Freedom From Religion Foundation. Previously she had held the role as FFRF's inaugural Anne Nicol Gaylor Reproductive Rights Intern, a program set up to memorialize FFRF’s principal founder, who was an early abortion rights activist and author of the book Abortion is a Blessing. Barbara was a major winner in FFRF’s essay competition for graduate students, writing about the bible’s role in the abortion battle.
All Articles by this author
PrevPreviousHow preachers turned faith into a sleazy business
NextReligious governors are a danger to our healthNext