Skip to content
PrevPreviousWe’re planting our flag all over the world
NextA cross, an honor, an ad and a Chicago Tribune columnNext

We at the Freedom From Religion Foundation are used to dealing with over-the-top theocratic officials but this week was in a league by itself. 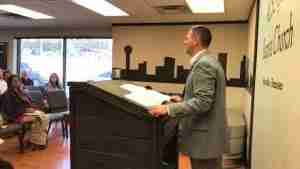 “Fritts has a First Amendment right to exercise and preach his religion. He remains free to spout all manner of bigotry and hate,” stated FFRF Director of Strategic Response Andrew Seidel. “However, he is absolutely prohibited from using a government office — a government job, uniform, badge, weapon, or power — to promote or carry out these evil, immoral religious beliefs.”

In our “Newsbite” segment, we have Andrew talk about Fritts’ outrageous comments, along with clips of Fritts’ sermon advocating mass murder. 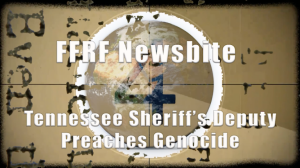 Tennessee presented us with another doozy this week in the form of a DA who flaunts his bigotry against LGBTQ and Muslim citizens. We asked that he resign.

“DA Northcott has impermissibly crossed the constitutional line over and over again,” said FFRF Co-President Annie Laurie Gaylor. “This is a grossly discriminatory use of his office and cannot be tolerated.”

Tennessee hasn’t been the only state throwing us constitutional curveballs. Our home state of Wisconsin has quite a character as a school board member. Alvin Dupree, a pastor who’s a member of the Appleton Area School District Board of Education, recently proclaimed at a public high school graduation ceremony: “For me, my source of strength is my faith and my relationship with Jesus Christ.” We’re insisting that the school board rein him in. 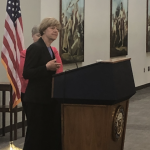 Parlaying on Capitol Hill
Even with all these kooks, we still found the time and energy to do a lot else. Our new lobbyist on Capitol Hill, Mark Dann, was recently at the 2019 Congressional Pride Reception, sponsored by the Victory Institute, which works to increase the number of LGBTQ people in public office. Wisconsin Sen. Tammy Baldwin spoke passionately about how she started clandestine meetings with 14 other LGBTQ elected officials in the 1980s that helped to establish the Victory Institute. LGBTQ legislators, it goes without saying, are most often staunch champions of the separation of state and church.

Mark wrote a letter this week to our members explaining all that he’s doing — and setting out to do. It’s definitely worth a read. He will be at our October convention here in Madison, Wis., if you’d like to meet him. 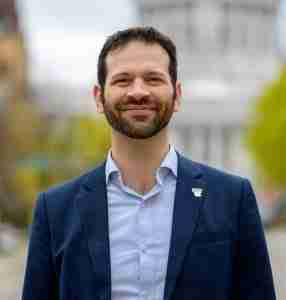 We received media coverage
We also got the secular word out in the media. FFRF Staff Attorney Ryan Jayne had an op-ed published in Connecticut’s largest newspaper about why a statehouse plan to pay for security at houses of worship was wrongheaded. “Legislators undoubtedly mean well by proposing funding for church security but, as they say, the road to hell is paved with good intentions,” he wrote in the Hartford Courant.

Our complaint about a religious crisis pregnancy center being invited to give a presentation at Kentucky public middle schools received attention, too.

“The Freedom From Religion Foundation is calling for more details about why this partnership occurred and demanding the district put a stop to it,” writes Hemant Mehta on his Friendly Atheist blog. “No students should be taught about health education from an unlicensed ministry leader with no qualifications and a very clear right-wing agenda.”

We’ll continue our fight
We decided to defer our struggle against a blatantly unfair massive clergy giveaway. We have full confidence in the legal merits of our challenge of the discriminatory pastoral housing allowance privileges. We did not feel the same confidence, however, in how the current Supreme Court would rule in our case, had we appealed. By ending our challenge at this time, the Freedom From Religion Foundation is making it possible for another challenge to be taken in the future, and we hope to be part of that. 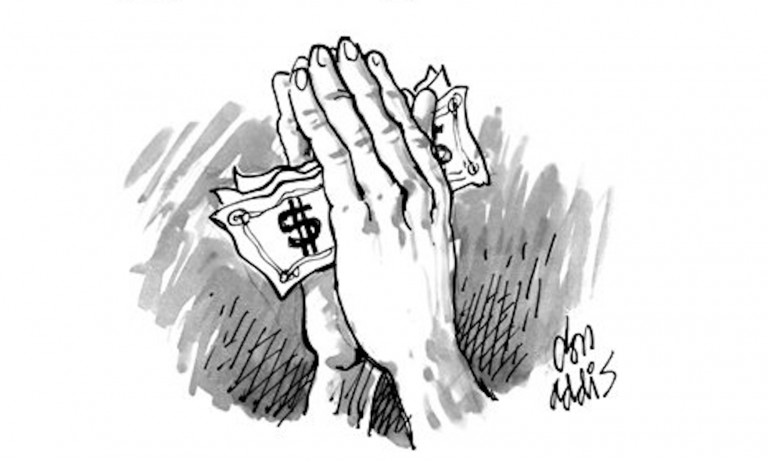 Post-Christian cities are proliferating
Our “Ask an Atheist” Facebook Live feature was a fun one this week, with Staff Attorney Sam Grover and Legal Assistant Kristina Daleiden cheerily discussing a recent study regarding the most nonreligious cities in the United States. 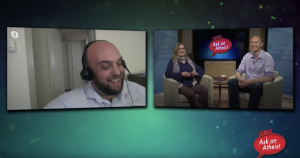 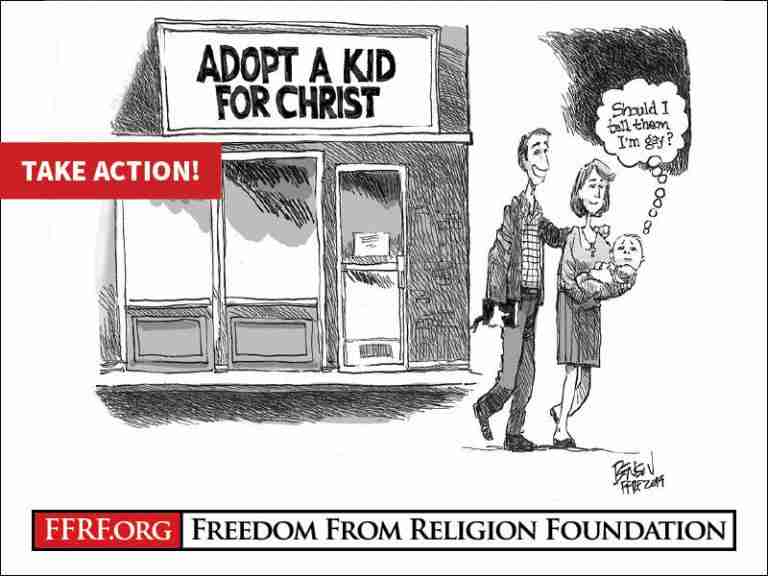 And help us get on the airwaves
You can also help us in making our presence felt on the airwaves. Ask your local station to run Freethought Radio to get the secular perspective heard on air. Call us at (608) 256-8900 if you have questions. This week, Annie Laurie and FFRF Co-President Dan Barker chat about the egregious Tennessee officials and then speak with the founder and president of Rationalist International, Sanal Edamaruku, who had to flee India to Finland after being accused by the Catholic Church of blasphemy. Sanal informs us about a rationalist conference in Cambridge, United Kingdom, in late July.

Our TV show is on summer break
Our TV show, “Freethought Matters,” is on hiatus till after Labor Day, when we’ll be back with riveting interviews and discussions about all things freethought. Mark your calendars!

Whether it’s utilizing different types of media or taking to task an assortment of horribly theocratic officials — we’re able to do it all only because of you and your support.

All Articles by this author
PrevPreviousWe’re planting our flag all over the world
NextA cross, an honor, an ad and a Chicago Tribune columnNext