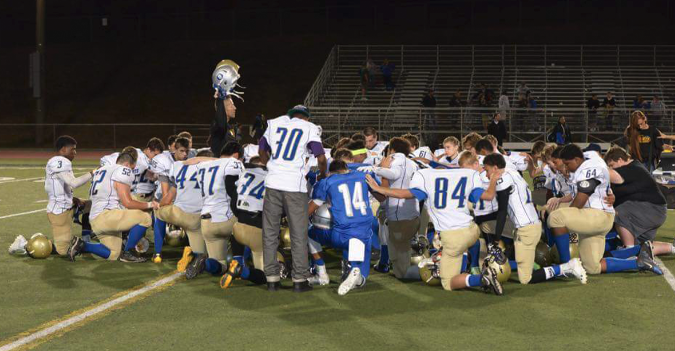 The U.S. Supreme Court is poised to gut constitutional protections for public school student athletes in the name of “religious freedom.” The case in question is Kennedy v. Bremerton School District, in which a former Washington high school football coach, Joe Kennedy, is claiming that the Bremerton district violated his free speech and free exercise rights by disallowing his very public postgame prayers at the 50-yard line.

Unsurprisingly, during oral argument on April 25, the court’s conservative majority seemed keen to find a way to side with the coach. But in order to achieve their desired result, the justices are going to have to ignore their own legal precedent, critical facts and common sense. It’s doubtful that they will let any of those things stand in their way.

The relevant legal precedent is decades of Supreme Court rulings recognizing the critical importance of separating state and church in the public school context in order to protect each student’s individual right of conscience. Case after case tells us that public schools and their employees cannot coerce students to participate in prayer. There’s Abington v. Schempp (1963) (no bible readings or loudspeaker prayers at the start of the school day), Lee v. Weisman (1992) (no clergy-led prayers at graduation ceremonies) and Santa Fe ISD v. Doe (2000) (no student-led prayers over loudspeakers before football games). But was Kennedy really trying to coerce students with his prayers? Yes. Yes, he was.

The critical facts in the case are these: For years, Kennedy made pushing his personal religious beliefs onto students a central component of his coaching style. He regularly led team prayers at the 50-yard line and in the team’s locker room. Every member of the team participated. After the school got wind of this practice, it told him to stop leading team prayers, but also sought to accommodate Kennedy’s desire to pray privately by offering him the use of the press box or another private location to do so. Kennedy refused these offers because for him it was never about having a private moment to pray; it was about making a public showing of his faith in a way that might influence his players.

Despite the eminently reasonable actions of the school district, Kennedy claims that what the district is really doing is targeting him for being a Christian and attempting to stifle his religious freedom. Hardly. Kennedy’s version of events is so unreliable and self-serving that one of the judges hearing his case on appeal called it a “deceitful narrative.”

Finally, common sense tells us that Kennedy should lose this case, just like he did in both the district court and before the 9th U.S. Circuit Court of Appeals. As a coach, Kennedy held a position of power over his players. He decided whether they got to be on the team, whether they got playing time, and for some, whether they’d get a positive recommendation to play at the college level. Kennedy was abusing that power to coerce student athletes into praying. And until he got caught, it was working.

One Bremerton parent reported that his son felt “compelled to participate” because he feared that he “wouldn’t get to play as much.” Other parents said their children participated in the prayers because they didn’t want to be separated from the team. During oral argument, even Justice Brett Kavanaugh recognized the reality of this situation when he noted that every player “is trying to get on the good side of the coach.”

Another piece of common sense tells us that what Kennedy was doing was simply bad coaching. Contrast Kennedy’s proselytizing tactics to Doc Rivers, who in 1999 — as head coach of the Orlando Magic in the very first season of his NBA coaching career — chose to end pregame prayer after he “looked up in one of the prayers, and [noticed that] Tariq (Abdul-Wahad) had his arms folded, and you could see that he was really uncomfortable with it.” So the next game, Rivers, who describes himself as “very religious,” told his team they would no longer have pregame prayer. Rivers told them, “I want to take a minute. Everybody close their eyes. We all can have different religions, we have different gods, we can just take a minute to compose. If you guys want to pray individually, you can do it. If you want to meditate, do whatever you want.” After the game, Rivers recalls, “Tariq Abdul-Wahad walks in to me, gives me a hug with his eyes tearing, and said: ‘Thank you. That is so important to me. No one has ever respected my (Muslim) religion.’ He said, ‘I’m going to give you everything I’ve got.’”

So, Kennedy was pushing prayer on public school student athletes, not because it’s legal (it’s not), and not because it’s good coaching (it isn’t). Given Kennedy’s history of inflicting prayers on his players, it should be crystal clear to the Supreme Court why he has fought so hard to continue praying at the 50-yard line after games. Kennedy has sought every opportunity to use his coaching position to press his personal religious beliefs onto his players.

That’s what this case is about. That’s the reality that the Supreme Court is going to ignore when it sides with Kennedy. And when it does, FFRF will fight like hell to protect the rights of nonreligious and minority religious students.

Sam Grover received his B.A. in philosophy and government from Wesleyan University in 2008. He first worked for FFRF in 2010 as a legal intern while attending Boston University School of Law. In 2011, his article on the religious exemptions in the Affordable Care Act’s individual health insurance mandate was published in the American Journal of Law and Medicine. After receiving his J.D. from Boston University in 2012, Sam worked as a law clerk for the Vermont Office of Legislative Council where he drafted legislation on health care, human services, and tax issues. He returned to work as a constitutional consultant for FFRF in the fall of 2013. Sam has written a paper on counterterrorism and the law that was published by the Memorial Institute for the Prevention of Terrorism in Oklahoma City and has traveled to southern Africa to work under Justice Unity Dow of Botswana’s High Court.
All Articles by this author
PrevPreviousWe need to #FreeThePill
NextWhite evangelicals are a political curseNext