Skip to content
PrevPreviousEvangelism and the anti-abortion movement: It’s all about the bottom line
NextFFRF responds to Trump, Congress and the SupremesNext

James Baldwin was brilliant on religion, too 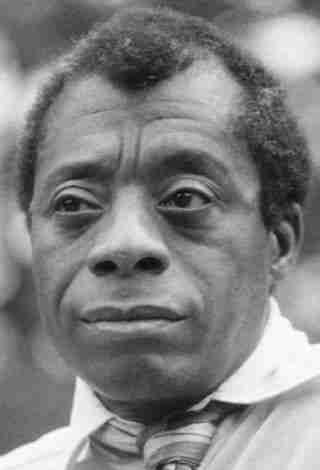 James Baldwin is being frequently remembered and quoted during the racial unrest gripping our country. However, here’s something few people know: Baldwin was a popular Pentecostal preacher in Harlem at age 14 — but at 17 he renounced religion as a sham.

Years later, he described his boyhood transformation in an essay titled “Down at the Cross,” first published in The New Yorker, then reprinted in his civil-rights book, The Fire Next Time.

He told of growing up amid the bitter hopelessness of the black ghetto, watching jobless men drink and fight, resenting tyrannical treatment by his preacher stepfather, wishing for escape. The misery around him “helped to hurl me into the church,” he wrote. He soon became a junior minister at the Fireside Pentecostal Assembly, and turned out to be “a much bigger drawing card than my father.”

“That was the most frightening time of my life, and quite the most dishonest, and the resulting hysteria lent great passion to my sermons — for a while,” he said. Considering all the evils of Harlem street life, “it was my good luck — perhaps — that I found myself in the church racket instead of some other, and surrendered to a spiritual seduction long before I came to any carnal knowledge.”

The “fire and excitement” of Pentecostalism were captivating, Baldwin wrote — but he sensed subconsciously that it was bogus, and by 17 suffered “the slow crumbling of my faith.” It happened “when I began to read again … I began, fatally, with Dostoyevsky.”

He continued handing out gospel tracts, but knew they were “impossible to believe.” “I was forced, reluctantly, to realize that the bible itself had been written by men,” he noted. As for the claim that the bible writers were divinely inspired, he said he “knew by now, alas, far more about divine inspiration than I dared admit, for I knew how I worked myself up into my own visions.”

Baldwin wrote that he might have remained in the church if “there was any loving kindness to be found in the haven I represented.” But he finally concluded that “there was no love in the church. It was a mask for hatred and self-hatred and despair.” So his religion ended.

Years later, he visited Nation of Islam leader Elijah Muhammad and decided that Muhammad’s “revelations” about Satan creating “white devils” were just as irrational as Christian beliefs. When Muhammad asked about his faith, Baldwin replied: “I left the church 20 years ago, and I haven’t joined anything since.”

“And what are you now?” Muhammad queried.

“I? Now? Nothing,” the great writer replied.

We can profit from Baldwin’s insights on religion as much as his observations about race.

The column is adapted and updated from a piece first published in the Fall 2000 issue of Free Inquiry.

James A. Haught, syndicated by PeaceVoice, was the longtime editor at the Charleston Gazette and has been the editor emeritus since 2015. He has won two dozen national newswriting awards and is author of 12 books and 150 magazine essays. He also is a senior editor of Free Inquiry magazine and was writer-in-residence for the United Coalition of Reason.
All Articles by this author
PrevPreviousEvangelism and the anti-abortion movement: It’s all about the bottom line
NextFFRF responds to Trump, Congress and the SupremesNext