Skip to content
PrevPreviousEl Paso, Netflix, Kashmir, and a wrong ruling
NextMike Pence, a nonbelieving Congressman, tariff-exempt bibles and “In God We Trust”Next

In the media, on the road and all over

We at the Freedom From Religion Foundation are delighted whenever our voice is heard in the media — and that’s been quite the case recently.

FFRF Co-President Dan Barker explained to residents of Pennsylvania’s Lehigh County in the area’s premier paper why the county seal, which FFRF unsuccessfully challenged, was not only exclusionary but also discriminatory.

“The cross on the Lehigh County seal, in addition to its overt Christian message, signifies historical racism,” wrote Dan, an enrolled and voting member of the Lenape tribe, in the Allentown Morning Call. “The fate of my people in this region demonstrates that fact.”

Read the op-ed. It packs quite a punch. 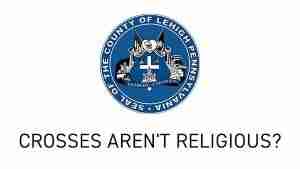 Wisconsin AG, nix the chaplains
We received pride of place in our hometown paper, too. We’ve sued our home state of Wisconsin over a problematic chaplaincy program, and FFRF Director of Strategic Response Andrew Seidel laid out in the Wisconsin State Journal the many ways in which it is troubling.

“It’s best to scrap this chaplain program and, if employees need help, bring in professionals who can serve all DOJ employees, regardless of their religion or lack thereof,” Andrew concluded.

Stop the religious boondoggle!
Our objection to a massive taxpayer giveaway to a San Jose Catholic school, which was facilitated by a mayor with a potential conflict of interest, also grabbed the media limelight.

“The city’s decision to award more than $800,000 of discretionary funds to a private religious school, subsidizing religious instruction, is unconstitutional,” a local media outlet quoted from a letter that FFRF Staff Attorney Ryan Jayne wrote to the San Jose city attorney. “Combined with the mayor’s personal connection to the school and the alleged failure to give public school administrators the same notice provided to Cristo Rey, the appearance of an unfair bias is overwhelming.”

Ryan pithily explains on our “Newsbite” segment why the religious boondoggle was inappropriate, and why we got involved. 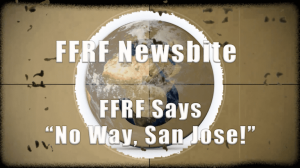 Make your voice heard
A major public amplifier that we have here at FFRF is you. That’s why when we expressed our formal opposition to a new Labor Department rule legitimizing religious discrimination, we asked you to make your opinion heard, too. Every voice counts. 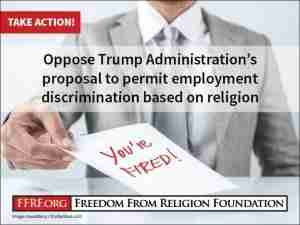 A women’s rights tragedy
We also issued a note of concern when Planned Parenthood was forced to decline federal money due to onerous new Trump administration rules. “It’s an ominous portent that Planned Parenthood announced its forced pullout from U.S. federal funding the very same day a Salvadoran woman’s trial for delivering a stillborn finally ended,” we stated.

On our radio show this week, we discuss the Planned Parenthood situation and then interview law professor, author and humorist Jay Wexler, who talks about his new “road-trip” book, Our Non-Christian Nation: How Atheists, Satanists, Pagans, and Others are Demanding Their Rightful Place in Public Life. 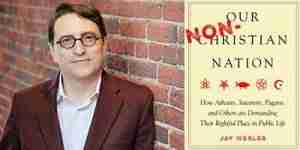 Escaping the Jehovah’s Witness
For our radio show the week prior, we chatted with Amber Scorah, a former Jehovah’s Witness who is the author of a fascinating new book Leaving The Witness: Exiting a Religion and Finding a Life. We now have her on the roster of speakers at our convention in October. 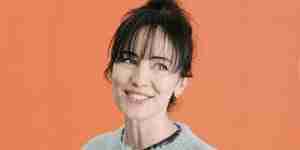 Congratulations!
We proudly announced yesterday the names of our college essay contest winners this year, to whom we awarded a total of $17,550 in prize money. Congratulations! 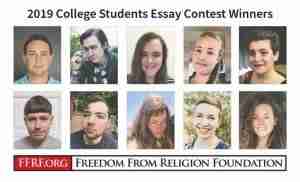 Meet our staffers on the road
Our staff members are on the road in the coming days and weeks, giving you folks a chance to meet them in person. Andrew Seidel is making several appearances in Texas over the next few days talking about his new book, The Founding Myth: Why Christian Nationalism is Un-American. And Dan and FFRF Co-President Annie Laurie Gaylor will be in Spain and the Netherlands next week to spread the freethought message.

Whether it’s through the media, face-to-face or otherwise, all the work we do is only possible due to you and your generosity.

All Articles by this author
PrevPreviousEl Paso, Netflix, Kashmir, and a wrong ruling
NextMike Pence, a nonbelieving Congressman, tariff-exempt bibles and “In God We Trust”Next