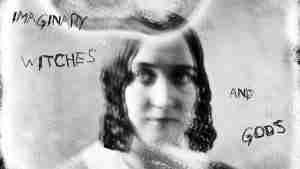 With Halloween around the corner, it is a good time to talk about witches — and their unreality.

For millennia, much of humanity was sure that witches were real. The bible mandates execution for being one: “Thou shalt not suffer a witch to live.” In the infamous medieval witch hunts, thousands of women and men were tortured into confessing that they copulated with Satan, changed into animals, flew through the sky, blighted crops, caused storms, killed children, and the like. After confessing, they were tortured into naming fellow witches, then burned at the stake. Belief in witches remained strong through the Salem witch trials in the 1600s. The last European witch execution was in Switzerland, where Anna Goldi was beheaded in 1782. But the coming of The Enlightenment in the 18th century slowly wiped out the reality of witches. Mark Twain wrote in Europe and Elsewhere:

“During many ages, there were witches. The bible said so. The bible commanded that they should not be allowed to live. Therefore the Church, after doing its duty in but a lazy and indolent way for 800 years, gathered up its halters, thumbscrews and firebrands, and set about its holy work in earnest. She worked hard at it night and day for nine centuries and imprisoned, tortured, hanged and burned whole hordes and armies of witches, and washed the Christian world clean with their foul blood. Then it was discovered that there was no such thing as witches, and never had been. One doesn’t know whether to laugh or to cry. Who discovered that there was no such thing as a witch –— the priest, the parson? No, these never discover anything.”

Today, some people in Africa, India and elsewhere still fear witches and kill suspected women. (One researcher says today’s death toll exceeds that of the historic witch hunts.) But the rest of the world has moved away from this former reality.

When, I wonder, will we follow the same process and quit believing in invisible gods? And devils? And angels? And demons? And heavens? And hells? And miracles? And church supernaturalism in general? It seems logical that advancing human intellect will erase other magic in the same way it erased witchery.

Actually, the process of moving gods into myth has been occurring since World War II, especially since the 1990s. The snowballing decline of Christianity and increase of churchless people in Western democracies implies that these cultures no longer think supernatural beings are real.

My granddaughter has a book titled How to Turn Your Ex-Boyfriend Into a Toad. Such comical witchcraft is harmless fun. Nearly everyone knows that it isn’t real — even during Halloween. Now it’s time for gods to enter unreal status, too.

James A. Haught, syndicated by PeaceVoice, was the longtime editor at the Charleston Gazette and has been the editor emeritus since 2015. He has won two dozen national newswriting awards and is author of 12 books and 150 magazine essays. He also is a senior editor of Free Inquiry magazine and was writer-in-residence for the United Coalition of Reason.
All Articles by this author
PrevPreviousStudent rights, Christian nationalism, ‘Judeo-Christian values’ and an atheist minister
NextThe immediate impact of abortion bansNext