A boycott warning, an Oklahoma City newspaper column and a call for removal of mountaintop crosses — the Freedom From Religion Foundation has been responsible for all of this recently.

We threatened Idaho’s governor with a boycott of the state’s famous potatoes if a six-week-ban-and-bounty law targeting abortion (a copy of the infamous Texas measure) is signed by him. “These draconian, overreaching bills remain a huge threat, and must be condemned by thoughtful citizens everywhere,” says FFRF Co-President Annie Laurie Gaylor. If you haven’t done so yet, please contact Gov. Brad Little using FFRF’s fast automated action alert system.

Annie Laurie’s Oklahoma City newspaper column
Our admonition to the Sooner State not to adopt the bible as the state’s official book got a prime spot in the state’s leading newspaper. Annie Laurie concludes her column in The Oklahoman: “The Oklahoma statehouse needs to stop attempting to foist Christianity upon the residents of the state and start working to address their real needs.”

Get rid of those crosses!
Our demand to a Tennessee town to remove a bunch of crosses and a “JESUS RULES” banner from the top of a mountain has gotten media play. “The Freedom From Religion Foundation, which has hundreds of members and a chapter in Tennessee according to a press release, has asked Elizabethton to remove crosses and a Christian banner from the top of the mountain,” says a story in the local newspaper. 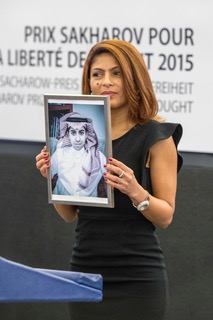 Hurrah for the release of Saudi activist Raif Badawi
We cheered the release of Saudi blogger Raif Badawi, whose 10-year sentence and barbaric 2015 whipping for “insulting Islam online” caused global outrage. “While we are so relieved to know Raif Badawi is out of prison, his plight is a cautionary tale,” comments Annie Laurie. She adds that FFRF will be reaching out to Badawi to offer him the Avijit Roy Courage Award. 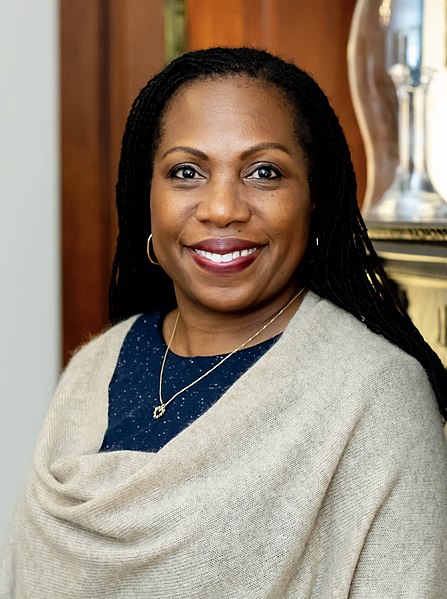 The right questions for Supreme nominee Ketanji Brown Jackson
For obvious reasons, we’re supremely focused on the U.S. Supreme Court, and that’s why we’re calling on the Senate Judiciary Committee to probe nominee Ketanji Brown Jackson about her views on separation between religion and government. “We desperately need to replace Stephen Breyer with a Supreme Court justice who will champion the First Amendment’s Establishment Clause, in the way envisioned by our Founders and as applied by the court until recently,” comments Dan Barker, FFRF co-president. 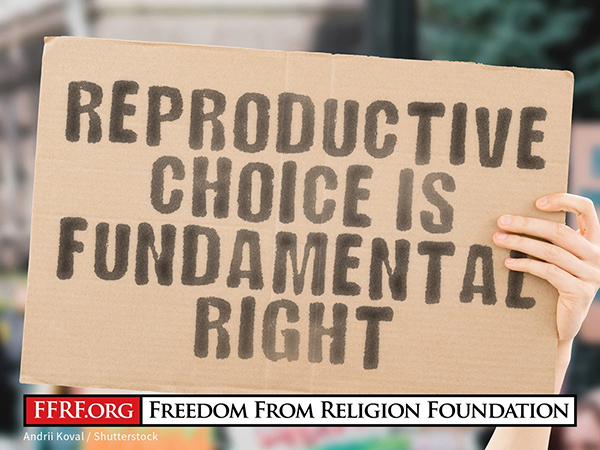 A heartfelt column on the state of abortion rights
FFRF Contributing Writer Barbara Alvarez writes a heartfelt column this week on the damage that the judiciary is inflicting on reproductive rights. She begins: “I woke up yesterday morning feeling particularly heavy. Maybe you’re feeling it, too. After all, it’s been just a few days since the Texas Supreme Court ruled that a particularly cruel abortion ban, SB 8, could remain in effect.” 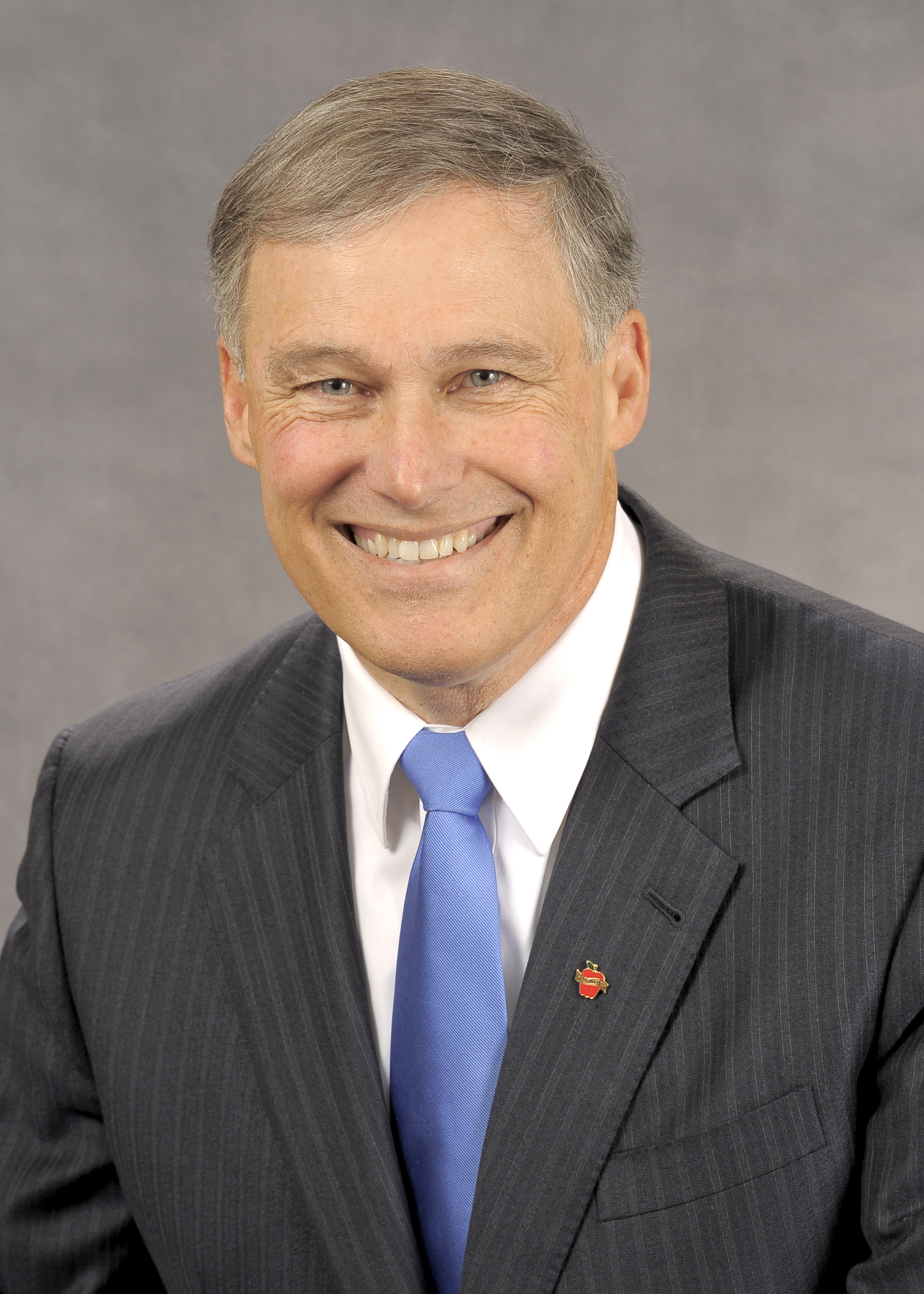 Some news to cheer you up
The state of Washington, thankfully, has provided us a reason to feel less depressed. The governor has recently signed a measure that prohibits legal action against individuals seeking abortion care and those who help them. We commend Gov. Jay Inslee’s commitment to reproductive freedom in the face of the religious war against reproductive rights. 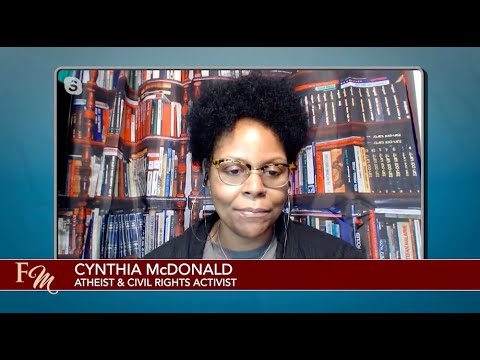 The bible’s role in racial oppression
Our “Freethought Matters” TV show this week makes a secular plea for reparations while eviscerating Christianity’s historical role in racial oppression. “I would get apologetics [on Sunday mornings] about slavery, even though we know that the slave verses in the bible were absolutely used in order to justify chattel slavery in United States,” remarks guest Cynthia McDonald, a medical case manager, artist and health and political advocate who was studying to be a minister before abandoning religion. You can already watch the show on our YouTube channel. Or find out where you can catch it Sunday. 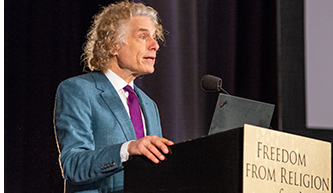 An intellectual Harvard treat
We have an intellectual treat for you on our radio show this week. Freethought Radio plays an excerpt of Harvard Professor Steven Pinker’s speech at FFRF’s convention in Boston about his new book, Rationality: What It Is — Why It Is Scarce — Why It Matters. 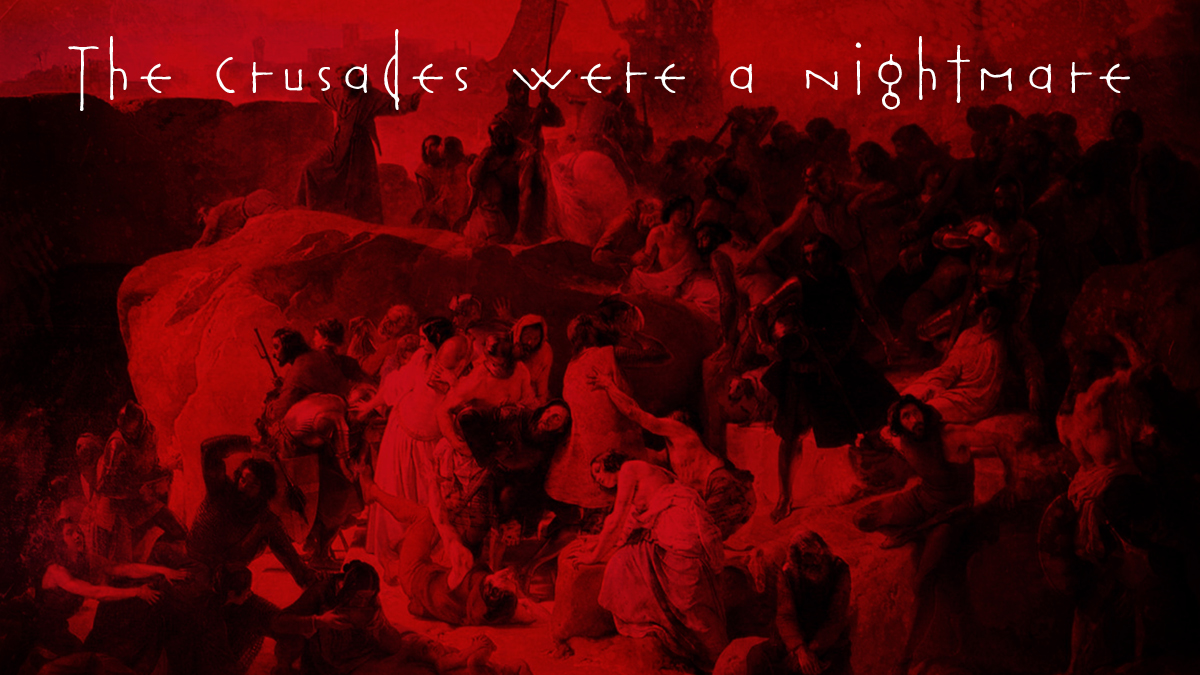 The crusades were a nightmare
Veteran freethinker and writer Jim Haught offers a historical lesson in a column about the inhumanity of the Crusades. “Some people think the Crusades were romantic quests by shining knights wearing crimson crosses — but they actually were a nightmare of slaughter, rape and looting,” he starts his piece, which provides vivid instances of the appalling behavior that religion sanctioned in the medieval era.

With your support, we’ll always be there to spotlight the misdeeds that are being committed in the name of religion — medieval or modern.